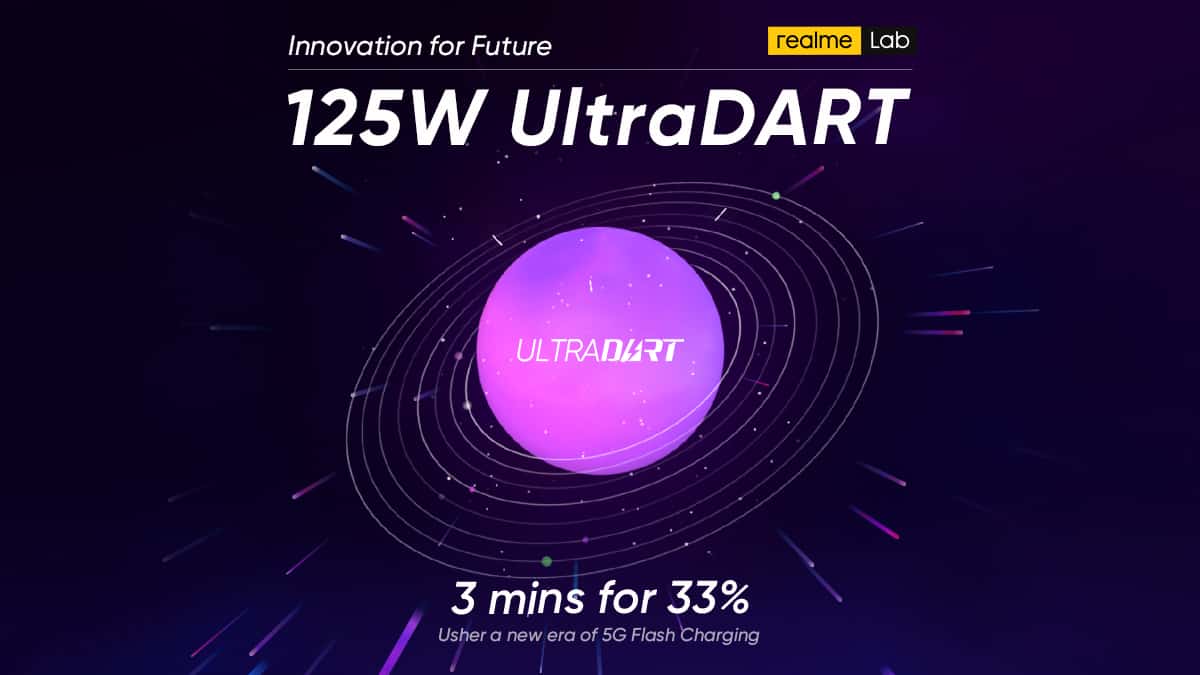 Realme has just announced its very own ultrafast charging called ‘UltraDART’. Do note that Realme is technically OPPO’s sub-brand, so it is probably using the same tech as OPPO.

OPPO unveiled its 125W fast charging yesterday, and this seems to be a rebranded version of it. Realme did make small changes to it, though, it seems. The Realme UltraDART fast charging can charge a 4,000mAh battery from 0 to 33-percent in three minutes.

Realme also wanted to emphasize the safety of this charging. It talked about “ultra-temperature control”, which enables the average temperature to be less or equal to 40 degrees Celsius. That goes for the duration of the charging process, by the way.

It manages to do this thanks to four things. The first one is a reversed battery layout and dual BTB (Board-to-Board) connectors. The second is… MTW (Multiple Tab Winding) battery cells. The third is the vapor cooling system, and the fourth goes to 14 temperature sensors.

It also has compatibility for charging all over the world. It supports voltage between 100 and 240V, when it comes to input. That covers basically everything.

The company also said that it has plans to launch an ultra-thin SuperDart charger, both 50W and 65W one. This product hasn’t been announced just yet, though, but it’s coming soon.

iQOO, OPPO, and Realme have already announced incredibly fast charging. All three companies belong under the BBK Electronics umbrella, and utilize OPPO’s tech, for the most part.

Xiaomi is expected to announce its 120W fast charging as well, really soon. Xiaomi’s tech is a bit different, though, as it has been developed by a completely different company.

Xiaomi’s announcement is expected to come really soon. The company’s phone that supports 120W fast charging has already been certified. That could be the all-new Xiaomi Mi MIX series device.

More and more companies are jumping on board the 100W+ fast charging train. That sounds great, as long as such charging remains safe and doesn’t deteriorate the battery faster than regular fast charging.