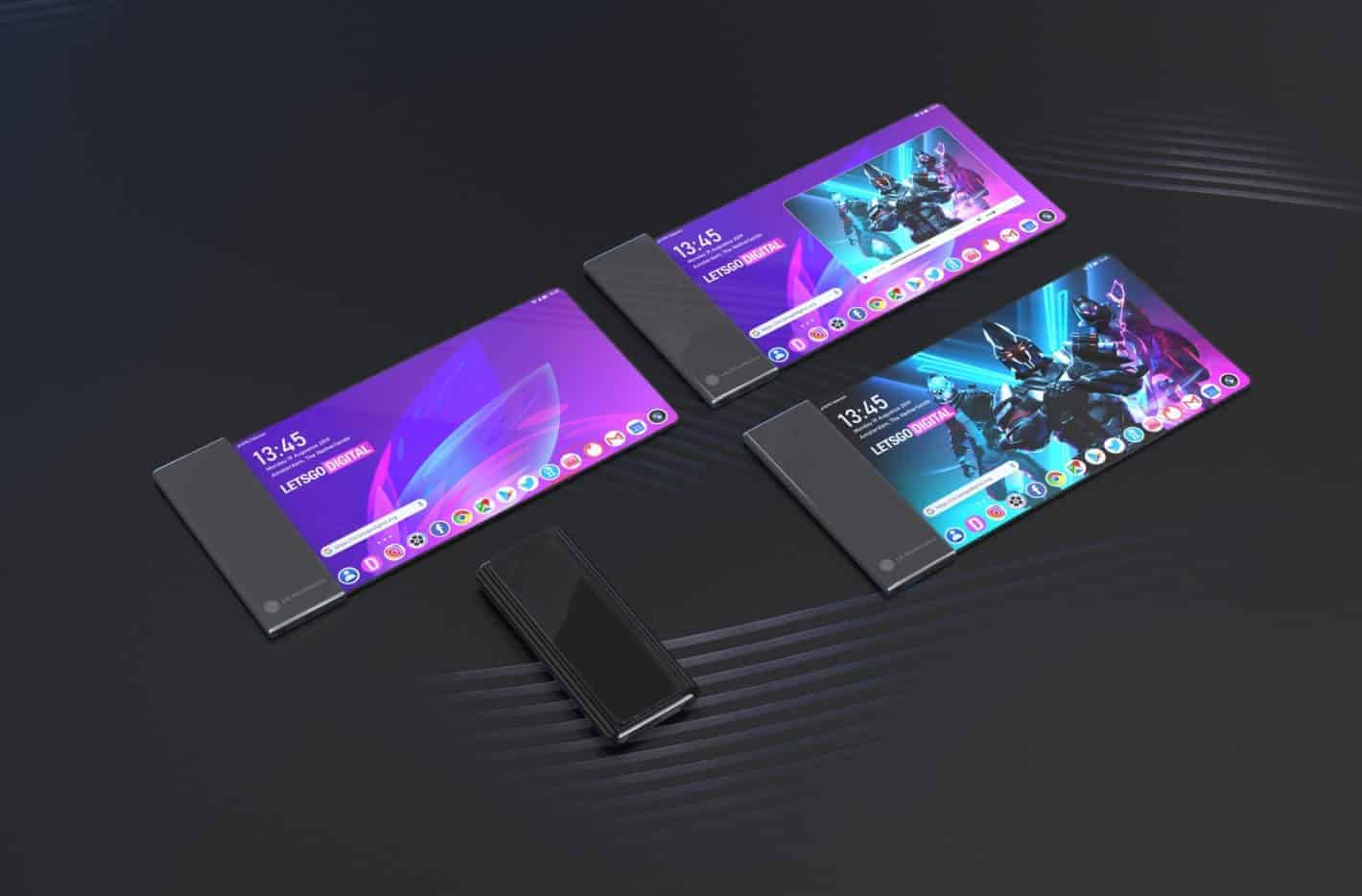 LG is looking beyond folding handsets and toward a future filled with rollable smartphones with a device codenamed “Project B,” according to reports stemming from its home region. More specifically, LG is looking at introducing a device in ‘early 2021’ that will feature a rollable display panel.

As might be expected from that, the South Korean tech giant has allegedly already started work on a prototype. And, if reports are accurate, its design will center around displays that roll out from the sides of the gadget. That will be built using Flexible OLED panels reportedly put together by China’s BOE.

So what will Project B from LG actually be?

Now, LG is no stranger to devices with rollable display panels and has published patents well ahead of Project B showcasing that fact. Among the more intriguing patents published, at least one has been a smartphone that rolls up into a small cylinder when not in use. But it has also patented more practical designs that combine folding mechanisms and rolling displays. For instance, one design showed a display that folds out. Then it extends on a rolling mechanism.

The latter patent would seem to be more practical since it still allows room for traditional internal components. But it’s not immediately clear whether that’s the plan for Project B. In fact, the company already has other technology on the market that could have feasibly paved the way for more radical design.

Of course, that’s the LG SIGNATURE OLED TV R. The smart TV is housed in a short, long box. When activated, it rolls out a display through a slot at the top. The box remains below, housing components, speakers, and other aspects of the television. But when put away, it takes up a comparatively tiny amount of space.

That would, in theory, make for a compelling design if implemented in a smartphone. And that’s not out of the question either, if LG has somehow managed to scale back the design to work with smartphone components. The company will also need to make fairly extensive considerations for software and presentation. But those are areas that it will almost certainly be able to get help from Google if the rumor pans out.

LG plans to introduce two other novel smartphones too, reports indicate. But it remains unclear what exactly sets the others apart. One is noted as being a “horizontal” device launching in the second half of this year. LG has given that the codename “Wing.”

The second device is said to be codenamed “Rainbow.” LG is prepping for launch in the first half of 2021 for that device.

Either of those devices could also feature rollable characteristics. LG’s plan here seems to be to step ahead of the game. Rollable smartphones are undoubtedly on the radar for a number of other companies too but, for the time being, folders seem to be the trend. At least for now.

If LG can make a move ahead of its competitors, it may be able to accomplish success similar to Samsung’s. Or at least Samsung’s foldable devices.

The Samsung Galaxy Fold and Galaxy Z Flip are largely regarded as landmark devices. Each also has a second iteration this year. Whereas several companies are looking forward to rollable smartphones with patents, LG may be the first to launch a full-fledged flagship in the category. That would essentially be staking a claim in unclaimed territory.