POCO has announced its new smartphone in India, the POCO M2 Pro. This device is basically a rebranded Redmi Note 9 Pro, which is not exactly surprising. POCO is Xiaomi’s subsidiary, even though it functions separately.

The phone is made out of metal and glass, and it has relatively thin bezels, especially considering its price tag. It sports a display camera hole, which is centered. Its bottom bezel is a bit thicker than the side and top ones.

POCO’s branding is included on the back of the device, as are four cameras. Those four cameras are centered in the upper portion of the phone’s back. An LED flash sits right below them.

The POCO M2 Pro does not have the same spec sheet as the Redmi Note 9 Pro, but it’s similar

Now, it is worth noting that this phone does offer slightly different specs than the Redmi Note 9 Pro. So, it’s not a complete copy of Xiaomi’s smartphone, even though it looks like it.

A 16-megapixel camera can be found on the front side of the device. The POCO M2 Pro also includes an infrared sensor, and a 3.5mm audio jack. The device is P2i coated, which means it’s splash resistant. 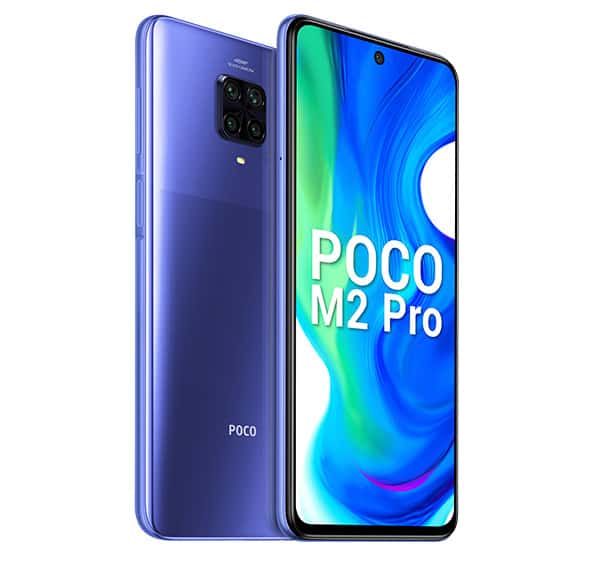