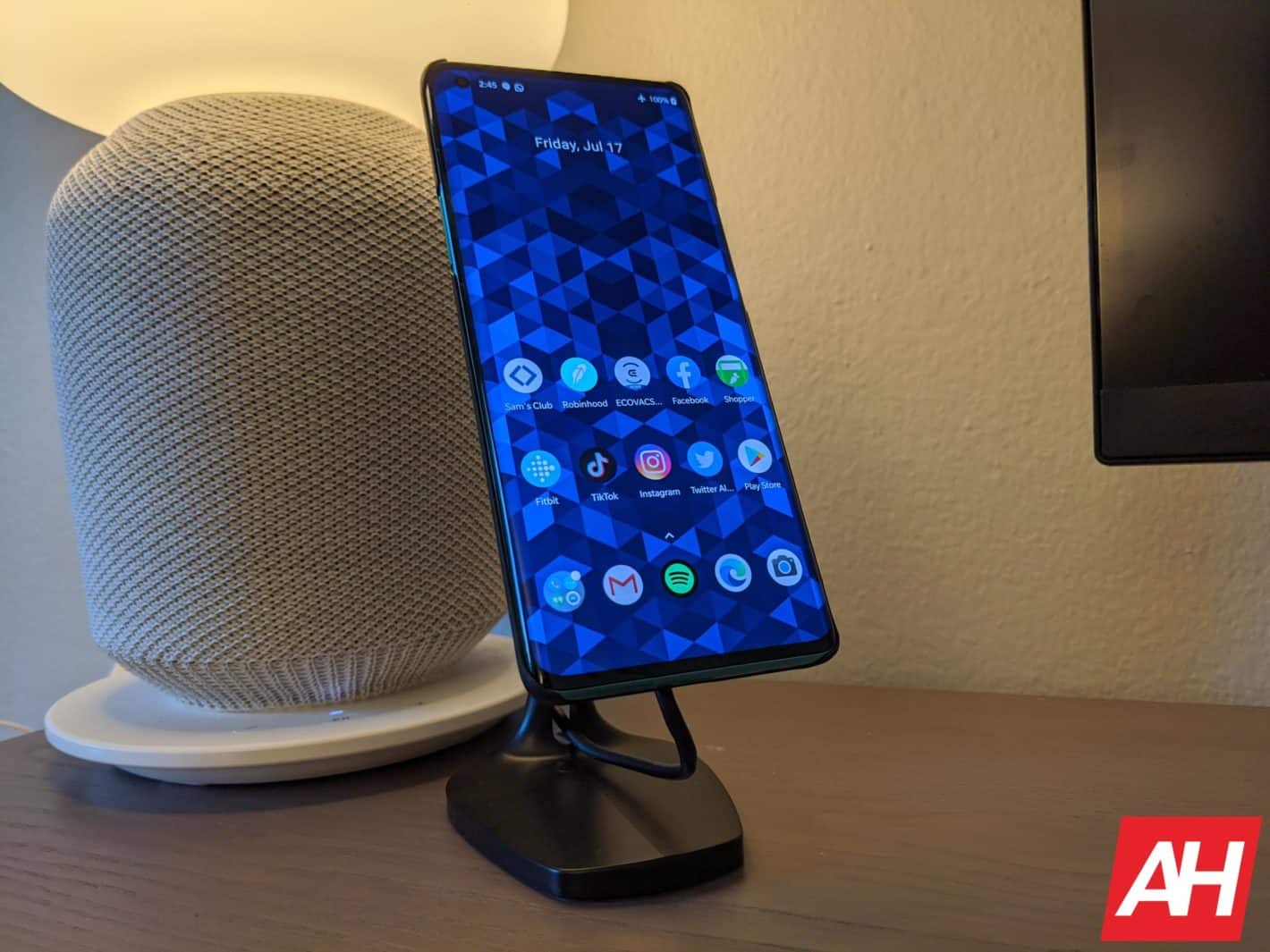 Pitaka has slowly become a pretty popular name for thin carbon fiber cases. But the company makes more than just cases. Pitaka recently came out with its new MagEZ Mount Qi Desktop Charger, which looks really sleek. It has the carbon fiber look that we have all come to expect from Pitaka, and it's pretty minimal.

But, is that enough to make it a worthy purchase? Well we have put it through its paces over the past few weeks, using it with a few different smartphones. So let's talk about it.

Minimal, but not without design flaws

When I first laid eyes on the MagEZ Mount Qi Desktop Charger, I loved it. It's a pretty minimal looking desktop charger that you can keep on your desk without it taking up a lot of room or looking "ugly". Unlike the OnePlus charger – though that is mostly due to the faster speeds it supports, more on that later.

But there is one thing that I think Pitaka should change in an updated version, and that's where the USB-C charging cable plugs into. It plugs into the mount on the charger, instead of the back of the base. Plugging it into the back of the base would be ideal, as it would look cleaner. Instead, it almost looks like the phone is being charged wired, because the charging port is right behind the phone.

I'm sure I know why the charging port is where it is though. Keeping all of the electrical parts in one part of the charger likely makes it cheaper to manufacture. But it does look weird, especially with a wire hanging out from the front of the charger.

Otherwise, the design is really great. It has a weighted base, so that the charger doesnt flip over, especially important with larger phones. And it also has some pretty strong magnets in the charger itself to keep the phone on the charger.

While Pitaka recommends that you use one of their cases with this wireless charger, you don't actually need to (for the most part). We used it with the Samsung Galaxy S20 Ultra and it was able to charge with no problems, it didn't slide off of the charger either. However, the Pixel 4 XL is another story. It charges just fine, but depending on the angle, it may slide off. I've found that changing up the angle kept the Pixel 4 XL from sliding off as much.

But with the OnePlus 8 Pro, using one of Pitaka's cases, it stays on the charger and charges no problem.

It does support "fast charging"

So, yes, the Pitaka MagEZ Mount Qi Desktop Charger does support fast wireless charging, but since it is 10W, most phones don't support it. The Pixel 4 XL is one prime example of that. It showed that it would take nearly six hours to charge the phone wirelessly, and it wasn't even completely depleted. It is also obviously a whole lot slower than the OnePlus wireless charger that does 30W, and the OnePlus 8 Pro doesn't support 10W either, only 5W from other chargers.

None of this is actually Pitaka's fault. This is due to Google and OnePlus not allowing third party wireless chargers to use faster speeds on their phones.

However, with the Galaxy S20 Ultra, it was able to take full advantage of the 10W speed. Allowing you to get a somewhat fast charging experience here. Still nothing like what the OnePlus wireless charger offers, but far better than charging at 5W.

For the most part, I'd only use this to top up a phone while sitting at my desk, if I am using a phone that does not support 10W wireless charging.

There's a fan inside

When OnePlus launched its wireless charger, we all made fun of it for having a physical fan inside of the charger. This was definitely needed, since the charger does charge significantly faster and wireless charging already omits a lot of heat. 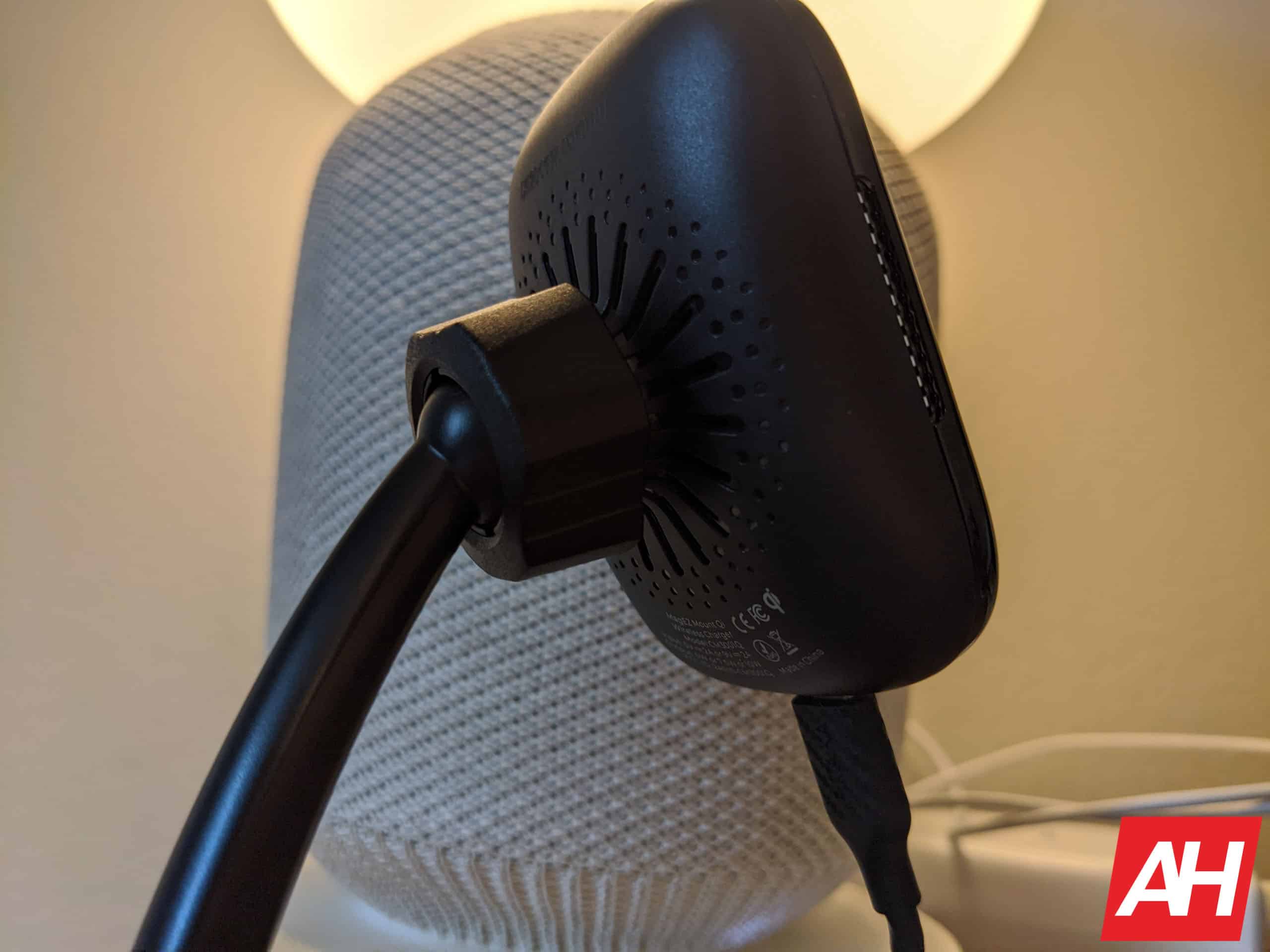 But it was a bit surprising to see it on the Pitaka MagEZ Mount Qi Desktop Charger. As this is a smaller and slower wireless charger. However, it does a really good job at keeping the phone cool while it's charging. Which protects the phone and the battery too.

The fan is not loud at all, and unless you are really trying to hear it, you won't. So don't worry about it keeping you awake at night.

Should I buy the Pitaka MagEZ Mount Qi Desktop Charger?

The big question here is whether you should buy the Pitaka MagEZ Mount Qi Desktop Charger. And I'd say yes. With some caveats.

The first one being whether your phone supports faster than 10W wireless charging. If it does, then you are likely better off getting something that supports its faster wireless charging. The other is if you have or planning to buy, one of Pitaka's cases. Which have the magnets built in to keep it positioned properly on the charger.

If those don't bother you, then this is a really great wireless charger to grab, and it's only $49.99.