The OnePlus Gallery 3.12.33 gained Google Cast support / button, though it doesn’t work for both videos and images. This OnePlus Gallery version supports casting only for images, for some reason.

The OnePlus Gallery 3.12.33 does support Google Cast… but only for images

OnePlus Gallery 3.12.33 comes pre-installed on Android 11 Beta 2 builds for the OnePlus 8 and 8 Pro. So, don’t confuse these builds with OxygenOS Beta builds. This is a beta version of the upcoming Android 11 software, not OnePlus’ regular beta build of OxygenOS.

In any case, OnePlus Gallery 3.12.33 comes bundled in with Google Cast, so that you can cast your images to a smart TV, Chrome browser, or any other device that supports Google Cast, basically. 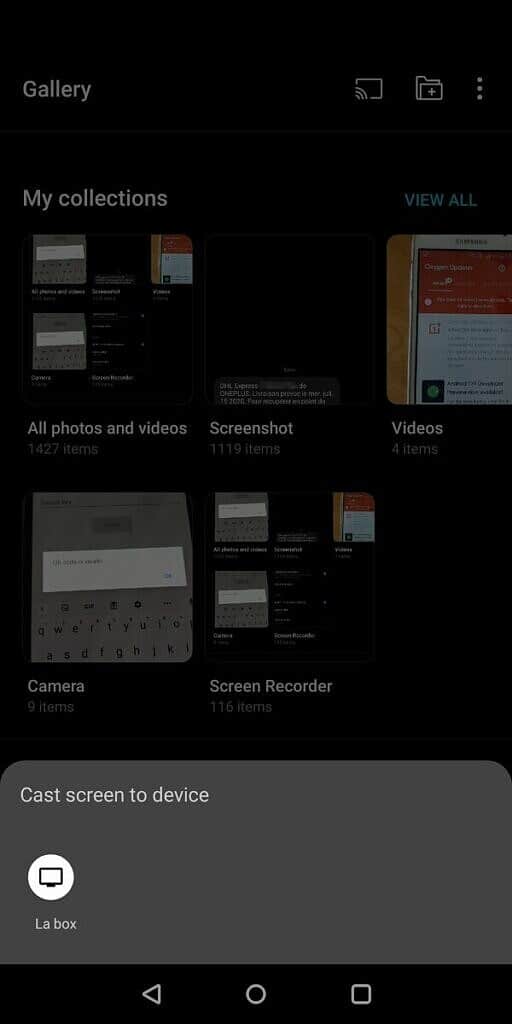 This feature actually follows the Google Lens shortcut which was added in the previous version. Now, some of you are probably interested if they can install this version of the OnePlus Gallery to your device, and get it to work.

Well, perhaps. One user was able to get it to work on his OnePlus 8 Pro, with OxygenOS 10.5.11 installed. He was able to cast images to the OnePlus Q1 55 Pro TV. So, it’s possible. If you’d like to try, the APK is available below.

Now, support for videos is probably coming, but considering this is just a beta build, it’s not available yet. We don’t know why OnePlus released it half-baked in this build of Android 11 Beta, but there you go.

Video support may be coming with the next Android 11 Beta update, we’ll see. Those of you who would like to get a taste of Android 11 through OnePlus’ beta builds, do note that you’ll lose your data if you switch from the stable build.

OnePlus has been improving its Gallery app for quite some time now. It pushed out a huge redesign a while back, and that gallery sure looks clean and simplistic.

The app works really well, though one particular issue seems to be back. Some users, me included, are having issues with some images not being shown in the gallery. They’re there in the file manager, but not in the gallery.

These are regular .jpg images, so there’s really no reason for them to be omitted. This was an issue a while back, and was fixed by OnePlus, but it seems to be back now, at least for some users.

Needless to say, this is quite an annoying bug, so I do hope that OnePlus will patch it up. Other than that, the OnePlus Gallery is a really nice piece of software, at least in my experience.