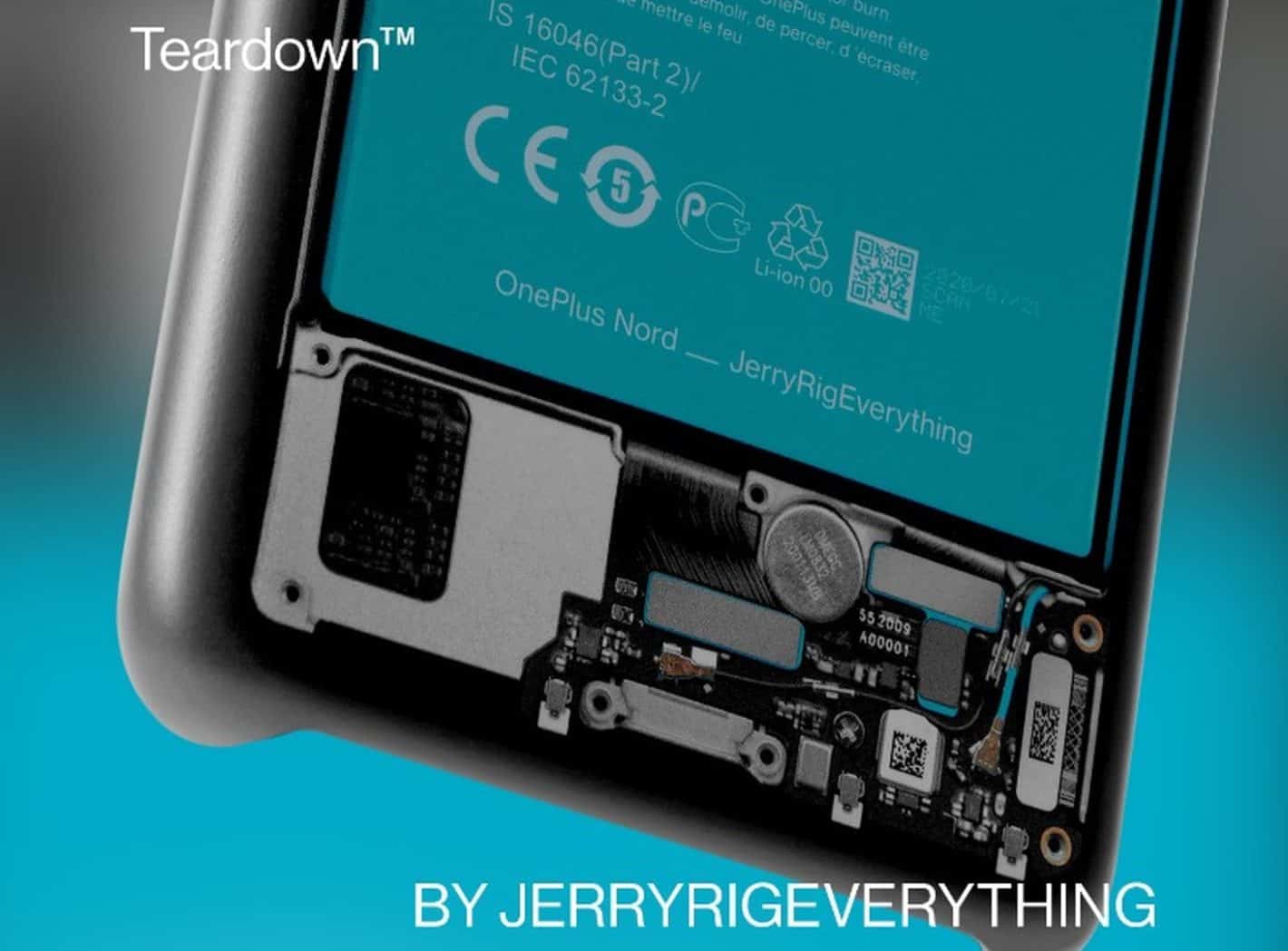 OnePlus has confirmed its collaboration with Zack, from JerryRigEverything YouTube channel. OnePlus will release a JerryRigEverything case for the OnePlus Nord, with help from dbrand. His channel’s name will be imprinted on the back of this dbrand teardown case.

This may sound a bit confusing to those of you who are out of the loop. In case you don’t know what ‘JerryRigEverything’ is, that is a YouTube channel that handles durability tests of various smartphones, and also does teardowns of the same.

That YouTube channel managed to get quite popular over the years, and tends to promote dbrand quite often. Well, dbrand’s teardown skins are actually really popular, so making a case inspired by those skins seems like a good idea. 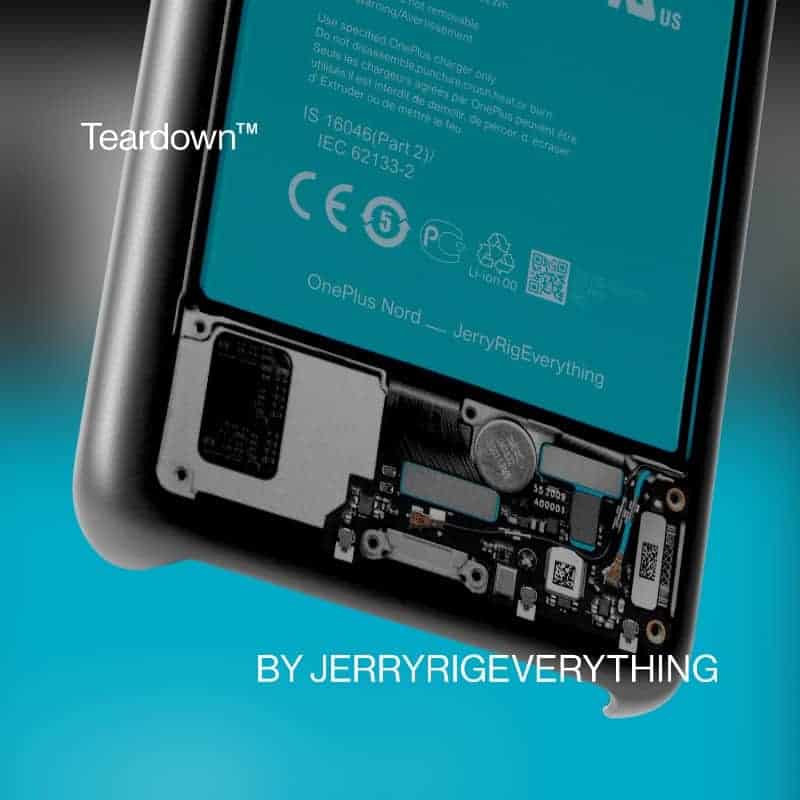 Now, we’re not sure if this case will simply have a dbrand teardown skin on it, or will the skin be permanently imprinted in the case. We do believe it will be the latter, because the former doesn’t make sense.

You can basically get a third party case, that skin, and simply slap it on. We do believe this will be an actual case with the teardown skin-design on the back, but not the actual skin.

As you can see, the case will be open at the bottom. We don’t get to see the top portion of this case, at least not in the image provided by OnePlus. Evan Blass did leak that case quite recently.

Evan Blass actually leaked all official OnePlus Nord cases. If you check out that article, you’ll notice that the teardown case is not open at the top. It is on the sides, though, you’ll have a cutout for the physical buttons and the alert slider.

We’re not sure what materials will be used here, not yet

We’re not sure what materials will be used here. This could be your regular plastic case, or something with a soft-touch finish. We’ll just have to wait and see.

The OnePlus Nord will become official on July 21, along with these cases. The device will launch alongside the OnePlus Buds, the company's first pair of TWS earbuds.

The OnePlus Nord has been leaking like crazy lately. We do know, for a fact, that it will be fueled by the Snapdragon 765G SoC. It will also include a fullHD+ 90Hz display, which will be flat.

The phone will include plenty of RAM, and it will support 30W fast wired charging. Wireless charging will not be included, and the same probably goes for IP certification as well.

The OnePlus Nord will be made out of metal and glass, almost certainly. The device is expected to include an optical in-display fingerprint scanner.