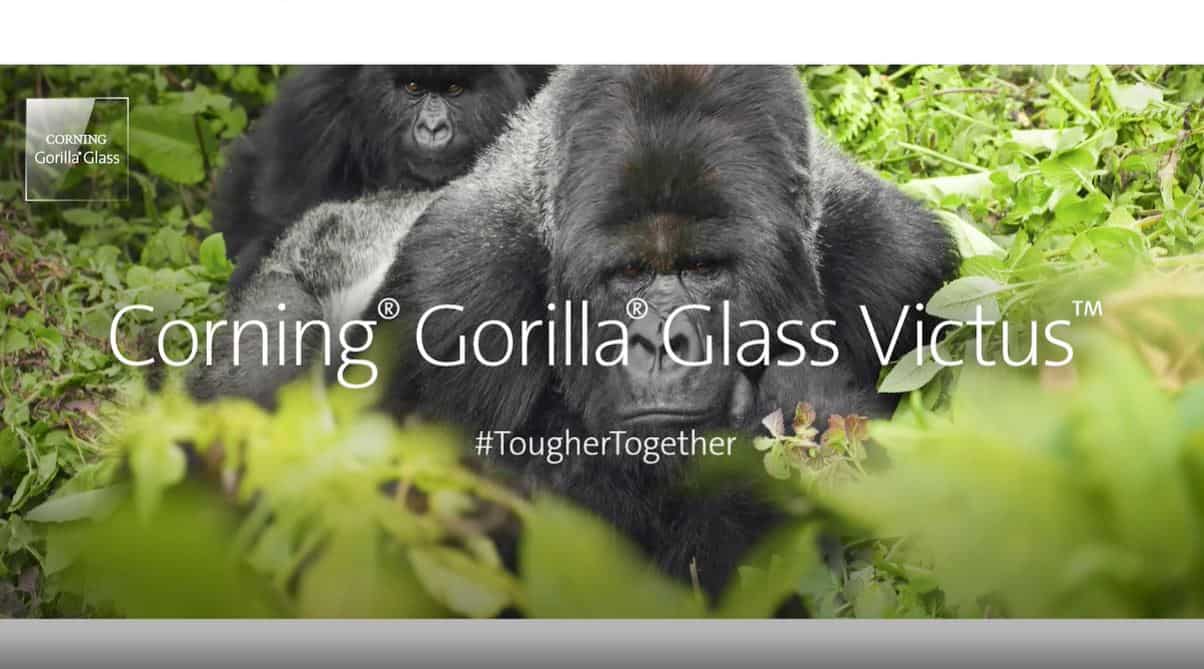 Corning Gorilla Glass is associated with a smartphone for quite a while now. Smartphone users should be pretty familiar with this name as it the same company that produces glass for smartphone displays. However, Gorilla Glass protection does not always mean that your phone is scratch proof or break-proof. Matter of fact, since 2014’s Gorilla Glass 3, the protection has gone from okay to worse. The latest iteration of this protective glasses from Corning is Gorilla Glass 6. But it has underperformed and on several occasions, could not even resist scratches.

Fortunately, a good piece of news is coming from the house of Corning Gorilla Glass. The company has officially announced the toughest glass the company has ever created. “Victus” is what the company is calling it, which means “living” in Latin. And it is touted to have twice the scratch resistance of Gorilla Glass 6. Besides, Gorilla Glass Victus can also withstand up to a 2 meter (6.5-foot) drop.

Well, the post also states that Samsung will be first OEM to adopt Gorilla Glass Victus on its smartphones this year. And if we go by speculations, the upcoming Galaxy Note 20 should come with the Corning Gorilla Glass Victus protection. However, it is unclear which of the Galaxy Note 20 phones, i.e. Note 20, Note 20 Plus, or Note 20 Ultra, will come with this feature.

This is a crucial advancement because OEMs are rapidly releasing phones with good specifications. Which is the reason, users are hanging onto their phones longer. And one of the most important factors while buying a smartphone is the durability of the device.

“Dropped phones can result in broken phones, but as we developed better glasses, phones survived more drops, but also showed more visible scratches, which can impact the usability of a device, said John Bayne, senior vice president, and general manager, Mobile Consumer Electronics. “Instead of our historic approach of asking our technologists to focus on a single goal – making the glass better for either drop or scratch, we asked them to focus on improving both drop and scratch, and they delivered with Gorilla Glass Victus.”

Notably, in one of Corning videos, it reveals that “Victus is so good that if you used it on phones designed just three or four years ago, you’d be hard-pressed to break them in an everyday drop event.” Bayne also added that apart from Samsung, other device manufacturers will be adopt to Gorilla Glass Victus, later this year.