Video streaming platforms have seen a steep rise in customer engagement. Thanks to the current coronavirus pandemic situation, people are staying indoors and consuming more online content than ever. However, this situation has also given a lot to talk about the content these major streaming services like Netflix, Prime Video, Hulu, Disney+, AppleTV+, etc. serve to the audience. Obviously, being in the business since 1997 has given Netflix an edge over its competitors.

Probably, one of the first platforms that we head over to watch video content is Netflix. And for most of the people, Netflix is the undisputed champion when it comes to video streaming services. But critics and Rotten Tomatoes scores are displaying a new picture altogether. Netflix has the largest library of video content available. The genres vary from original movies, TV content, original shows, popular films, and much more. In fact, it also has a nice collection of anime and some original anime as well.

Just to give you some numbers, as per a report by WhistleOut, out of the total 726 original content available across all the platforms, Netflix itself has 461 titles in its library. This amounts to 63.5% of the total which is mind-boggling. 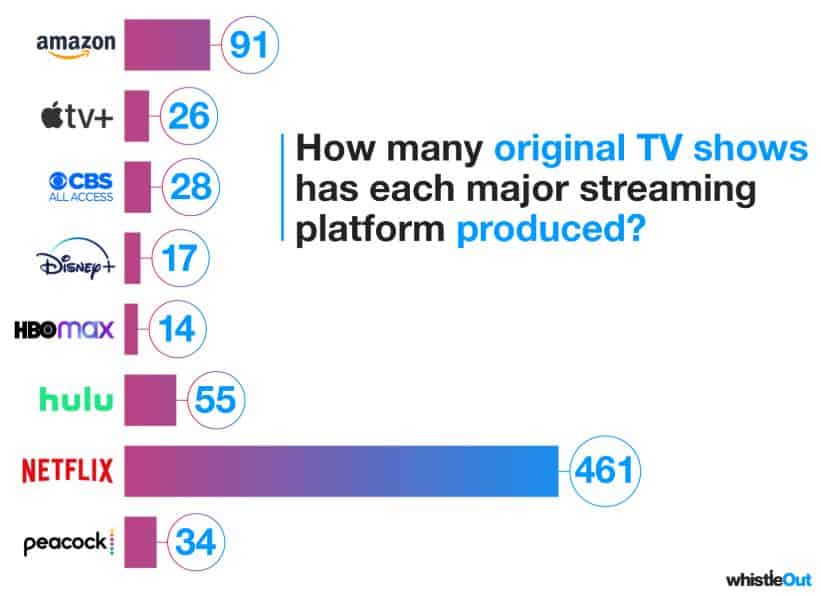 Besides, this is almost 1.7 times more original content compared to other paid streaming services. Second place goes to Amazon Prime Video with 91 titles, followed by Hulu (55 titles) and the latest entrant, Peacock from NBC Universal (34 titles). 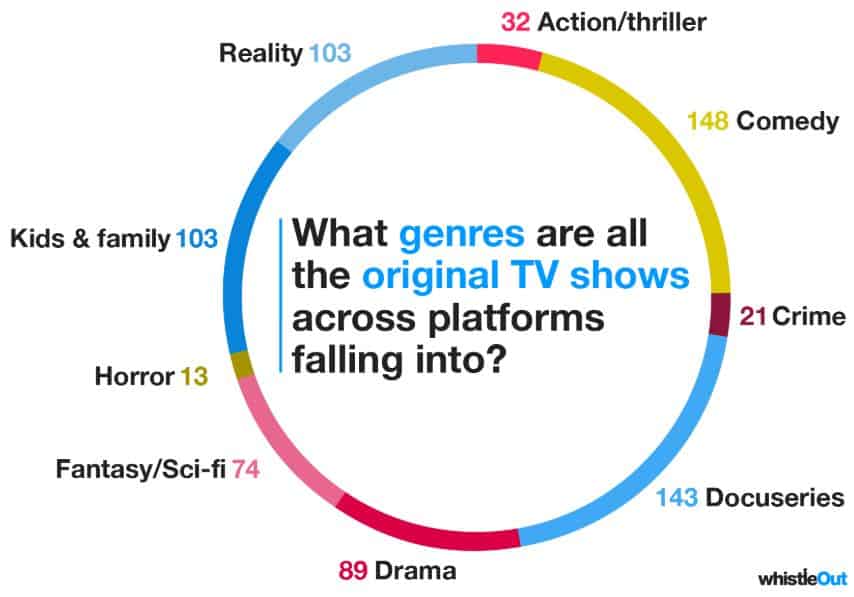 Peacock and Hulu are the dominating platforms that rock more comedy content than others. While Amazon Prime Video, AppleTV+, Disney+ majorly focus on Drama content. Besides, Netflix carries content that will cater to kids and family.

Now the question arises, which is the best online video streaming platform. The word 'best' here not only contains the quantity, but also the quality of the content available. And as per a WhistleOut, Disney+ is grabs the first place and is way ahead of Netflix, Amazon Prime Video, HBO Max. They had a similar score of around 80. 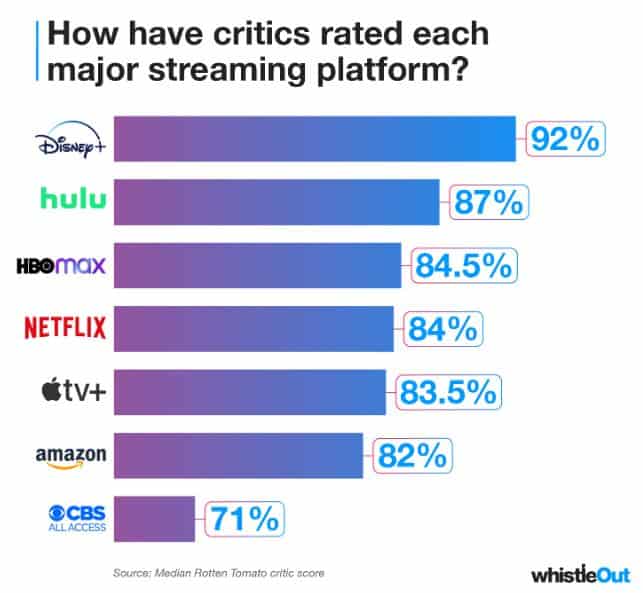 Interestingly, Hulu is also not too far behind and secures second place in the critic's rating. Notably, WhistleOut rating is based on the median Rotten Tomatoes scores for all the content available on these platforms. Now, this also shows that despite having more than 60% of the original content across all the platforms, Netflix ranks fourth in the rankings.

But, another picture to this is that Netflix managed 84% critics rating even after boasting almost 5 times more original content than its rival. So, Netflix cannot be ruled out of the race, that easily. And if you prefer quality content, then you should grab a Disney+ or Hulu subscription if not already.