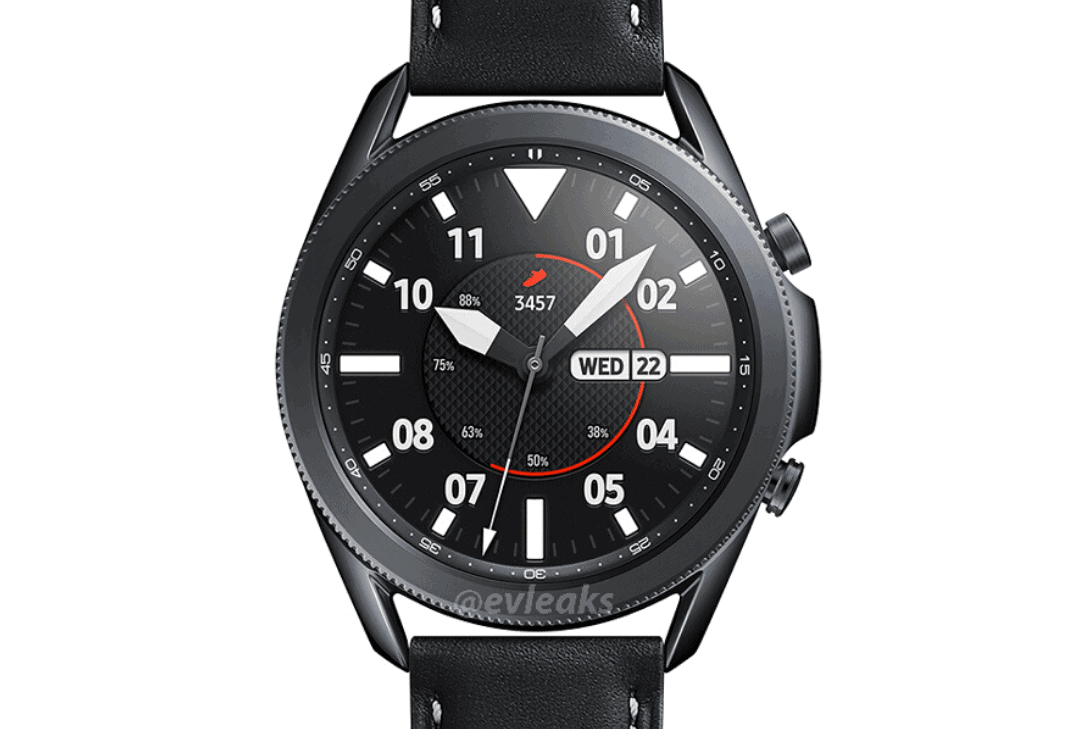 The Samsung Galaxy Watch 3 launch is closer than ever. In the meantime, the smartwatch continues to pick up necessary certifications from competent authorities around the world. Most recently, the watch has been spotted on Taiwan's NCC certification website.

The listing on the NCC website doesn't reveal anything new about Galaxy Watch 3 that we don't know. However, it does show the watch and its wireless charging stand in all their glory. The EP-OR825 charger comes with 5W wireless charging support.

We already know that the Galaxy Watch 3 marks the return of the physical rotating bezel on Samsung smartwatches.

Last seen on the original Galaxy Watch back in 2018, Samsung ditched the physical crown in favor of a sleeker look on the two Active models it has launched since. The Galaxy Watch Active and Watch Active 2 both feature virtual touch bezels.

The images on the NCC listing show the watch with black straps and a silver body. If you recall, the Galaxy Watch 3 is coming in as many as nine distinct configurations. There are the Wi-Fi only and LTE variants of the two size models (41mm and 45mm) and their respective color variants.

As per previous leaks, the 41mm Galaxy Watch 3 will come in Silver and Bronze/Gold while the 45mm model will be available in Silver and Black with a Stainless Steel body. Additionally, the Wi-Fi only variant of the black 45mm watch will also come with a Titanium body. As for watch straps, Samsung should be offering plenty of choices there too.

Samsung is expected to announce the Galaxy Watch 3 later this month, possibly on July 22. However, various leaks, rumors, and official listings have already revealed quite a lot about the upcoming smartwatch much ahead of the impending launch.

Recently, support pages for the SM-R845F and the SM-R850 were found on Samsung India’s official website. These model numbers correspond to the 45mm and 41mm variants of the Galaxy Watch 3.

The Galaxy Watch 3 has a MIL-STD-810G rated military-grade body with IP68 certification for dust and 5 ATM water resistance. The watch will run Tizen OS 5.5 from the first day. It will have 1GB of RAM and 8GB of internal storage, about 5.2GB of which will be available to the user.

The 41mm model gets a 247mAh battery, while the 45mm version will pack a 340mAh battery. Connectivity features include GPS, Wi-Fi b/g/n, Bluetooth 5.0, NFC, and LTE (in select variants).

The Galaxy Watch 3 is said to be the most expensive Samsung wearable to date, with prices reportedly starting at $400 and going up to $600. All these leaks mean there's little room for imagination now. With an official introduction seemingly around the corner, expect to hear more about the device in the coming days.