Last month, Xiaomi launched the Mi Band 5 fitness tracker in China. The high-end variant with NFC support costs just CNY 229 (approx. $32). According to the FCC listing, the Mi Band 5 could soon launch in the US as Amazfit Band 5.

Xiaomi currently sells its Mi Band lineup of fitness trackers only in Asia and Europe. However, the wearable products launched by Xiaomi are actually made by its subsidiary company called Huami. Huami itself sells a wide range of wearable devices under the Amazfit brand.

The package label included in the FCC listing of the Amazfit Band 5 revealed its key features. First off, it comes with the model number A1931 and supports Bluetooth 5.0 BLE. The Amazfit Band 5 sports AMOLED display and packs 125mAh battery. Moreover, it is water-resistant up to 5ATM.

Also, it supports continuous heart-rate monitoring and multi-sport modes. Obviously, the Mi Band 5 also offers the exact same features. The Amazfit Band 5 will be compatible with smartphones running on Android 5.0 and above or iOS 10.0 and above.

Even if the Amazfit Band 5 ends up becoming a rebranded Mi Band 5, we don’t think Huami will be selling it as low as the Xiaomi Mi Band 5. Regardless of the pricing, Amazfit Band 5 will be one of the best affordable fitness trackers in the US.

As of now, there is no information from Huami about the launch date. With the FCC listing, we expect it to be announced in the next few weeks. However, the Amazfit Band 5 could be making its debut even before the global launch of Mi Band 5.

There will be no NFC support for making payments

The Mi band 5 sports a 1.1-inch AMOLED touchscreen display with 126 x 294 pixels resolution and 2.5D scratch-resistant glass. Apart from tracking fitness activity, it also shows notifications for calls, messages, and more. One of the best things about the Mi Bands is its long-lasting battery life.

While the standard Mi Band 5 lasts up to 20 days on a single charge, the NFC variant will offer up to 14 days of battery life. Besides, it now ships with a new magnetic charging cable. It can also be used as a remote shutter button for taking photos from the connected smartphone.

With the NFC variant of the Mi Band 5, the users can also make contactless payments. As there is no mention of NFC support on the label, the Amazfit Band 5 could be a rebranded version of the standard Mi Band 5. 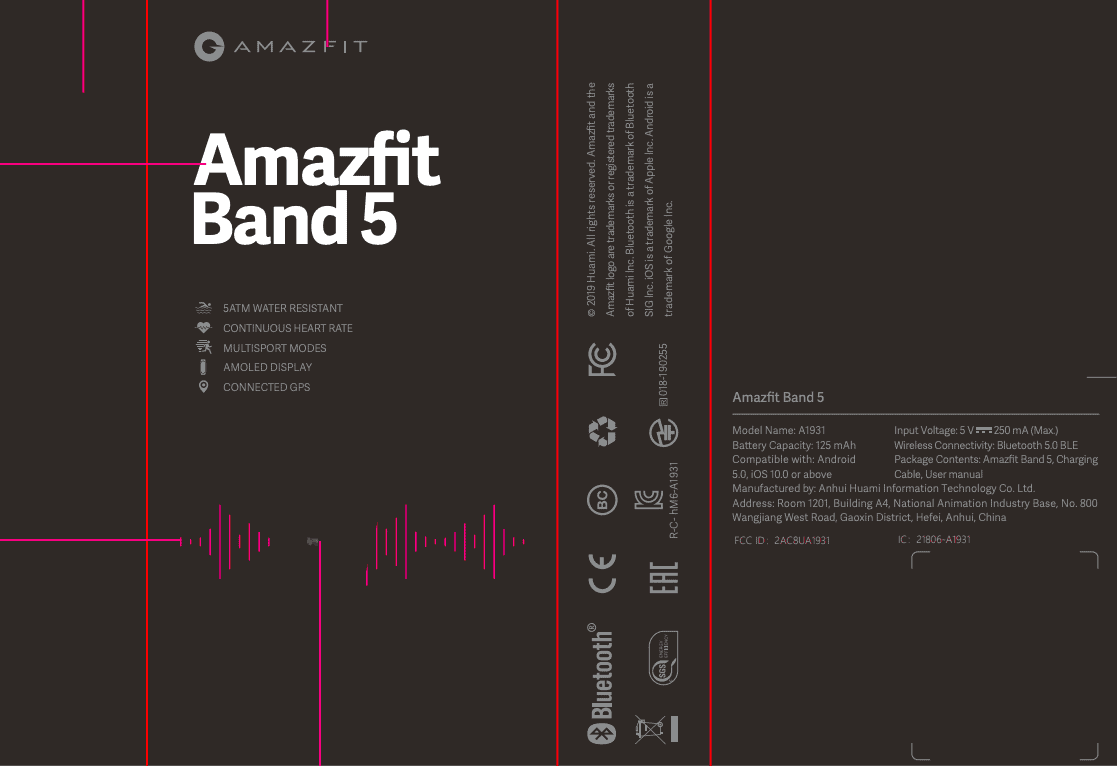