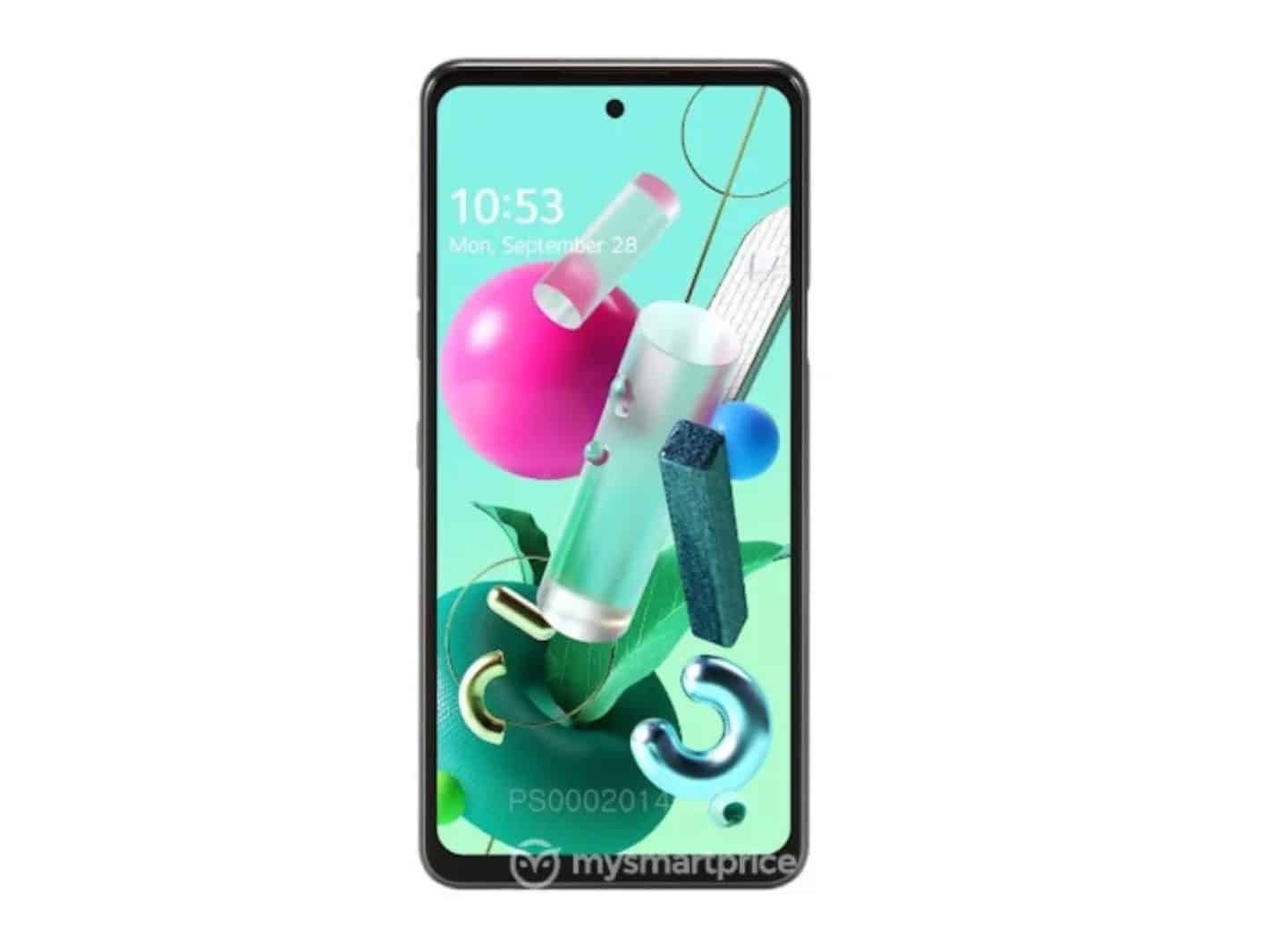 Specs of an upcoming LG mid-range handset dubbed the Q92 5G may no longer be a mystery since details about the device are now the subject of a leak via the Google Play Console. The console is typically used by developers for publishing apps and games. But in this case, it reveals nearly complete specs for the unreleased gadget as well as one image.

The image only shows the front of the device, which features somewhat oversized bezels. Those aren’t uniform either, with the top and ‘chin’ bezels being slightly wider. There’s also a punch-hole camera. LG set that dead-center at the top for this design.

There’s also an indentation in one of the edges, possibly housing the power button and a fingerprint scanner.

So what are the LG Q92 5G specs this reveals?

The first spec worth noting seems to confirm previous trademarks from LG. And it’s fairly obvious from the branding too. This phone will have 5G support out-of-the-box.

Those trademarks were listed as for an LG Q92 5G, shown with model designation “LM-Q920N_128G.” The model designation there matches the one here too. The Google Play Console lists the device as “LM-Q920N.” The “128G” in the trademark listing was and is expected to indicate the phone will have 128GB storage.

Setting that aside, there’s quite a lot to learn about specs from this leak of the LG Q92 5G too.

First, LG has packed the device in question with 6GB RAM. That’s backing up a capable Snapdragon 765G processor running Android 10. Qualcomm’s Adreno 620 GPU is in use behind that, handling graphics.

So, aside from RAM, this phone almost aligns with the LG Velvet. Or at least it does on everything but the screen, based on what’s known so far.

Based on the screen resolution and pixel density shown, that’s expected to come in at right around 6-inches. Resolution is listed at Full HD+ (2400 x 1080), with a pixel density of 420 pixels-per-inch.

This should arrive sooner than later

The combination of this new LG device leaking via the Google Play Console, trademarks, and certifications seems to indicate that it will arrive soon. Or, at the very least, be announced officially in the near future.