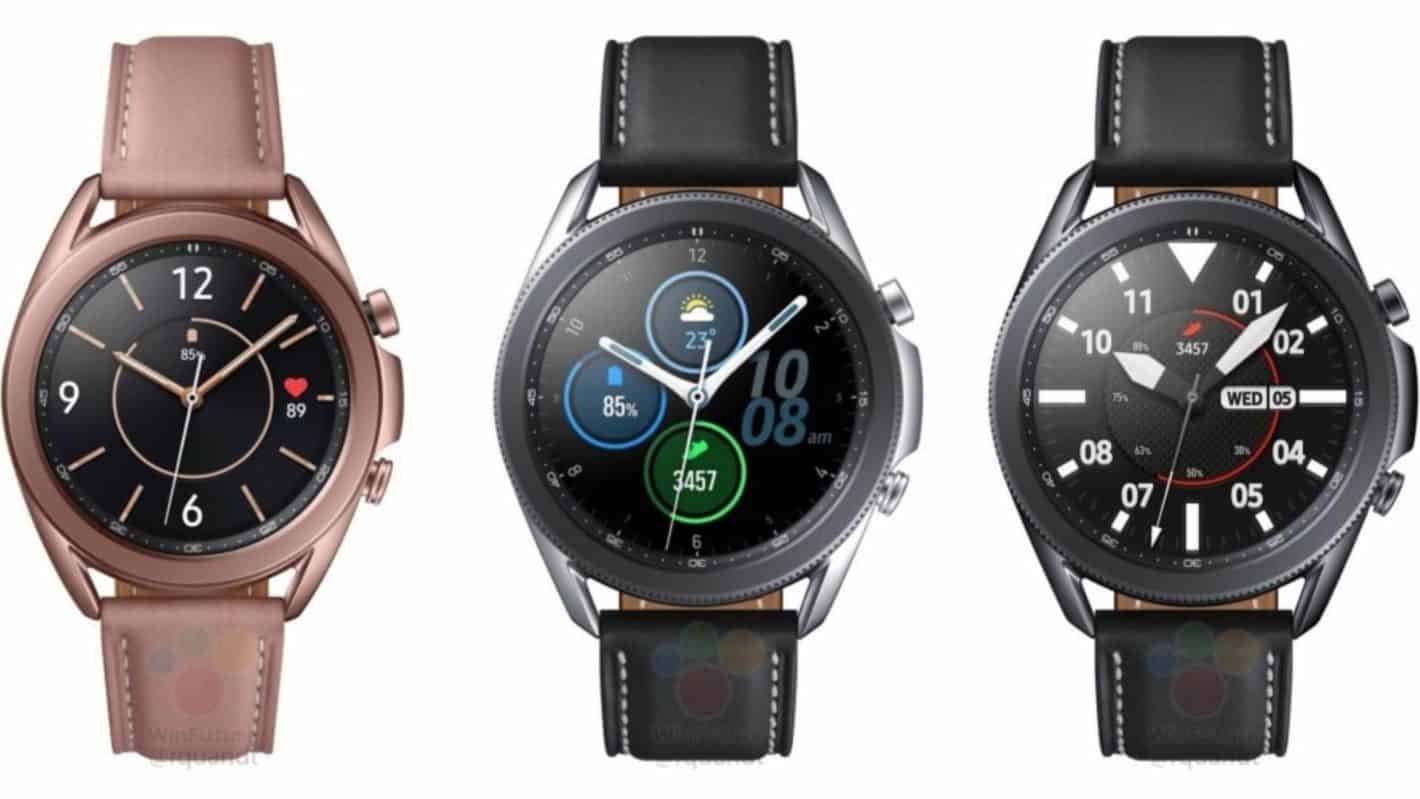 A new leak from Dutch publication WinFuture has now revealed almost every detail about the upcoming Samsung Galaxy Watch 3. That not only includes specifications but a smorgasbord of images. Embedded below, those show off the two expected designs for the Tizen OS-powered watch in stunning detail.

The Samsung Galaxy Watch 3 is expected to be officially unveiled as early as next week. But it won't be launching alone. It's expected to launch alongside four other new gadgets at Samsung's Galaxy Unpacked event. Recently reported trailer footage for the event appears to confirm as much. The wearable itself has also been laid out in a myriad of leaks prior to this. So it isn't necessarily surprising that there's a new smartwatch coming.

But the leak does seem to verify quite a few details with regard to what potential buyers should expect.

What do the new Samsung Galaxy Watch 3 images and details reveal?

First, the news seems to serve as further confirmation that there will be two separate Samsung Galaxy Watch 3 devices. Those are linked by the majority of their specs but the designs are catering to different audiences. The Galaxy Watch 3 comes in both 41mm and 45mm designs. The smaller, former is clearly aimed at a more effeminate audience.

The larger watch will reportedly have a face measuring 1.4-inches in diameter. That's compared to the 1.2-inch diameter of the smaller watch. If the leak is accurate, the smaller Samsung Galaxy Watch 3 will be more slender overall and have a smaller band to suit the design. Specifically, that'll measure 41 x 42.5 x 11.3mm, as compared to the larger watch at 45 x 46.2 x 11.1mm.

The 41mm Samsung Galaxy Watch 3, according to the leak, will also ship with a 247mAh battery. The larger variant will pack a 340mAh battery. And the maximum runtime will come in at around 56-hours.

Both watches will feature a 360 x 360-pixel, SuperAMOLED, Gorilla Glass DX display panel, presenting users with Tizen OS 5.5 and a wealth of watch faces. Powering that experience will be a Samsung-built Exynos 9110 processor.

Behind that, the company will install 1GB RAM and 8GB storage. Notification access will be present, as with previous watches, across effectively every type of messaging app and social networks. And WiFi, Bluetooth 5.0, NFC, GPS are part of the package. So a connected smartphone won't necessarily always be required.

Aside from being packed into a MIL-STD-810G, 5 ATM, IP68 frame, the device will also feature sensors for heart rate monitoring and sleep monitoring. That's in addition to 39 different sport modes and ECG functionality, with the assortment of sensors allowing for deeper, more comprehensive tracking across each mode.

Here's what we still don't know

The sole aspect that seems to still be up in the air is in terms of pricing and availability. It is expected to launch in black, gray, and bronze color configurations with a variety of options for bands. The smaller 41mm watch is expected to land in bronze initially but with other colors potentially coming later. But there's still no word on how much this watch will cost users or where Samsung will focus its sales efforts on the new wearables.