Nintendo launched a new feature for Mario Kart Tour this morning, landscape mode, and the game is already much better than it was before just because of this one change.

Nintendo's mobile games, despite some of them not being exemplary successes, have been enjoyable to me to an extent because they were playable with one hand. This was all thanks to the portrait mode orientation that they came with.

Mario Kart Tour was no exception as it launched without a landscape mode option. This did not make it a crappy game. In fact I found it rather engaging for a while and although I don't play it nearly as much as I used to, it's still fun.

But there's something about landscape mode for a racing game that just makes it that much better. Perhaps it's just the way I prefer to play games. Perhaps it's the nostalgia of playing console Mario Kart titles in a landscape setting. Maybe it's both of those things.

Whatever the case, Mario Kart Tour is now better and we have landscape mode to thank for that.

As if it wasn't enough that landscape mode is just there and it's honestly the better orientation, players can still opt to continue playing in portrait mode if they prefer to.

Nintendo confirmed as much in its announcement video of the feature on July 19. For some, playing in portrait mode may be quite enjoyable. Specifically for the reasons I mentioned earlier. Which is that it allows you to play one-handed.

Imagine if you will, being on a train on a commute to or from work. Or really anywhere. You want to boot up Mario Kart Tour and play a few cups. Your headphones are on so as not to disturb other people.

You also need to stand because there no open seats, which means you have to hold onto a railing or handle. It's situations like this which make the portrait mode a very nice feature about this game.

So even though I personally prefer landscape mode (and I'm overjoyed it was added), I see the need for playing in portrait mode and why some people may actually like it better. Or maybe it's just out of necessity.

More choice for players in games is fantastic. When it's done right. Sometimes you don't want your games to have much choice. For instance, from a narrative standpoint some games are simply better if you're led by the hand to experience the vision the way it was intended.

In other areas having a lot of choice is a good thing. Like how you progress your gameplay. How you earn certain in-game items. And of course how you actually play the game. Which in this case boils down to the orientation.

This is a good move from Nintendo because players that prefer landscape mode now have the ability to play the game more comfortably. The way they may have hoped to do from the beginning.

If for no other reason, landscape mode instantly makes the game better because you can see more of the track as you play.

If you've got a phone with a bigger screen, this is great. Even though you'll be spending more time focusing on the race, it's still nice to be able to take in and appreciate the the design of each track and the effort that went into making them.

It also may make it easier for some players to pay attention to upcoming changes in the track. Which could result in a better overall standing at the end of the race. 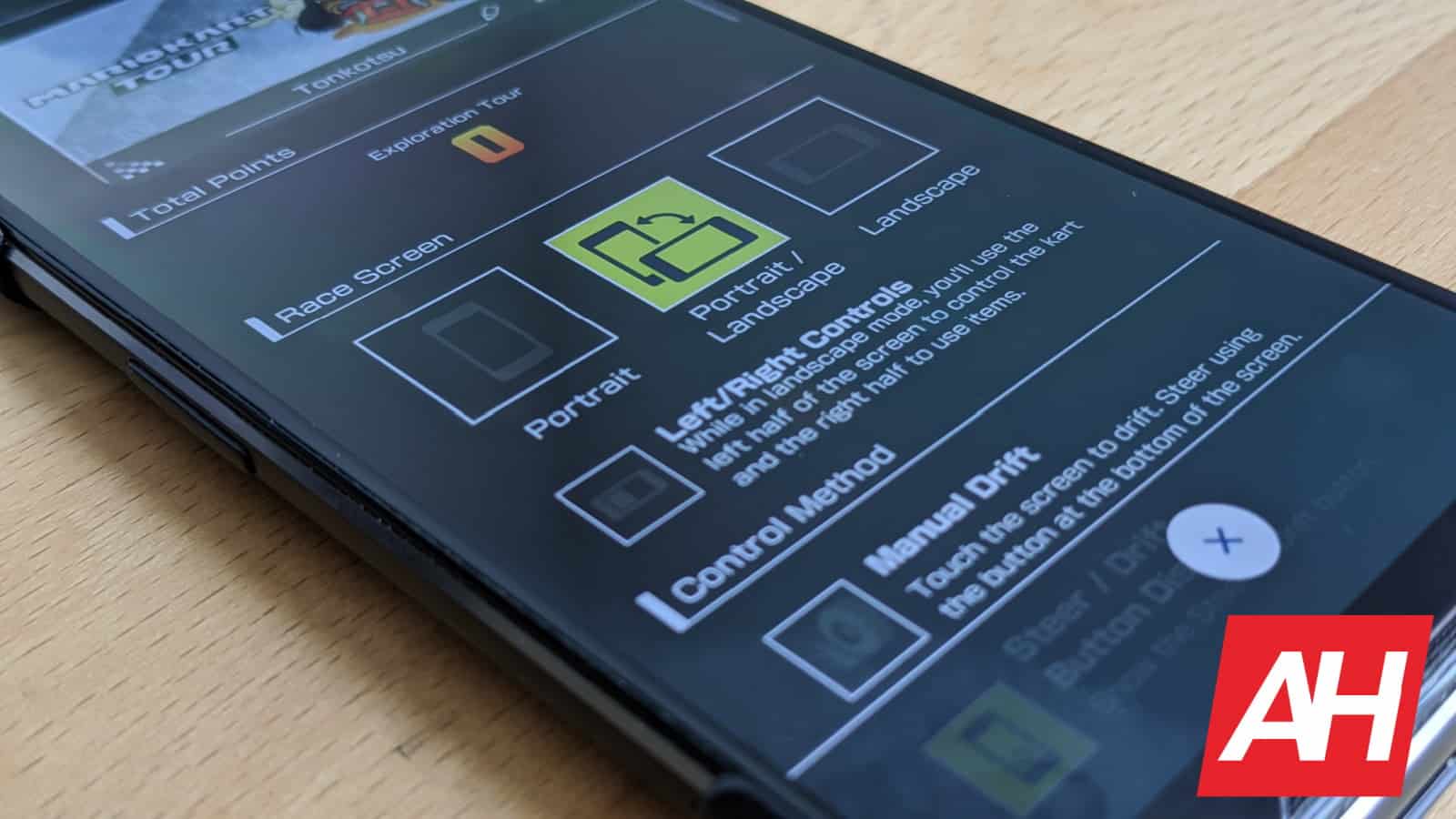 When it comes down to it, having landscape mode in this game is something that makes it an overall better experience.

It's not going to instantly make hundreds of thousands come and play this game that haven't already. But there's a fair chance it may convince some people to give it a try that may have shied away from it because landscape mode wasn't an option.

And it will no doubt please those that still play it that have been wishing the feature was there in the first place. One last thing worth mentioning is that you can set the orientation to be always in landscape mode or only when you turn phone sideways.

The latter option lets you change it back and forth freely without having to go back into the game's settings and modify the view. Simple. Fast. Fun.