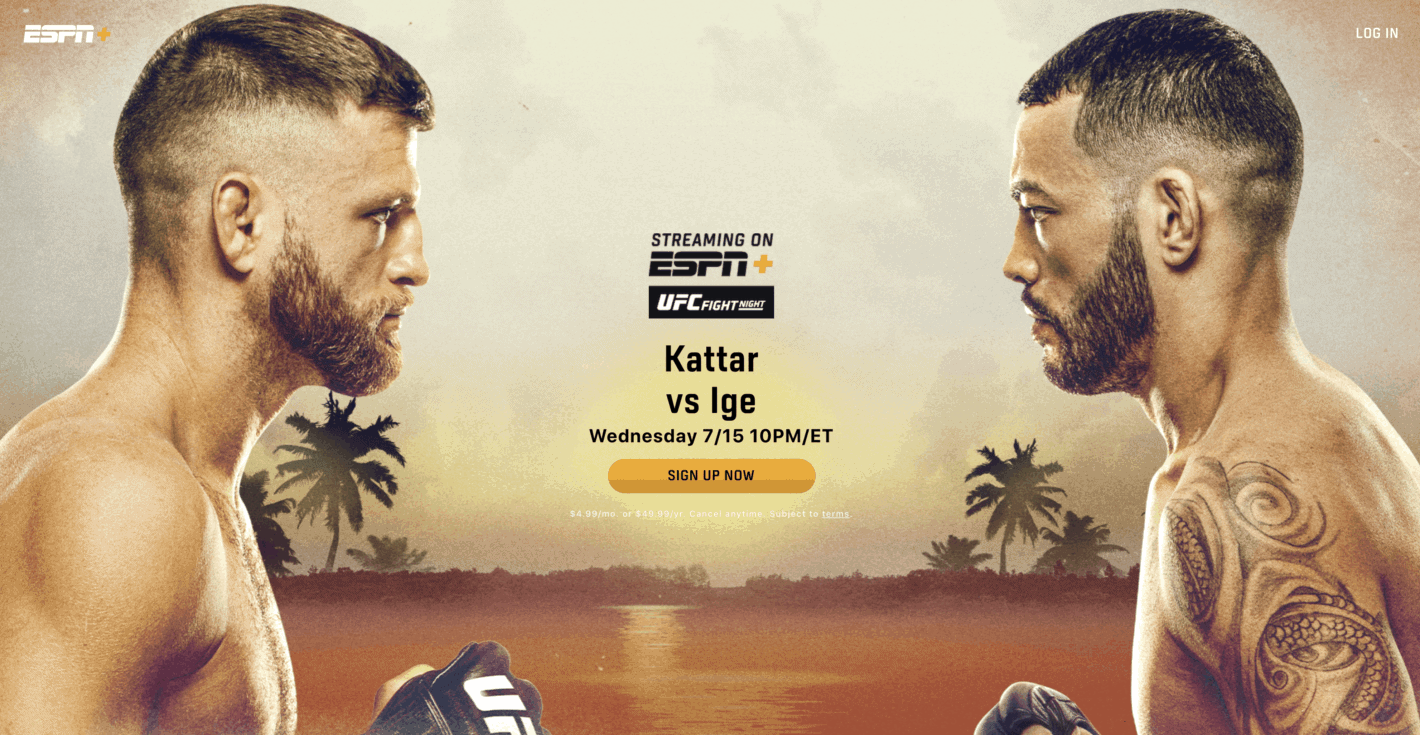 The UFC is holding another mid-week Fight Night this week, and it takes place tomorrow. UFC Fight Night 172 sees Calvin Kattar vs Dan Ige in a Featherweight bout for the main event.

UFC Fight Night will kick off at 10PM ET on ESPN on Wednesday, July 15.

Kattar has 13 wins by finish and is coming off a knockout win over UFC veteran Jeremy Stephens at UFC 249. He has won three of his last four and is a two-time Fight of the Night winner. Ige signed with UFC after earning a win on Dana White Contender Series in 2017. He’s on a 6-fight win streak most recently beating top ranked Edson Barboza in May.

Also on the card is Tim Elliott vs Ryan Benoit in a flyweight bout. Elliott is a winner of the Ultimate Fighter season 24 tournament and former Titan FC Flyweight champion.

Tim Elliot is a former UFC title challenger and a 3x Fight of the Night winner. 9 of his 15 wins are by knockout or submission and is looking to get back into the win column. Ryan Benoit has 8 wins by knockout and will be looking to break into the top 15 rankings with a win over Tim Elliot.

UFC Fight Night will be streaming on ESPN+ and ESPN. So it is not exclusive to ESPN+. But if you do not subscribe to a streaming Live TV service, then ESPN+ is going to be the best place to watch it. ESPN+ costs just $5 per month and you can sign up for the service here. You'll also find loads of other UFC content on ESPN+, including some exclusive fights, as well as the PPVs.