Instagram has rolled out the pinned comments feature to all. Instagram users around the world can now pin up to three comments to show them at the top of their posts. This will give authors more control over the tone of comments on their posts.

They can select comments that highlight positivity and nudge the conversation more towards it. Since the selected comments will appear at the top, people are more likely to engage with them. Instagram will notify the user whose comment was pinned.

“Today we’re rolling out pinned comments everywhere. That means you can pin a few comments to the top of your feed post and better manage the conversation,” Instagram said in a tweet on Tuesday. The Facebook-owned company has been testing this feature since May.

Instagram users can now better moderate negative and abusive responses on their posts by pinning positive comments at the top. The process of pinning comments is straightforward enough.

On Android, long-press on the comment you want to pin and select the pushpin icon that appears at the top, alongside the report and delete icons.

To pin a comment on iOS, swipe left on the comment and select the pin option. The pinned comments feature is not yet available on the web version.

Instagram has been actively working on improving comment moderation on its platform. Earlier in May, it released a tool for the bulk-deletion of comments.

Users can select and delete up to 25 comments at once. The pinned comments feature is also a result of the company’s recent efforts.

The photo and short video-sharing app also have a few more comments-moderating tools in place. It uses artificial intelligence (AI) to automatically block offensive comments from posts. Similar AI tools also warn users if they are about to post potentially offensive comments. 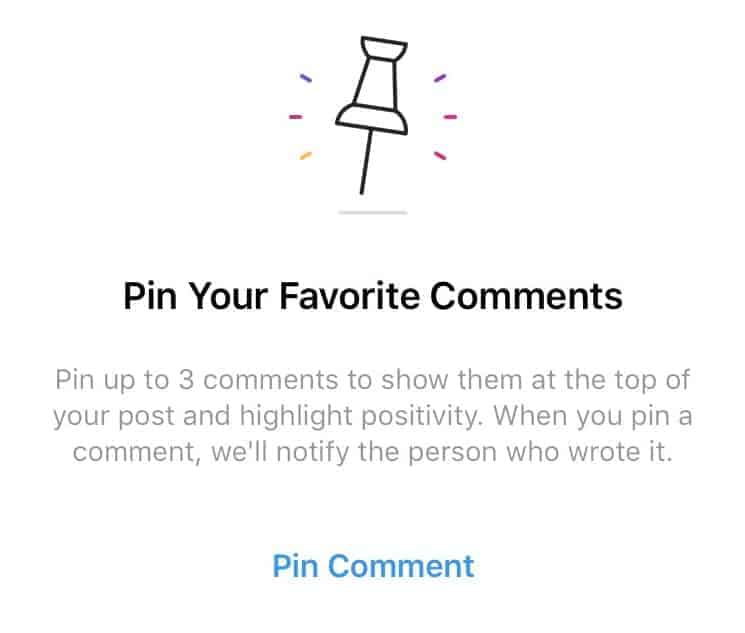