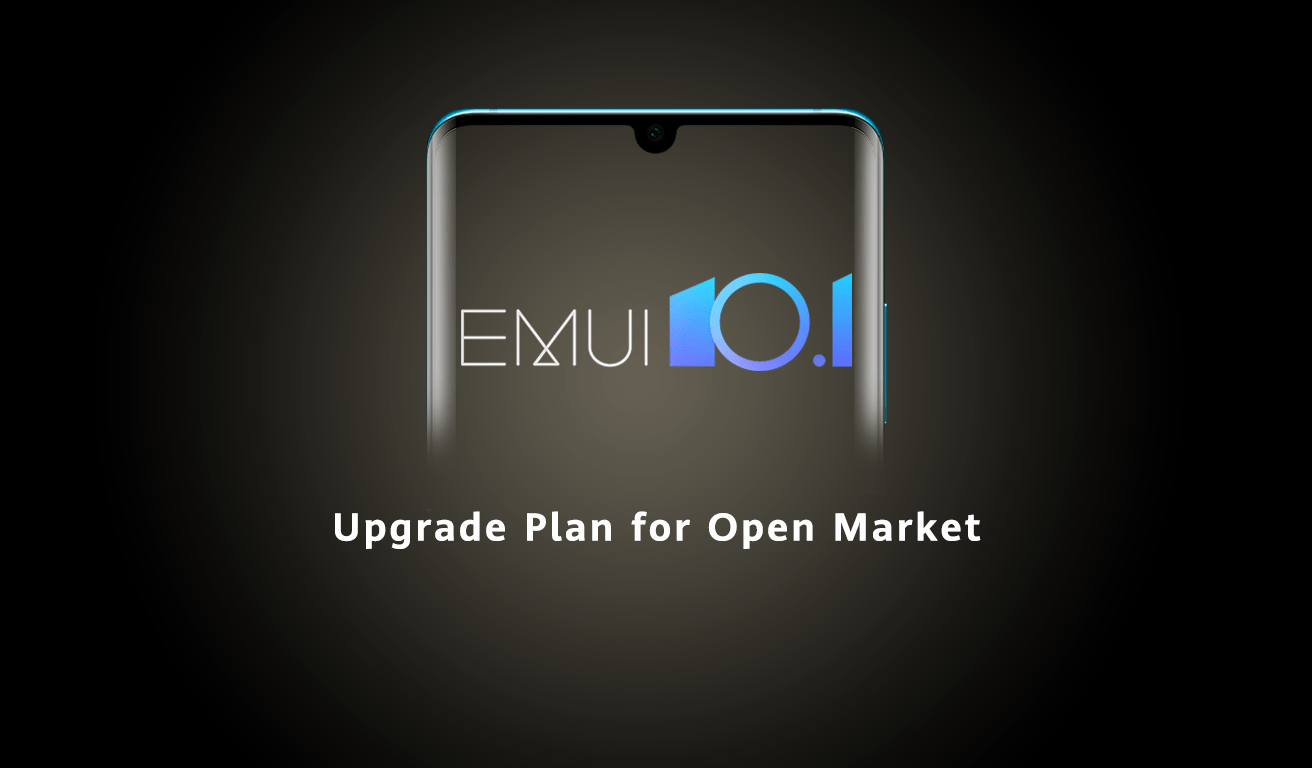 Introduced with the Huawei P40 series in March, the company has been seeding the latest iteration of its custom Android skin to older eligible models in its home country since. Now that it is almost done rolling out EMUI 10.1 to all eligible devices in China, the company has shifted its focus to global markets.

It has now published detailed update roadmaps for these devices in the aforementioned eight markets. In fact, the rollout has already begun. Some of the devices have already received the EMUI 10.1 update in select markets.

HONOR devices receiving Magic UI 3.1 include HONOR View30 PRO, HONOR 20, HONOR 20 PRO, and HONOR View20. However, the company is yet to release an update roadmap for these devices.

Huawei has also made enhancements to Huawei Share, Multi-Screen Collaboration, Always On Display (AOD), and several other existing features.

While some of the devices may miss out on a few features, most of them should make the cut. If you own an eligible Huawei device, look out for the EMUI 10.1 update.

Huawei's official EMUI 10.1 update roadmap stretches all the way till the end of August. Note that this update roadmap applies to unlocked Huawei smartphones only. Carrier-locked units may take longer to receive the update as the firmware first goes through carrier testing.

Also, updates are released in batches and may not be available for all eligible units at the same time.

However, the EMUI 10.1 update will definitely reach all the listed Huawei devices. Check out the full update roadmap for each market below. 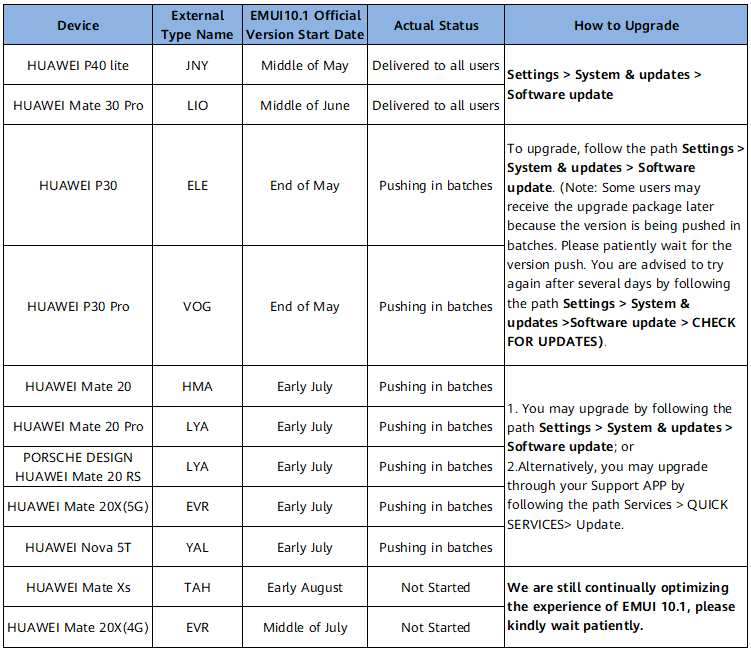 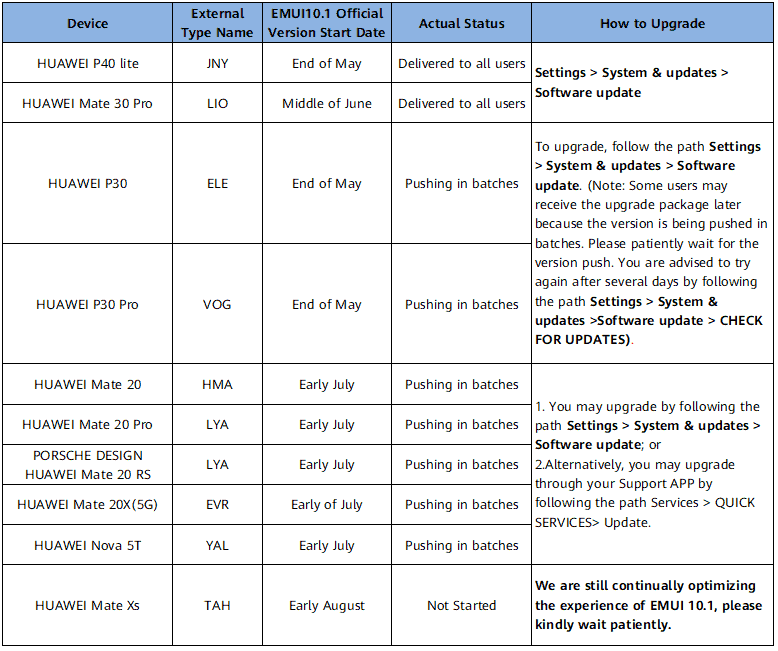 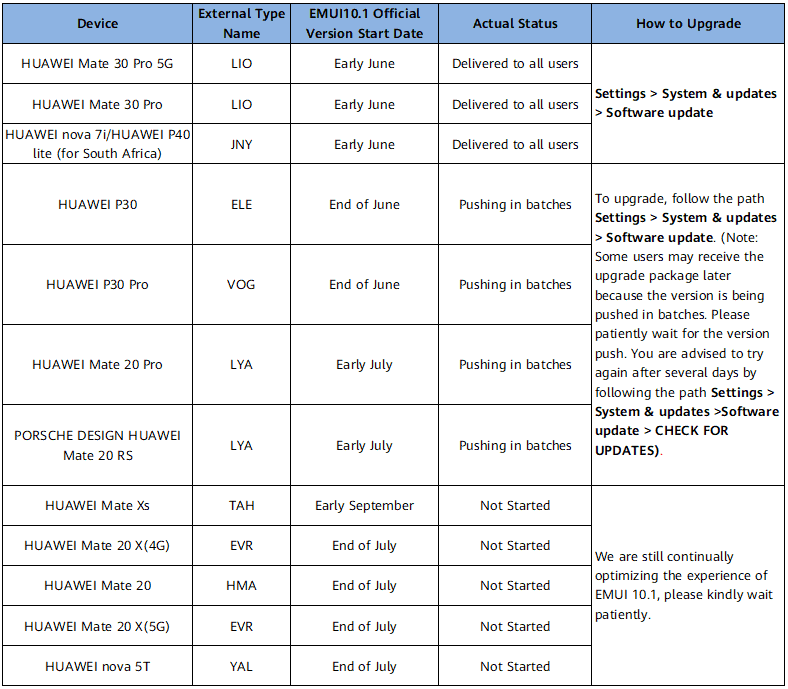 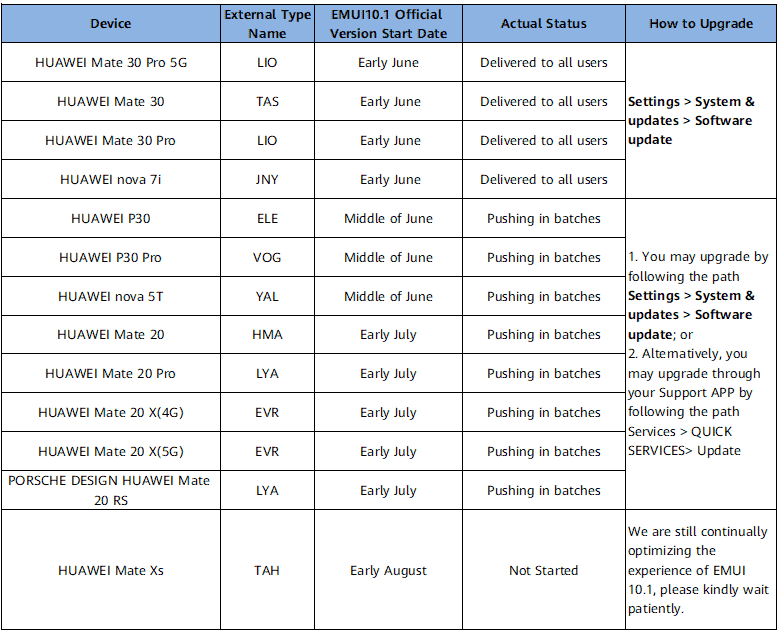 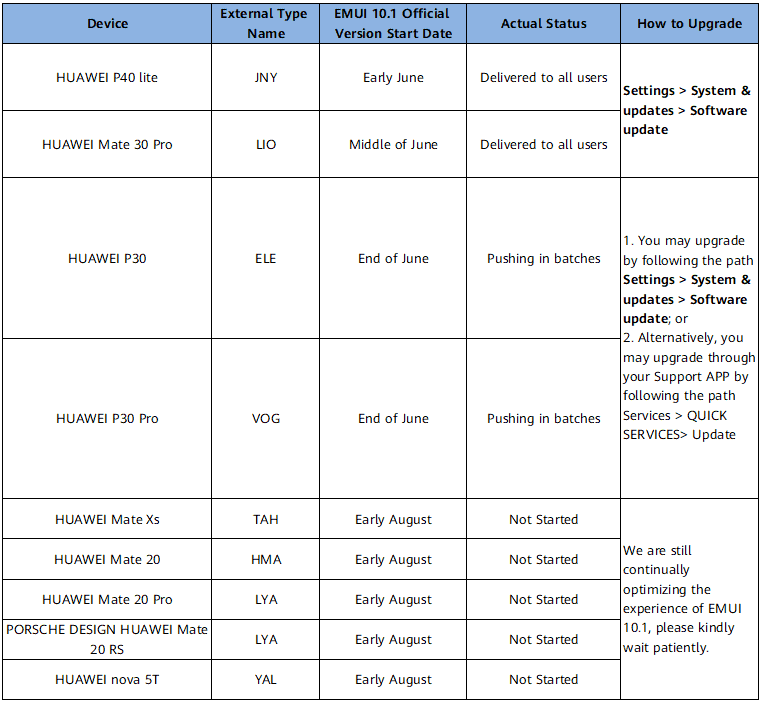 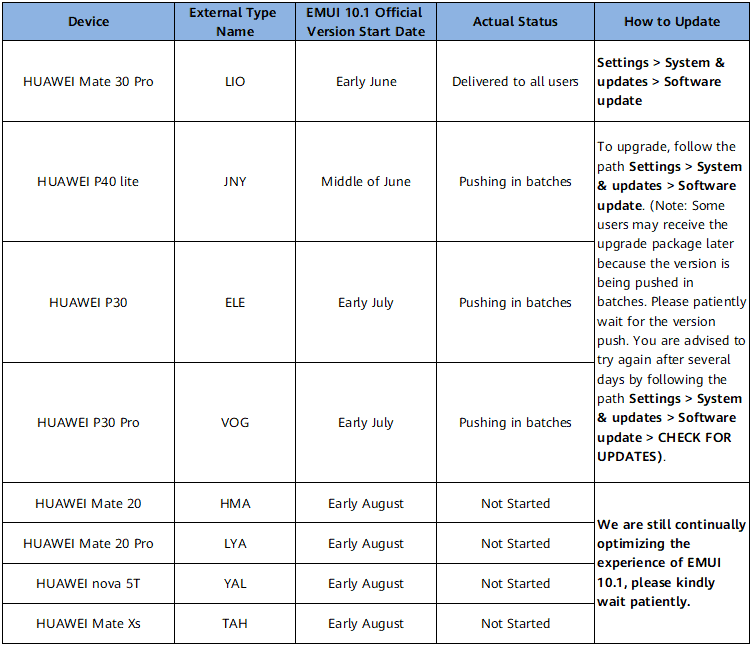