Google is seeking help from its biggest Pixel phone fans to make the devices more useful.

The company is referring to these users as Pixel Super Fans, and is sending out surveys to gather information and insight about future devices. Or simply future services and feature improvements it can make to current devices.

The survey, which doesn’t necessarily state that it wants insight to help design specific details of future Pixel phones, is legitimately asking for opinions from users. Just not about phone design.

The email being sent out to super fans requests help from users to “make Pixel phones more useful.” Google of course wants to go straight to the people it values most in this regard. Pixel users. Likely those that have purchased more than a few Pixel products.

This seems like your run of the mill survey for product research.

It doesn’t mention anything about a new device. It does however ask a couple of key questions about Pixel products, like which ones you might care about and which ones you own or have owned in the past.

In addition to that it also asks if users would be interested in attending a virtual event.

That event is happening later on in August, specifically on August 17 and August 18. Keeping these dates in mind, this doesn’t seem to be for any sort of product event. Rather it appears to be a way to connect Pixel super fans with people from the product design team.

During this virtual event users will have the opportunity to meet other Pixel super fans, and ask questions to the people who make the devices.

Other than that there’s not much Google has given up in terms of details. However that doesn’t mean there won’t be something beneficial for the virtual event attendees.

Participating in the survey gets you special perks. Probably.

Usually when you complete a survey you get something out of it for your time.

It’s not generally anything major, but a little something. Like in the case of Google’s ‘Rewards’ app on Android which gives you small amounts of Play Store credit.

In this case, it seems that super fans who take the survey will have a chance to get special perks like discounts on Google products (including Pixel phones), and first access to new features. Among other things.

There is some opt-in stuff included. So keep that in mind when entering any information into the survey form. All that said, if you’re a big fan of Pixel products, the survey might end up being worth your time.

If you’d like to take the survey for yourself, you can do so through this link, which will take you straight to the Google Form page. 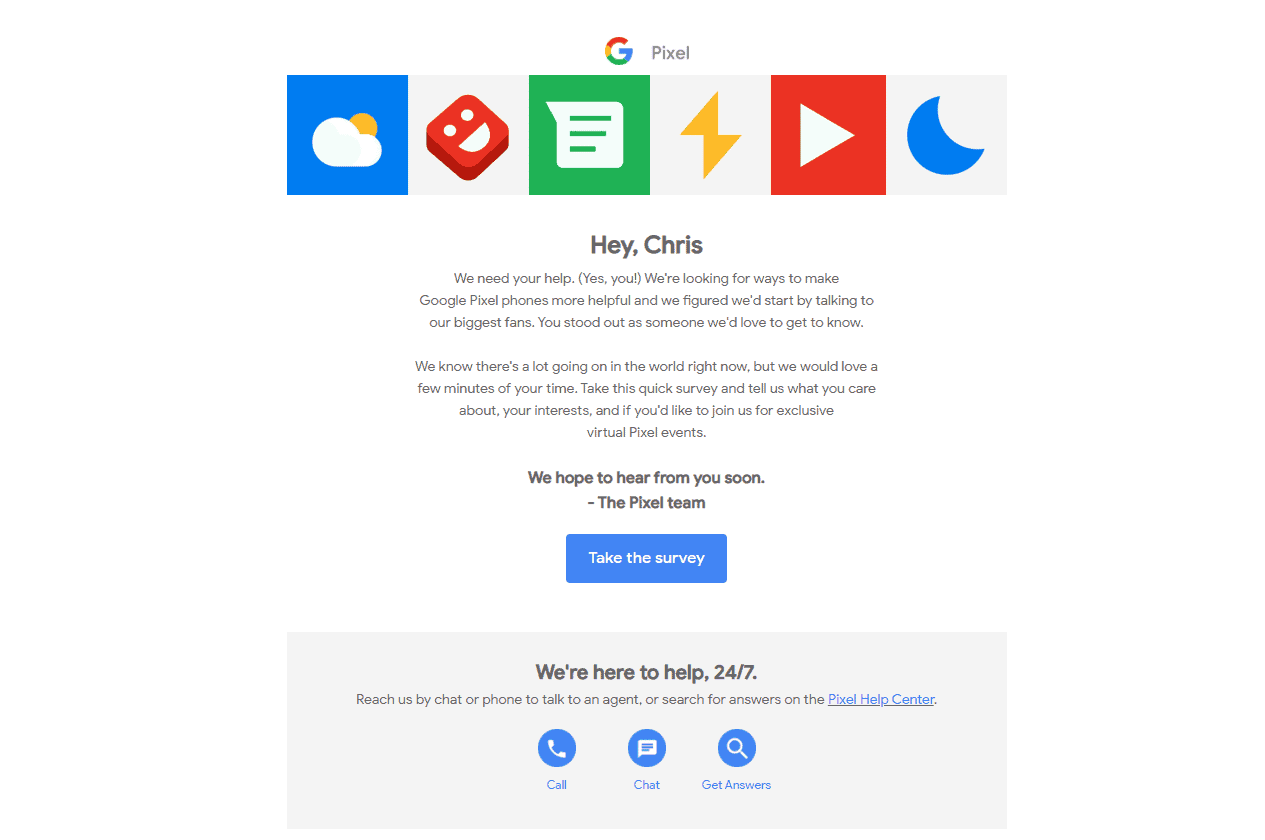