Google is preparing three Pixel smartphones to be released this year, which includes a Pixel 4a 5G. Fortunately, though, Google is not going 100% in on 5G. So there will be a 4G model available.

After 9to5Google dug through the code of the latest beta Google app, it’s clear that there are three Pixel smartphones being released this year. A Pixel 4a, Pixel 4a 5G and Pixel 5. The former is running a Snapdragon 730 and the latter two are using Snapdragon 765G chipsets.

This also confirms that there is no Pixel 5 XL this year. And Google is sticking with just a single Pixel 5 this time around. That’s probably smart, seeing as it’s usually one model that gets the majority of the sales. Of course, we can’t really tell from this code whether the Pixel 5 is the size of a “XL” version or if it’s a smaller smartphone. So we’ll have to wait til October and see.

But the surprising part here is that Google is releasing two Pixel 4a smartphones. We’ve been hearing for months that there was a single Pixel 4a, and that Pixel 4a XL was cancelled. That seems to be true, partly. There’s no Pixel 4a XL, but there is a Pixel 4a 5G, which might be larger than the regular Pixel 4a. As 5G antennas take up more space – especially if they want to sell this on Verizon.

Google is doing an interesting approach to the Pixel this year. Instead of offering a premium Pixel smartphone, with the latest and greatest Snapdragon chipset, it’s going with a mid-upper tier chipset in the Snapdragon 765G.

Now it’s unclear if Google is doing this to keep the price down, while still adding 5G (and thus, making carriers happy), or if they want to possibly prove a point that you don’t need the latest and greatest silicon for a great experience. After all, that’s what Motorola did with the Moto X many years ago – and would you look at that, Rick Osterloh who is now in charge of the Google hardware division, was once in charge of Motorola.

There are some out there that really want a premium Pixel from Google, but this year, they’ll have to settle for the Pixel 5. And if the survey Google sent out earlier this year is any indication, it may actually be a few hundred cheaper than the Pixel 4/4 XL was last year. So that’s a good thing, with most other smartphones crossing $1,000. 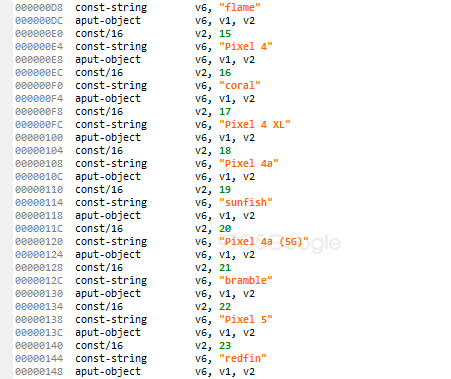