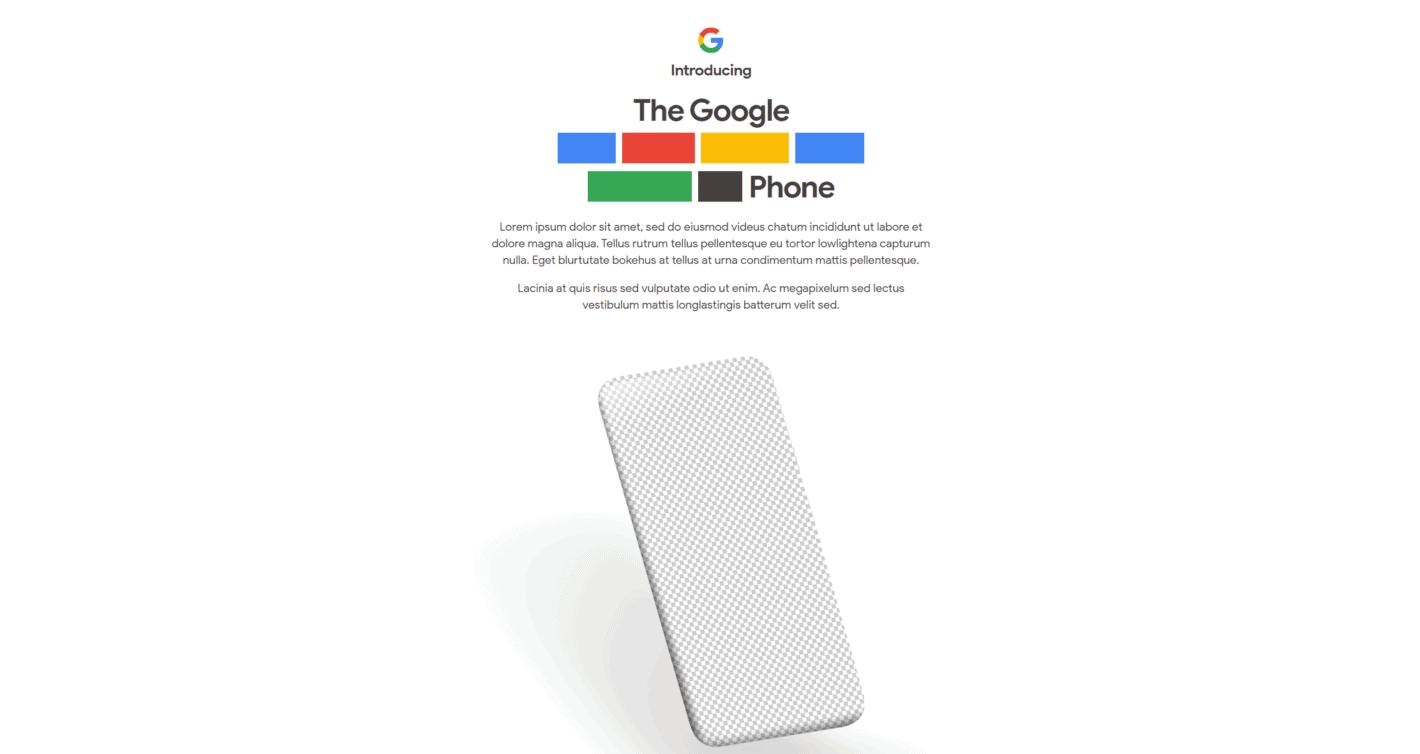 Google appears to be teasing the Pixel 4a over on the Google Store this morning.

In true Google fashion though it does so in the form of a puzzle that your first have to solve. Google teasing the Pixel 4a is not necessarily an unprecedented thing for the company to do. It's teased things before.

This time around, Google's hint about the arrival of its next phone requires you to click on a series of blocks. Doing so cycles those blocks through Google's trademark colors. If you get them on the right color in the correct order, the message on the page changes to reveal more details.

Google was expected to announce the Pixel 4a officially during its annual developer conference, Google I/O, earlier this year.

But since the conference was cancelled, there was no announcement. Google also opted to forego any digital events like other companies have done. Leading many to wonder if the Pixel 4a was still coming.

While it's still possible this could be a reveal for some other phone, it's not likely. It's well-known that the Pixel 4a was expected to be revealed earlier this year. So people have now been waiting on a new reveal date. Google knows that.

Which is probably why it referred to the phone as the "just what you've been waiting for" phone on its teaser page.

The reveal is happening on August 3

Monday will be August 3. Months after people expected Google to announce the Pixel 4a.

Aside from the suggestion that people have been waiting for the Pixel 4a since May, the tease also shows a blank slate in the shape of a phone. With no defining features of course.

Google has also updated cover photos from its social pages to show the puzzle. So Google is clearly in full hype mode now to get people amped up for Monday's reveal. That being said people should really only expect the Pixel 4a to be included in the announcement.

Google could always throw a surprise or two out there. But right now there's nothing to suggest that it has any other announcements planned beyond this new phone.

Also worth mentioning is that the Pixel 4a has been leaked numerous times already. So there's not much left to learn about the device. Save for cost and availability, which Google will no doubt announce Monday.