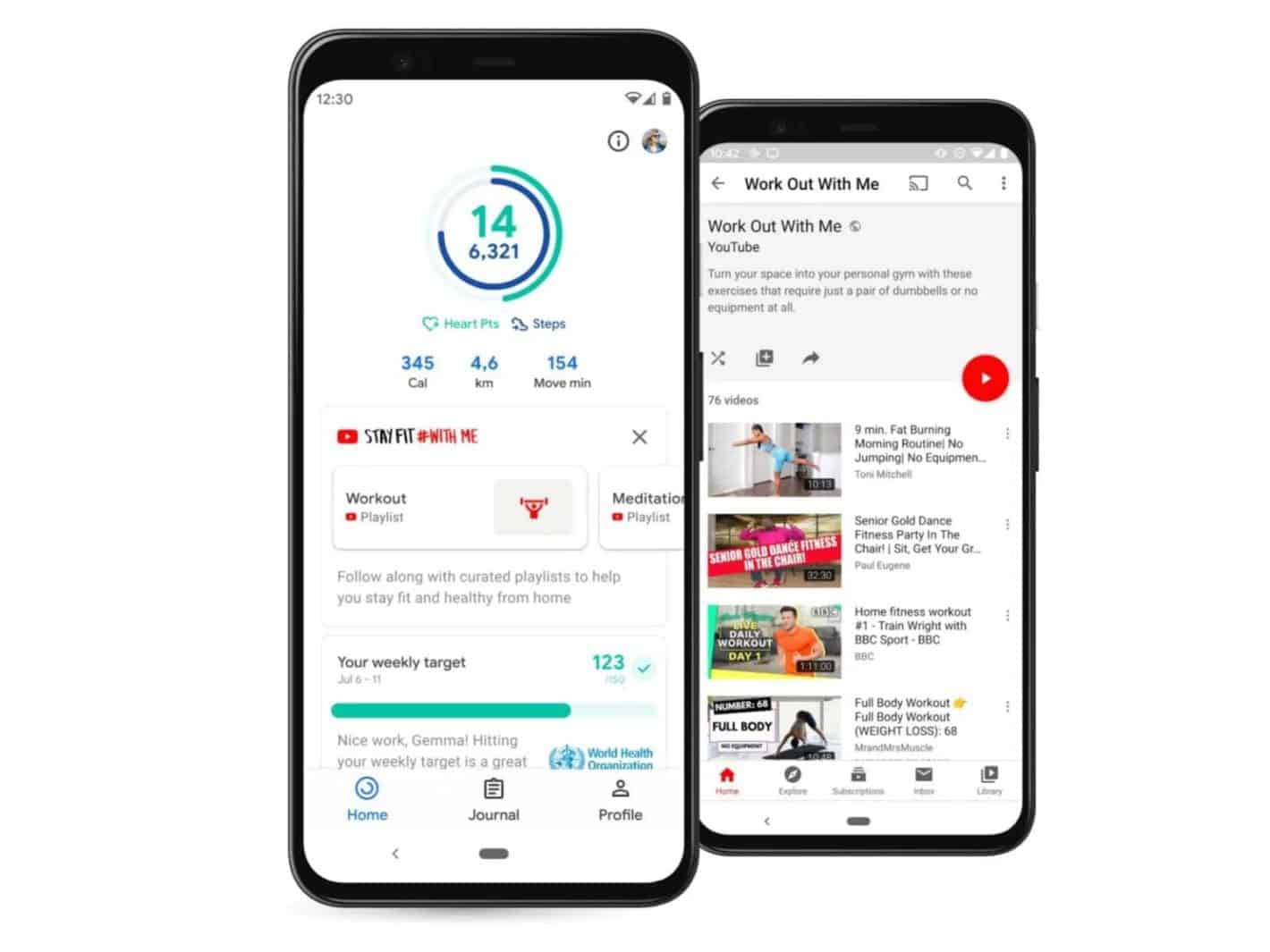 Google Fit and the YouTube team have joined forces for the latter company's Stay Fit "WithMe" campaign. The pair are reportedly now promoting a series of new playlists, curated on YouTube, and delivered on both platforms.

With regard to what the playlists are, that's found right in the branding for the campaign. The new playlists are filled with songs meant to inspire users who are staying at home. Specifically, that's those who are staying home due to ongoing health concerns worldwide but who still want to stay healthy.

As Google puts it, the goal is to encourage users to work toward hitting AHA and WHO recommendations for "weekly physical activity."

But that doesn't mean all of the playlists are tucked under a single category either. YouTube has parceled out tracks into several categories, each with their own card and playlist. There are playlists for yoga and meditation, high-intensity training, workouts, dancing, and more.

Where can users find these Google Fit, YouTube Collaborations?

The playlists launched by the Google Fit and YouTube teams for the WithMe campaign all play in the YouTube app. But they aren't necessarily meant to be discovered there all the time. So the new feature here will be easiest to find by opening up the Google Fit app.

Once in the app, a new UI will be presented to users just below the primary interface in Google Fit. More succinctly, that's below the Heart Points and Steps counters, Move Minutes, calorie count, and distance measuring features.

The UI here takes the form of a card with a "Stay Fit #WithMe" label and YouTube branding. The teams filled that with horizontally-scrollable playlist cards for users to choose from. That way, users can open up their Fit app and jump straight to a playlist of curated workouts and other physical activity directly from Google Fit.

At the very least, that should help users keep motivated instead of spending hours trying to create a playlist from scratch.

You can get started now

The playlists in question appear to be added as part of a server-side update. So they should already be available for end-users wherever Google Fit and YouTube apps are both available. That's without the need to navigate to the Google Play Store and perform any app updates.