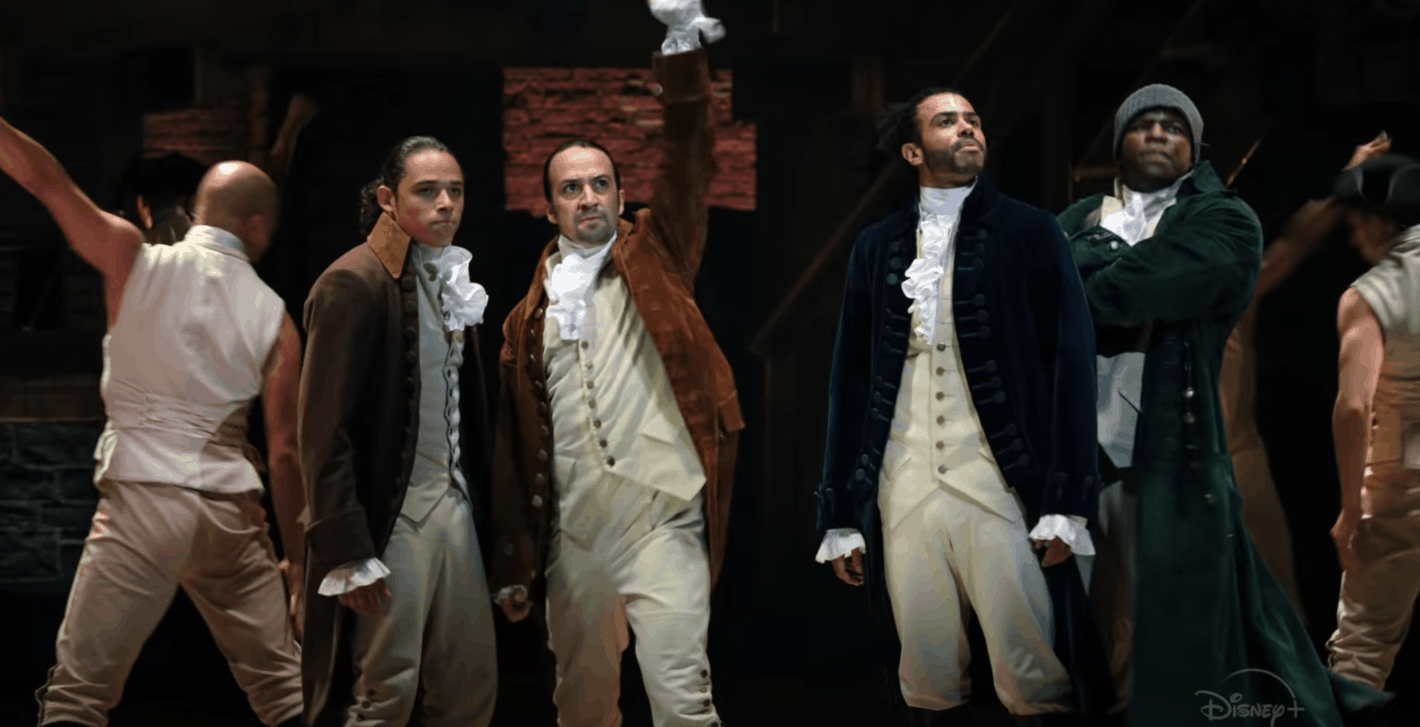 Hamilton is now available to stream on Disney+. And it couldn't have come at a better time, since it is 4th of July weekend.

The broadway musical has been adapted for streaming services like Disney+, and while not everyone is excited about that, it is a way to still watch the show. Seeing as Broadway is still shut down.

For those that might be living under a rock, and don't know what Hamilton is about. Well, it's a musical about Alexander Hamilton's life. Who was one of America's founding fathers. Lin-Manuel Miranda wrote the book on his life and also produced the musical.

It quickly became one of the most popular musicals on broadway, and really the only one (in recent memory) to become viral, of sorts. Everyone has been talking about Hamilton, since it debuted in 2016. And now, everyone that has not had the chance to see it, can do so, thanks to Disney+.

You will need to subscribe to Disney+ to watch Hamilton, and if you haven't already, you're missing out on a ton of great content. Disney+ has hundreds of thousands of hours of content. Thanks to the many, many movies it has made over the past century, as well as the many TV series that were on ABC, the Disney Channel and other networks that Disney owns. Disney also has almost all of the Marvel and Star Wars libraries available on Disney+. So even if you don't have kids, it is worth signing up for.

Disney+ is available as part of a bundle, if you want ESPN+ and Hulu together. You can get all three for $12.99 per month. Which is a really good deal, since you'd be spending $18 by subscribing to them separately.

Sign Up For Disney+
Advertisement
Trusted By Millions
Independent, Expert Android News You Can Trust, Since 2010
Publishing More Android Than Anyone Else
43
Today
43
This Week
298
This Month
5042
This Year
106517
All Time
Advertisement