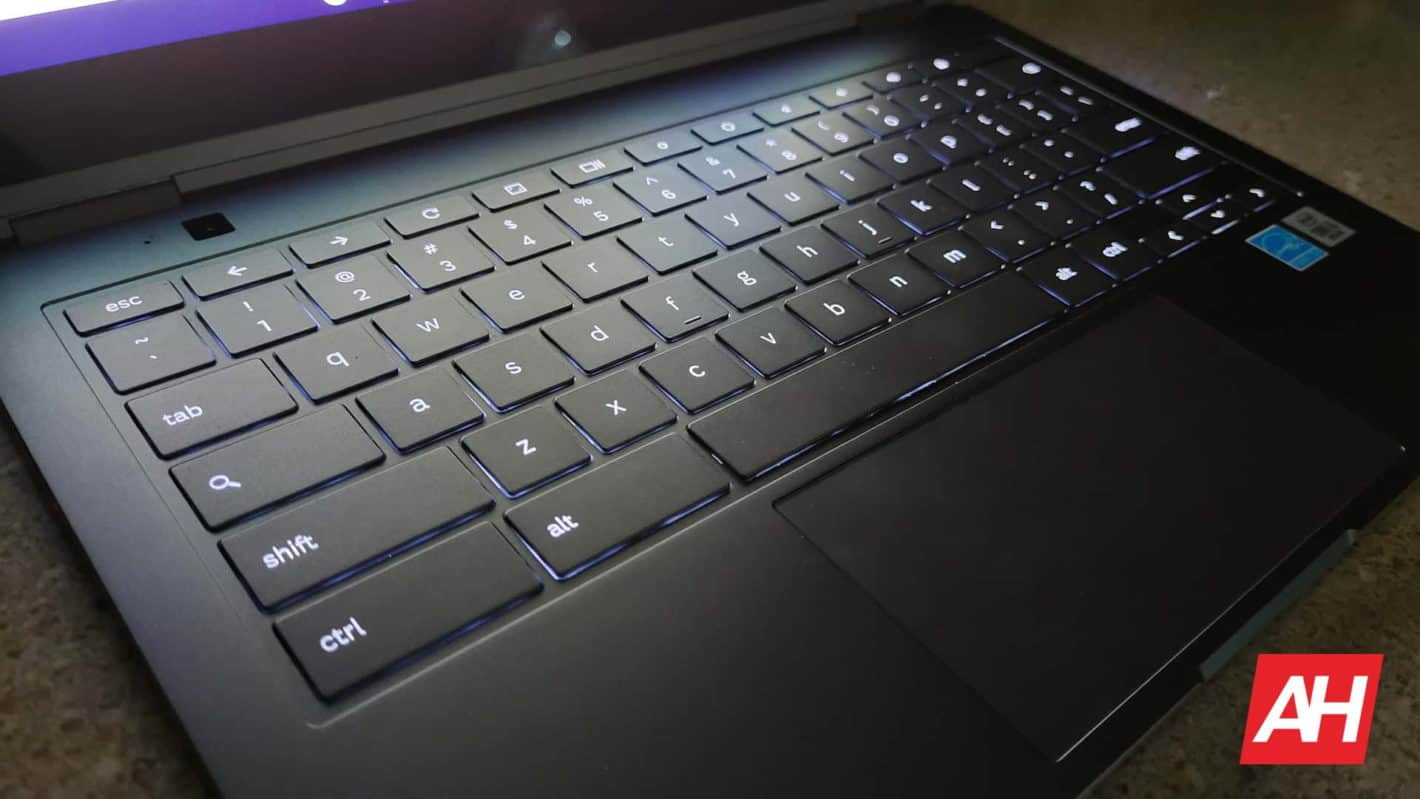 Chrome and Chromebook users have access to a plethora of keyboard shortcuts, just as any user of any operating system does. But, while at least some of those are going to prove incredibly useful to students, not all of those are the same.

Of course, it’s entirely possible to simply go through and review all of those. Particularly on Chromebooks since Google has built-in a system for quickly viewing both Chrome and Chrome OS shortcuts. But, with hundreds of shortcuts available in total, that’s hardly practical. With that said, if there’s anything I’ve learned after using a Chromebook to write articles for years, it’s that not all shortcuts are created equal.

Now, writing articles on a day-to-day basis is arguably very similar to the modern take on schoolwork. It requires the use of multiple browser windows and tabs for research, document and file management, typing, and even photo editing. So it stands to reason that some of the shortcuts I use on a daily basis will also prove invaluable in a classroom setting.

So here I’ve laid out some of my favorite Chrome and Chromebook keyboard shortcuts that maximize productivity. Those, in turn, help get the work done more quickly so that we can move on to things that are a bit more fun.

The first run of shortcuts we’ll explore apply more generally to Google Chrome. More succinctly, they apply to navigation, window and tab management, and saving or printing pages. Whether that’s creating new tabs or windows, moving between those, or quickly accessing the menu, these shortcuts will get the job done.

Controlling tabs with the keyboard is a relatively straightforward affair.

And navigating between tabs without every clicking anything is a breeze too.

With quick keyboard access to the Chrome three-dot menu, it’s possible to use the arrow keys and the ‘Enter’ key to access nearly all of Chrome’s features and functionality. This keyboard shortcut also works in the Files app on a Chromebook, rather than just in Chrome.

Select Multiple tabs to move or remove them more quickly

It’s also possible to interact with multiple tabs at once, although the mouse or trackpad will still be required for these actions. That means tabs can be deleted all at once with the above-mentioned keyboard shortcut. Or that they can be moved to their own window simply by clicking and dragging away from the current window.

Aside from moving tabs around and navigating between tabs, sometimes, multiple windows are needed. And as often as not, those need to be viewed simultaneously. Fortunately, using multiple windows in split-screen mode is easy. And moving the current window to the left or right half of the screen — or out of the way entirely — is too.

Beyond that, zooming a page in or out is a straightforward affair as well, ensuring that any discrepancy between pages can easily be mitigated.

You can also switch windows easily with just the keyboard.

Print the current page or save it as a PDF

Printing pages with keyboard shortcuts, or saving them as PDFs, is a straightforward affair in Chrome and on Chromebooks as well. Both are accessed on the same menu with the same shortcut.

Now, aside from the standard Chrome shortcuts, Chromebook devices have a few distinct keyboard shortcuts all their own. Those can be used for accessing similar functions as is found on other computers, as is the case with hidden keystrokes like the emulated ‘delete’ key. But it’s also possible to navigate between open or pinned apps with the keyboard. And taking screenshots or entering overview mode is different here too.

Among the most challenging aspects of Chrome OS is that it doesn’t feature quite the same keyboard as other computer systems. For instance, there’s no “delete” key for trashing files in the File manager or deleting text in the opposite direction to the backspace key. Similarly, right-clicking isn’t necessarily intuitive. Other keystrokes, conversely, are identical to Windows. Both types of these keyboard shortcuts are useful to know for both Chromebooks, whether in the Chrome browser or not.

Create new folders and interact with files for better organization

Conversely, interacting with files and folders on a Chromebook requires the use of the built-in ‘Files’ application. A right-click can be used to copy-paste, rename, or get details on a file or folder. But that’s not necessarily required here to interact with those files either. Using the keyboard is, more often than not, just faster and easier.

Once work is underway, it’s entirely possible Chromebook users will have multiple windows, apps, and other utilities open. But the work of switching between those doesn’t necessarily fall to the mouse or trackpad. Keyboard shortcuts can be used here too.

Now, overview mode has its own dedicated keyboard button on Chromebooks. So it doesn’t require too much explanation. To enter into overview mode and see everything that’s open, users need to press the overview key. The icon on that key is shaped like a rectangle, with other rectangles or lines stacked behind it.

Navigating between apps and software in the primary UI is something else entirely. That can be accomplished with the keyboard alone, as long as the app or software in question is already pinned to the shelf or open.

Conversely, those can be navigated through by pressing ‘Shift + Alt + L’ and then;

Taking screenshots is different on a Chromebook

Now, one of the key differences between the keyboard on a Chromebook and Chrome on other devices is that there’s no dedicated button for screenshots but there are keyboard shortcuts. So taking those is straightforward, regardless of that keyboard omission.

As with Chrome and a Chromebook in general, there is also a wealth of keyboard shortcuts for Google Drive and Docs. So creating new files, quickly renaming them, formatting text into lists and de-formatting text, adding in links, checking word count, and typing with voice are all easy to accomplish. And that’s without digging through menus via the mouse or trackpad.

In Google Drive on the web, users can access an entirely separate set of keyboard shortcuts, on Chrome or a Chromebook, to create new Docs or Sheets files. And new folders can be created that way too.

And it’s easy to rename the currently selected item in Google Drive on the web too.

Create new documents with a URL instead of Drive

On the other hand, it’s also possible to create a new document directly from the URL Omnibox in Chrome. Users simply need to visit the appropriate page and then move and save files as needed. They initially save to the My Drive folder rather than organized to any specific location.

For Google Docs, these URLs will work;

Or for Google Sheets, these URLs will work;

For Google Sheets, use these URLs instead;

As noted in the segment above about pasting text or content, sometimes, copying and pasting text doesn’t offer the best results. And, in other cases, formatting that was deliberately included may need to be removed. In Google Docs, it’s entirely possible to remove formating without cutting and copying the text again or going through the menus.

Conversely, bulleted or numbered lists are often needed in a document but, as with removing formatting, creating those can be tedious. Especially if it means wasting time with the mouse.

Finally, some assignments require hyperlinks to be inserted on words or as references. And that, too, can be accomplished using keyboard shortcuts in G Suite for Chrome or a Chromebook.

Beyond the links, lists, and formatting requirements often associated with homework, students are often required to meet a specific word count requirement. Fortunately, Google’s document editor does allow that to be checked. The tool also showcases page count and characters. And it works individually for selected text or for the entire document if no text is selected. But it’s also been buried unintuitively in the menu ribbon at the top of the page.

There are keyboard shortcuts for that too on either Chrome or a Chromebook, letting users see whether they need a couple of filler words or a few more paragraphs to meet the requirements. The most important one is;

The final keyboard shortcut that every student working in G Suite on a Chromebook or in Chrome needs to know, is how to use voice-to-text. Of course, this tool can prove useful for dictating text for homework. But it can also serve as an invaluable tool for taking notes and for other purposes.