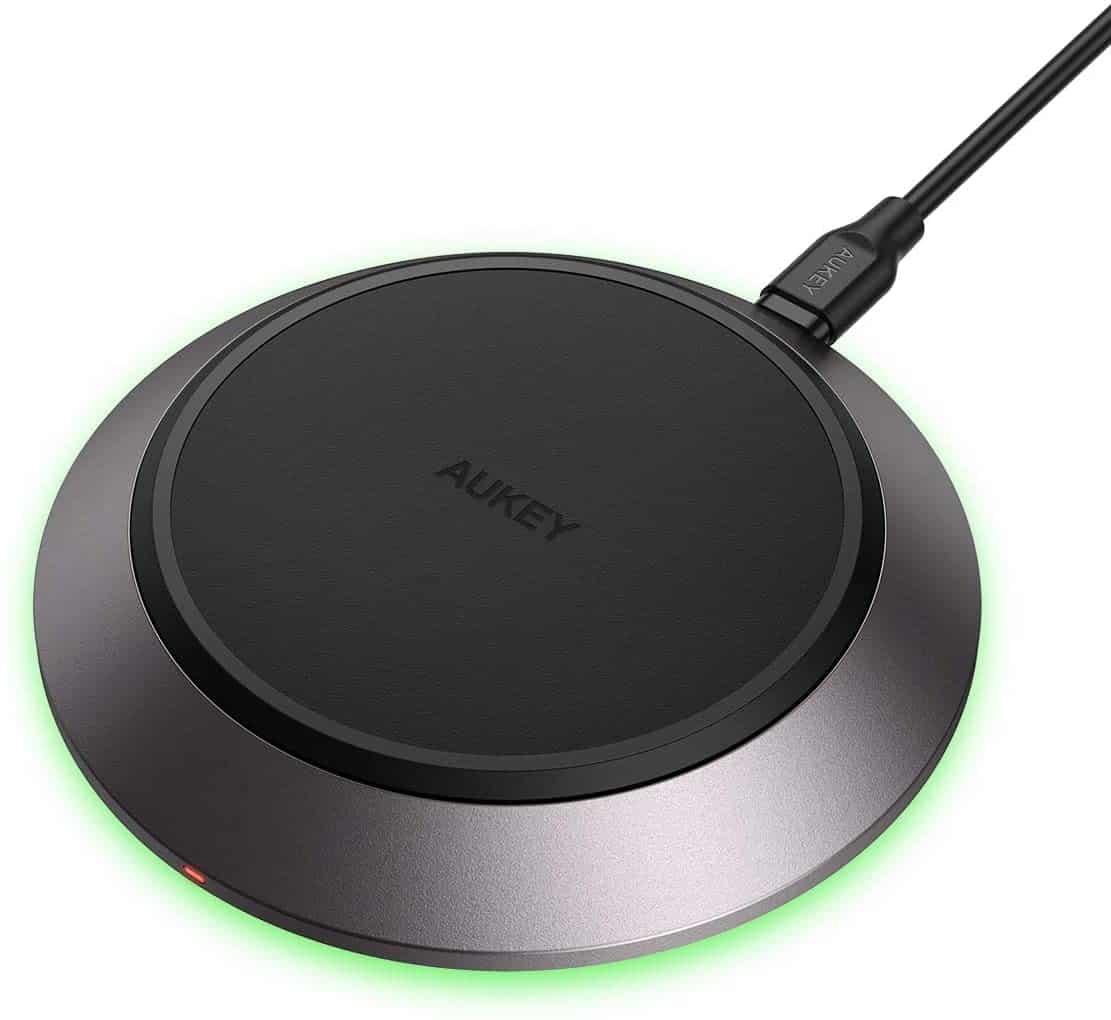 Though, to get this price, you are going to need to use the promo code K8T7BLJE at checkout.

This wireless charging pad from AUKEY is a pretty good looking one. It has black soft-t0uch plastic on the top, with an aluminum ring around the outside that slopes downward. And there is a ring light on the bottom to indicate when it has power, when it's charging and when it is fully charged.

It's a very minimal but good looking charging pad. And you can simply put your  phone down on it and have it start charging.

At 15W, it is a very fast wireless charging pad. Most phones cap it at about 10W. Some newer Samsung smartphones also do up to 12W, though. However, for some of these, you may not get the full power of the 15W speeds. Or even close to it.

For example, the Pixel 3 and Pixel 4 series have fast wireless charging at up to 10W. But, Google only allows it to charge that fast on its own chargers, not any third party wireless chargers. Which will charge it at 5W. And that's awfully slow. Especially in 2020.

It will also still charge your smartphone wirelessly when you have a case on it. As long as it's not a super thick case like an OtterBox case. About 3mm or less, and it'll charge with no problem. Which covers most cases anyways, so you likely won't need to think about it.

You can pick up this AUKEY 15W wireless charger from Amazon today by clicking here. This price won't last long, so you'll want to grab it before it is gone.