ASUS is expected to announce a new flagship smartphone, supposedly called the Zenfone 7, this year. While there’s no official word about it yet, the rumored ASUS Zenfone 7 has started taking shape.

The two listings reveal quite a lot about the upcoming ASUS smartphone. While neither of the listings explicitly mention the device’s name, it gets high-end specs that suggest of a flagship phone.

As per the NCC and TUV Rheinland certification listings, the ASUS Zenfone 7 will come with 512GB of internal storage capacity. Storage can be further expanded up to 2TB via microSD, a feature that’s hard to find in newer flagship phones.

It will be a 5G-capable phone and will offer Wi-Fi 6, Bluetooth v5.0, and NFC connectivity features, of course.

The device packs a 5,000 mAh battery with 30W fast wired charging support via a USB Type-C port. Additionally, the model number ZS670KS suggests that one of the ASUS Zenfone 7 models could be sporting a huge 6.7-inch display.

Along with the standard Zenfone 7, a ‘Pro’ model is also reportedly in the works. Hopefully, ASUS will fit the new phones with an AMOLED display and not an LCD panel as it did last year with the Zenfone 6.

A Geekbench listing last month that the ZenFone 7 will include a Qualcomm Snapdragon 865 SoC and will have up to 16GB of RAM. The ZenFone 7 Pro, on the other hand, may get the recently launched Snapdragon 865+ chipset.

Both models should come in multiple memory configurations and run Android 10 out of the box. ASUS is reportedly looking to offer the phones in black and white colors.

The Zenfone 7 series will likely keep the flip camera module of its predecessor but pack more lenses. We might also be getting more powerful sensors with the new ASUS flagship. The Zenfone 6 came last year featuring a 48-megapixel primary camera and a 13-megapixel wide-angle sensor.

ASUS is expected to reveal some details about the Zenfone 7 and Zenfone 7 Pro during the ROG Phone III launch next week. The new gaming smartphone from the Taiwanese company launches on Wednesday, July 22. 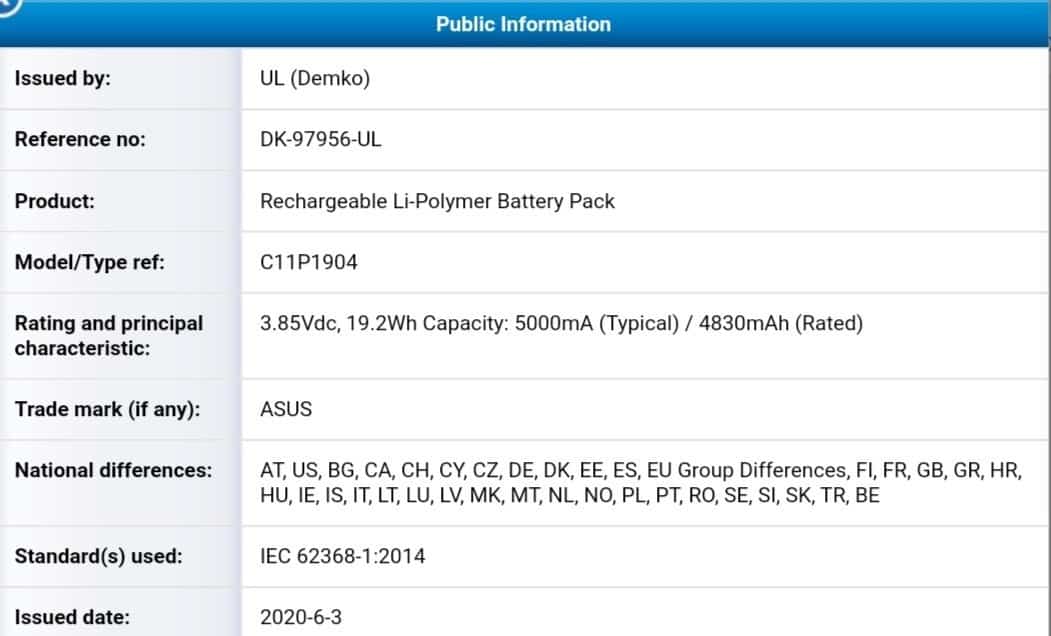