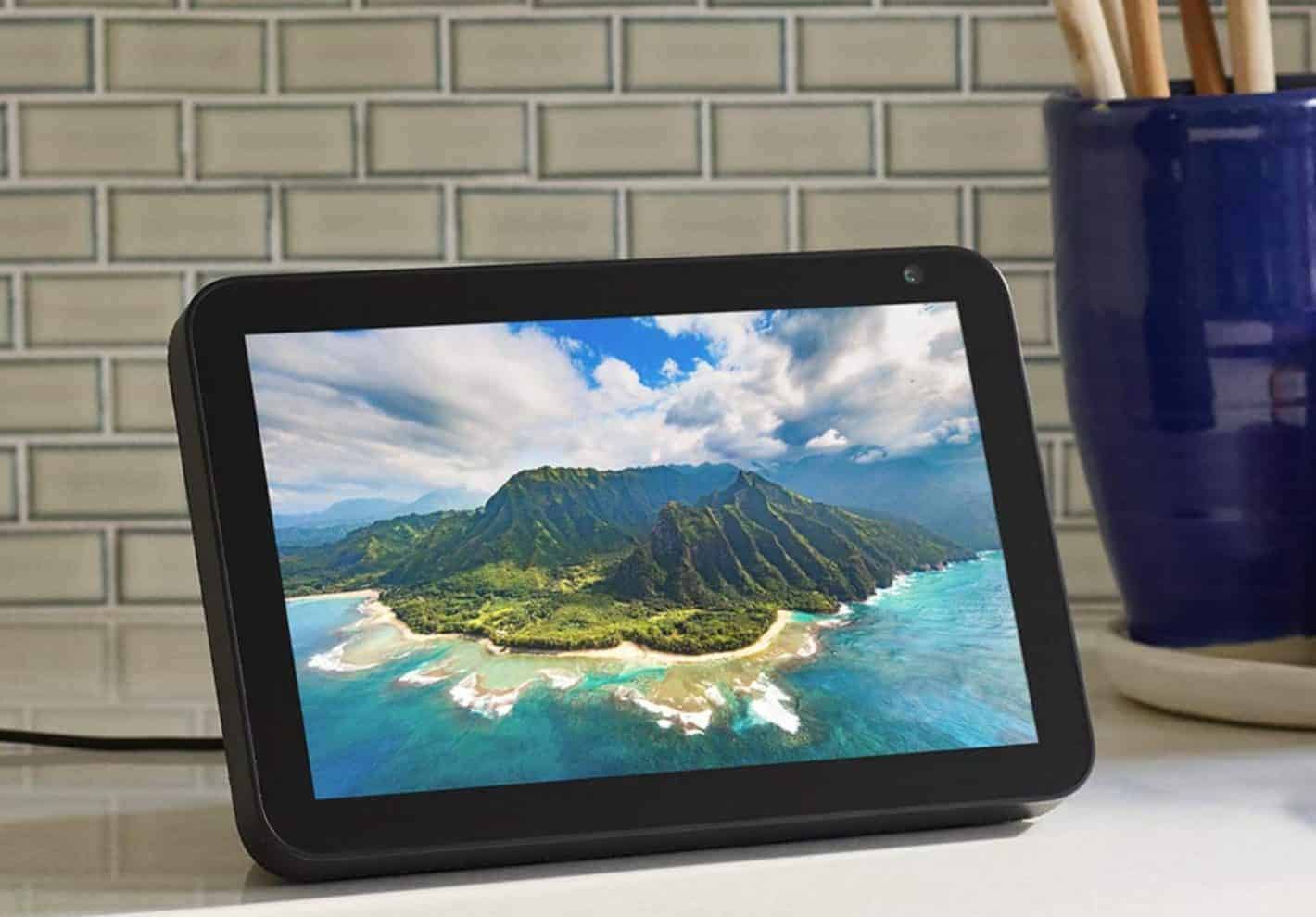 The Amazon Echo Show 8 is back on sale and down to its best price yet. That's just $89.99, which is about $40 off of its regular retail price. And makes it a really great time to pick one up.

The Echo Show 8 is a really great smart display to pick up for a few reasons. But primarily because it has a really great size display. Coming in at 8-inches, it's not going to be too big to put on a desk, in the kitchen or even in the living room on a table. And it's still big enough to watch videos on.

That's because the Echo Show 8 does support streaming video from the Amazon Prime Video app. It doesn't support all streaming apps, at least not yet, however.

It's a good idea to put the Echo Show 8 in the kitchen, as you're going to be able to use it to follow recipes, or simply watch a video while you're cooking. Using Alexa for recipes is a really great idea, and it makes it a whole lot easier with a display that you can control with your voice. So you don't need to clean your hands every time you want to touch the Echo Show 8.

You can pick up the Amazon Echo Show 8 from Amazon today by clicking here. Though you'd better hurry, as this price is not going to last very long. And it'll be gone before you know it.

Advertisement
Trusted By Millions
Independent, Expert Android News You Can Trust, Since 2010
Publishing More Android Than Anyone Else
35
Today
35
This Week
290
This Month
5035
This Year
106510
All Time
Advertisement