Amazon is now rolling out an update that will completely redesign its Alexa app from the ground up. But the improvements being delivered now, as reported, don't include new features. And they aren't necessarily to improve functionality either. Instead, the company is focusing its efforts on making the application more appealing from a usability standpoint.

That means that the update is predominantly a UI overhaul, intended to make the user experience better.

Changes with the update start with a brand new home screen for the Amazon Alexa app as it's found on Echo and Fire TV devices as well as on other mobile devices. And that's centered around the things that users most often access. But it's not what just any app user accesses or might want to access. It's custom-geared for each individual user.

So that screen might show a recently- or currently-playing song-list. And it might also include frequently accessed shopping lists, an e-book from Amazon, upcoming alarms, or any number of features.

The home screen will be joined by four other tabs, located in easy thumbs-reach along the bottom of the UI. The Alexa icon and button for interacting with the AI assistant has now been moved to the top of the interface. Amazon says that's to make the UI easier to see. But it should also help to encourage hands-free use of the included features. That, in turn, would seem to align with other recent changes.

That puts all of the skills, routines, functionality, and more right at users' fingertips. In effect, it helps to eliminate the need to sort through a myriad of menus.

When will the Amazon Alexa update hit you?

Now, not everybody should get too excited about the incoming changes just yet. Amazon has given every implication that this will be a slow rollout. That, in turn, should help catch any bugs or other issues before they're widespread.

The redesigned app is rolling out right now for both iOS and Android devices as well as its own Android-based Fire tablets. But the changes will take up until late August to land for everybody. 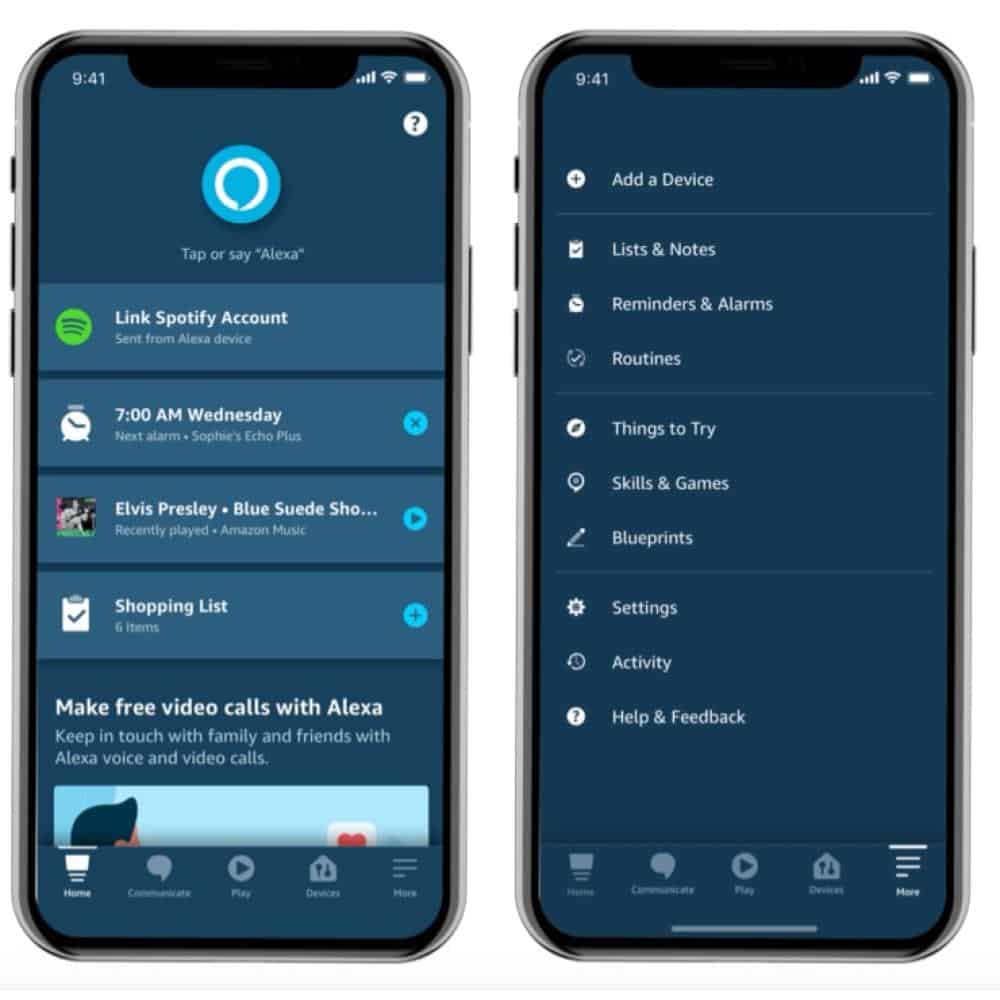