Call of Duty: Mobile has a ton of great features that are well-loved by fans of the series.

Even though it receives plenty of criticism for being a mobile game, the developers have actually done a really great job at creating something awesome. Yes, Call of Duty: Mobile is quite good. And the millions of players who've downloaded the game would seem to agree.

With that, here are 3 features that Call of Duty: Mobile should remove, and 5 that it should add.

3 features that Call of Duty: Mobile should remove from the game

Every active player probably has a vision of how they'd like the game to be. This could include taking some features or modes out of the game or just improving something enough that it's more refined.

But no game, no matter how good, is perfect. Call of Duty: Mobile included. So below are 3 things that could be removed from the game that would instantly make it better.

And there are loads of players out there that feel the same way. Routine postings on the official subreddit prove that.

Sure, the developers have to make money off of the game somehow. And there are ways for them to do that which don't come in the form of a system that is essentially gambling.

In fact crates as well as the lucky draws are probably two of the worst things about the game. Some of the best-looking items are placed in those systems and there is an obscenely low change of getting what you want.

Bundles have started to make their way into the game which give you a guarantee on what you're buying. However you'll never find any of the legendary weapon skins in them. Those are always reserved for lucky draws. Even the best non-legendary skins are placed in crates. Which only give you a small change at receiving them.

Call of Duty: Mobile would be better off without these. So long as there was something more beneficial and less predatory in their place.

If you log in with a different Facebook account then it will be a new character and not the one you may have already invested tons of time into.

While this isn't something many players are likely to run into often, it could be an issue if you end up having to create a new Facebook profile for any reason. Say for example, if your account is hacked and you no longer have access to it.

This is something that should be rectified. Currently though there is no way to unlink a Facebook account from any given character. Hopefully that changes in the future.

Global chat can be a great thing for players especially in a game that is intended to have social features. But with Call of Duty: Mobile it seems like more of a problem than a benefit most of the time.

The global chat is littered with racially charged and negative comments on a daily basis and it seems never ending. People just want to play games and it's harder to enjoy them when you have people in the global chat constantly bringing this negativity into the game.

An easy fix would be to remove the global chat entirely and only allow chat between clan mates, friends, and party members.

5 features that should be added to Call of Duty: Mobile

This is where we get into the good stuff. Because there's much more excitement that comes from potential features than talks of removing ones that are already in the game.

That being said, none of the features being discussed here are ones that have been rumored. These are merely suggestions of features that could elevate the game to another level.

A color customization system for characters

Call of Duty: Mobile gets some pretty cool looking characters. Geist Spectre is my current personal favorite and the one I've been using for months now. Even after acquiring a few more cool ones (it would look better in black and red though).

The only thing that could improve the look of this particular character is the ability to customize the color of the outfit. It wouldn't have to be super in-depth. But a few options for color customization, not too unlike the shader system in Destiny 2, could really make things a lot cooler looking.

Players love to customize. That much is evident by the love some of the best looking guns in the game get. If there's another thing players love when it comes to their characters, it's uniqueness. A color customization system would allow for more of that.

Love it or hate it, Zombies in Call of Duty: Mobile had some fun elements to it. That isn't to say that the mode couldn't have been improved. It certainly could have been.

Hopefully that's something the development team has on the table, even if it's something slated for down the road.

Zombies has been a fan-favorite of the Call of Duty community for years. So it was a treat to finally see it come to Call of Duty: Mobile. Alas, it didn't last long. It was around for a few months and then it was taken out of the game.

A battle royale that is more like Call of Duty Warzone

I've never personally been a fan of the battle royale mode in Call of Duty: Mobile. Call of Duty Warzone on the other hand is great.

Plunder match types in particular are fantastic and would be a delight to see in Call of Duty: Mobile.

Warzone overall is just a better execution of battle royale than what Call of Duty: Mobile offers to players. It would be nice to see what's in-game now overhauled to resemble Warzone more. 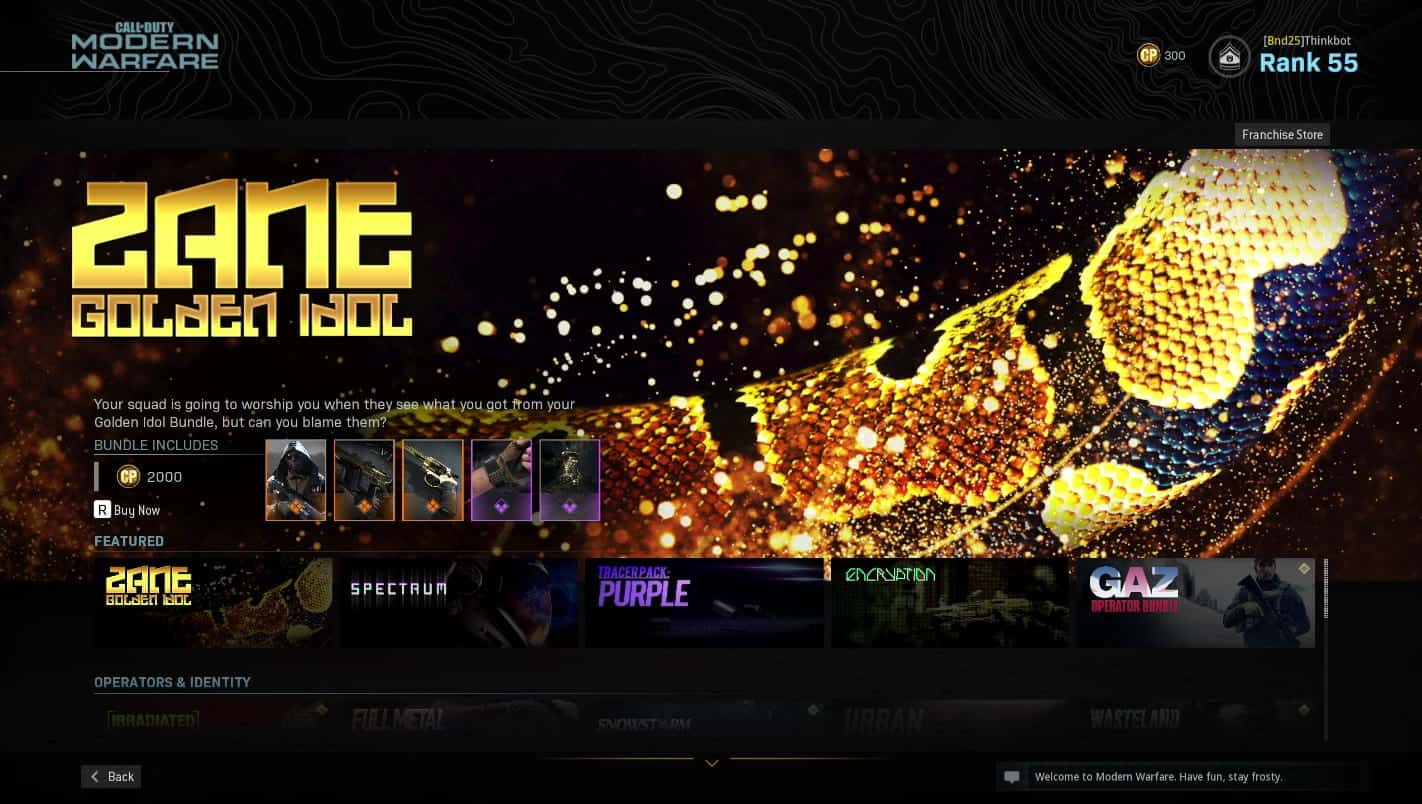 This one sort of riffs off the above issue with crates and lucky draws. But a bundle system that is more in line with what's offered in Call of Duty Modern Warfare and Warzone is what this game needs.

If you've never played either of those Call of Duty games on PC or console after they launched last year, then you're missing out.

The bundle system in that game is far ahead of what Activision and Tencent offer in Call of Duty: Mobile. Mainly because ALL the weapon skins are available in bundles you can purchase with a guarantee you will get what you want. Including the legendary ones.

You take one look at the bundles (which rotate in and out) and some of them have legendary skins, some of them don't. What you see is what you get for a one-time cost. Which means there's no gambling involved. It isn't a guessing game.

Players would probably be more inclined to spend their hard-earned money (and be happy about it) if they were given a guarantee on what they purchase. The system also uses CoD Points, which leads to the next and final point.

A shared CoD Points balance between Call of Duty: Mobile and Call of Duty Modern Warfare/Warzone

It doesn't make sense to me why it isn't possible to share CoD Points between these games.

I myself have spent my fair share on CoD Points for Warzone and Modern Warfare. But it would be nice to move some of that currency over to Call of Duty: Mobile if I ever wanted to.

Alternatively players could move it from Call of Duty: Mobile over to Modern Warfare and Warzone.

These are just a few things that could be done to improve what is already a really good game. But there are probably more features that could be added to Call of Duty: Mobile that would improve it. Like official support for more controllers such as the Kishi mobile controller from Razer.