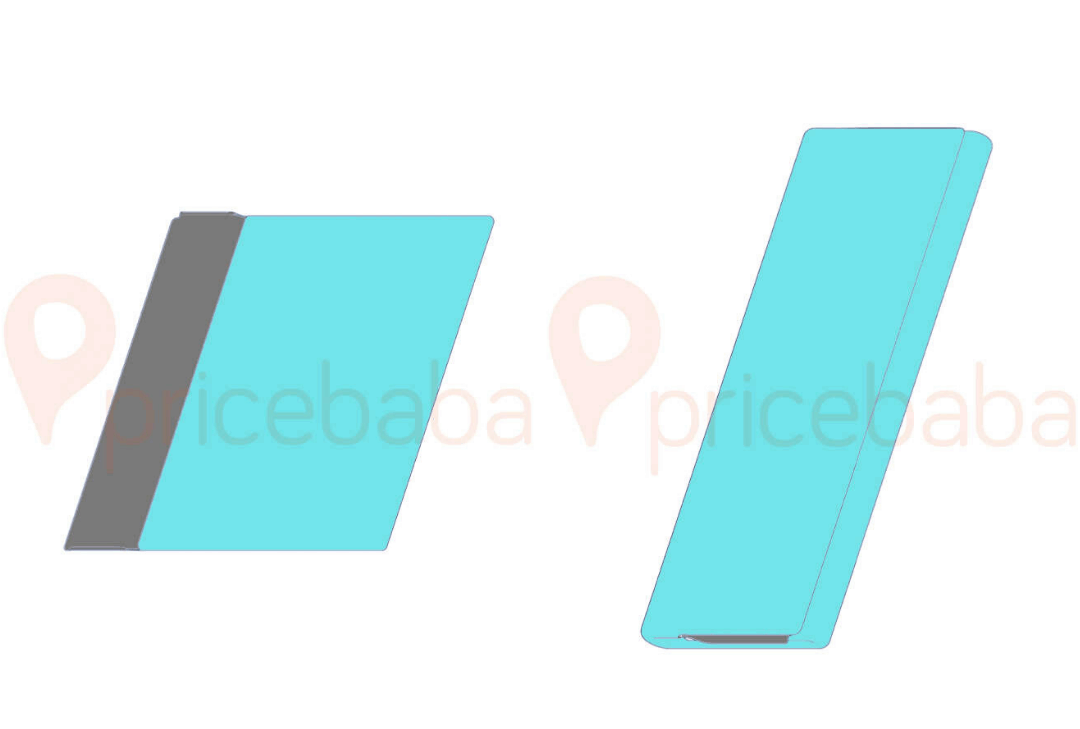 The renders from the China National Intellectual Property Administration (CNIPA) hints that the new ZTE foldable smartphone will come with a tri-fold display. When unfolded, this device looks very much the same as the TCL's triple folding phone concept smartphone revealed in March of this year.

However, both these devices use a completely different folding mechanism. Once the device is folded, the middle part of the display stays at the front. The sides of the foldable display will be folded over to the back of the device. As seen on the Huawei Mate X, this foldable smartphone also comes with a grip to hold on one side.

It should also be where we might find the cameras, CPU, and most other internals. Apart from a unique tri-fold mechanism, the patent filing does not reveal any other details about the new ZTE foldable smartphone. As seen earlier, these patents might not turn into an actual device.

Will this foldable smartphone launch outside of China?

Even if the company is able to pursue further, the final product might look completely different from the above render. As per the patent filing, the company is only looking to patent the folding mechanism but not the design. Hence, we couldn't find any information about the buttons or port placement. ZTE might also limit the availability of its upcoming smartphones mostly to the Chinese market.

Just like other Chinese manufacturers, ZTE is also completely exposing the foldable display on its devices. Since the foldable display comes with plastic protection, it is prone to damage even with everyday objects like keys and coins. We'll have to wait for this foldable technology to get even more mature before we see the foldable smartphones go mainstream.

ZTE is also one of the first smartphone brands to jump on the foldable smartphone bandwagon. The Axon M, launched exclusively on AT&T in the US, offered a folding mechanism using two separate displays. But the visible hinge between the two displays never offered a seamless experience.

While it sells smartphones outside of China, the company never got off the ground after the initial ban imposed by the US government in 2018. Earlier today, the company launched a new mid-range 5G smartphone called the Axon 11 SE 5G in China. It packs the new MediaTek Dimensity 800 chipset and supports dual-mode 5G.