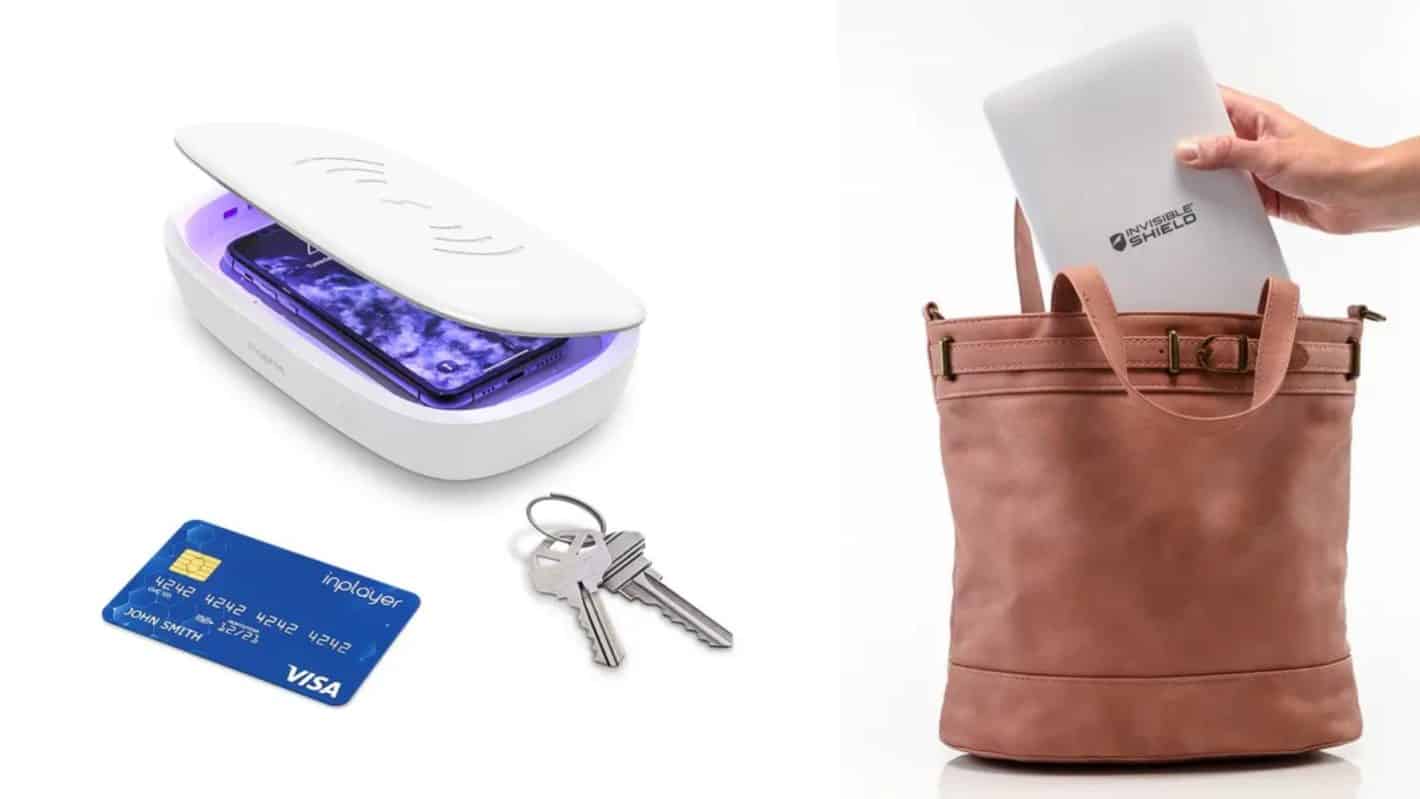 Utah-based ZAGG Brands has now announced feature-loaded affordable UV phone sanitizers under two of its brands — mophie and InvisibleShield. As might be expected, the two devices are exceedingly similar and serve a similar purpose. With a full cycle-time of 5-minutes, each sanitizes smartphones and other small objects using UV-C lighting. That kills around 99.99-percent of the most common surface bacteria, according to the company.

Neither device, subsequently, relies on cleaning chemicals or any liquids whatsoever. There are, in fact, quite a few similarities between the two, setting aside design differences and size. But that and an association with ZAGG doesn't mean these two devices are created equal.

So what's different between the mophie and InvisibleShield sanitizers?

The differences between these two UV sanitizers from mophie and InvisibleShield comes down to size, extra features, and cost. The InvisibleShield-branded gadget costs less by approximately $20. It's also slightly larger, although both devices are intended to be used at home or on-the-go. It measures in at 9.45 x 5.75 x 1.57-inches. It also weighs slightly more at around 0.82lbs.

By comparison to the InvisibleShield gadget, the mophie-branded UV phone sanitizer is 8.05 x 4.97 x 1.69-inches and weighs 0.77lbs.

Both are listed as charging phones at up to 6.9-inches in length and each includes a MicroUSB to USB-C cable. Each is also capable of charging items well beyond a smartphone. Effectively, as long as it fits, it can be sanitized in right around 5-minutes.

But the final key difference is a big one. And that's found directly in the branding — the InvisibleShield UV Sanitizer and the mophie UV sanitizer with wireless charging. As is implied by the latter branding, the mophie UV sanitizer packs a Qi-standards wireless charging feature. That's built directly into the lid and will charge smartphones at up to a respectable 10W.

That means users can sanitize their smartphone and then charge it up while they're sanitizing other small objects such as a key or debit cards. Or other technology such as wireless earbuds.

Both devices are engineered to be whisper-quiet thanks to a fanless design.

Both of the new UV sanitizers are available to buy now but while the InvisibleShield shows as "in stock" on ZAGG's website, the mophie sanitizer does not. ZAGG lists the item as "Currently Out of Stock" alongside a sign-up to be notified when it's ready to purchase again.

The design of either device is similar. Both are square-shaped boxes that open up to reveal UV-C lightbulbs for sanitization. Both ships in a single color, white, with associated logos and branding stamped cleanly to the shell. But the mophie box is arguably the sleeker of the two. Aside from offering lid-based wireless charging, it's slightly more rounded. The InvisibileShield UV Sanitizer is more blocky.

The pricing, going along with the features list, is also similar. But users can expect to pay more for the wireless charging once the mophie variant is back in stock. That gadget, like some others on the market, will run users approximately $79.99. Although, users are definitely getting a bit more for their buck here thanks to wireless charging.

The InvisibleShield gadget, conversely, costs just $59.99. The latter device is presently listed in stock and with free shipping. Presumably, when the mophie UV sanitizer with wireless charging goes back on sale, it will ship for free as well.

Advertisement
Buy mophie UV sanitizer with wireless charging - $79.99 Buy InvisibleShield UV sanitizer - $59.99
Advertisement
Trusted By Millions
Independent, Expert Android News You Can Trust, Since 2010
Publishing More Android Than Anyone Else
17
Today
174
This Week
94
This Month
4082
This Year
105559
All Time
Advertisement