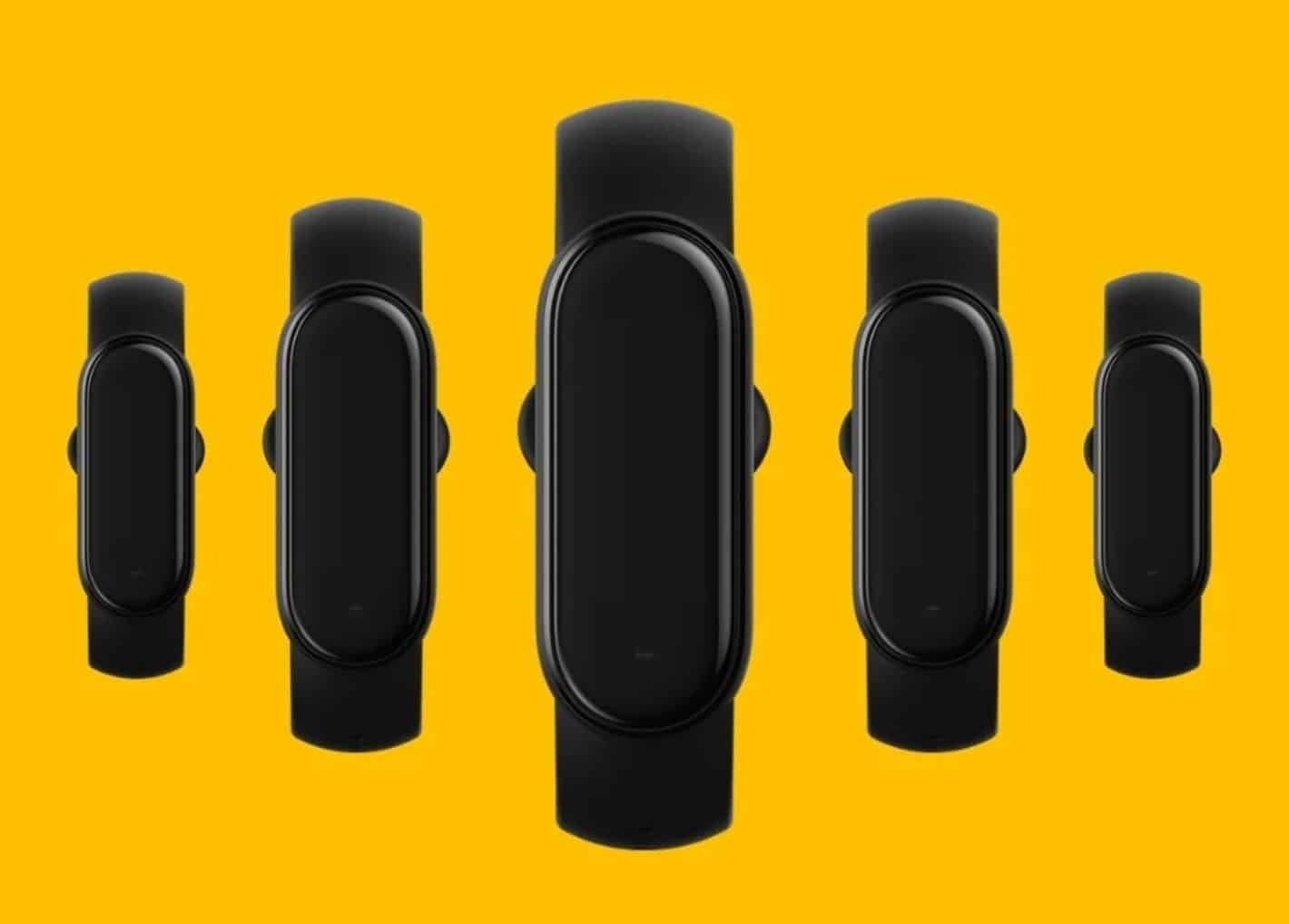 The Xiaomi Mi Band 5 fitness tracker has just surfaced online. A teaser image for the device has appeared on Weibo, showing us its design. You will see five renders of the device in the provided image above.

Based on this, the Xiaomi Mi Band 5 will retain the general design of its predecessors. That is also something that the previously-leaked real-life images suggested.

The device will once again be made out of plastic, and it will ship with a silicone band. Its display will be flat, but the protection on top of it will be curved, it seems.

This image shows us the black variant of the Xiaomi Mi Band 5 fitness tracker. There seems to be some sort of protrusions on the back of it, though, and that is something we did not see in real-life images.

That is a bit odd, but there you have it. The Xiaomi Mi Band 5 will also ship with a new charging dock. That dock has been shown in real-life images. It will still be made out of plastic, and take advantage of pogo pins, though.

The Mi Band 5 will become official on June 11. Xiaomi announced that quite recently. The device will first launch in China while its global release will follow soon after, most probably.

Alexa support will be included outside of China

The Xiaomi Mi Band 5 is expected to bring various improvements over its predecessor. It will support Alexa, for one. So you will be able to control your Alexa-powered devices using this fitness band.

That support will be available outside of China only, it seems. In China, the device will ship with Xiaomi's very own XiaoAI smart assistant. That assistant was included on the Mi Band 4 as well, though only in China.

The device will feature a 1.2-inch display, if rumors are to be believed. That means its display will be slightly larger than the one on the Mi Band 4.

The device will also include an Sp02 sensor for Blood Oxygen monitoring. A heart rate sensor will be included on its back, and the device will be water and dust resistant.

You will be able to control your music via the band, and also see notifications by using it. Those features were available in the previous model as well. An NFC variant of the Mi Band 5 will almost certainly be available as well. The device is rumored to cost around CNY180 ($26) in China. So it will probably be a bit more expensive outside of Xiaomi's homeland.