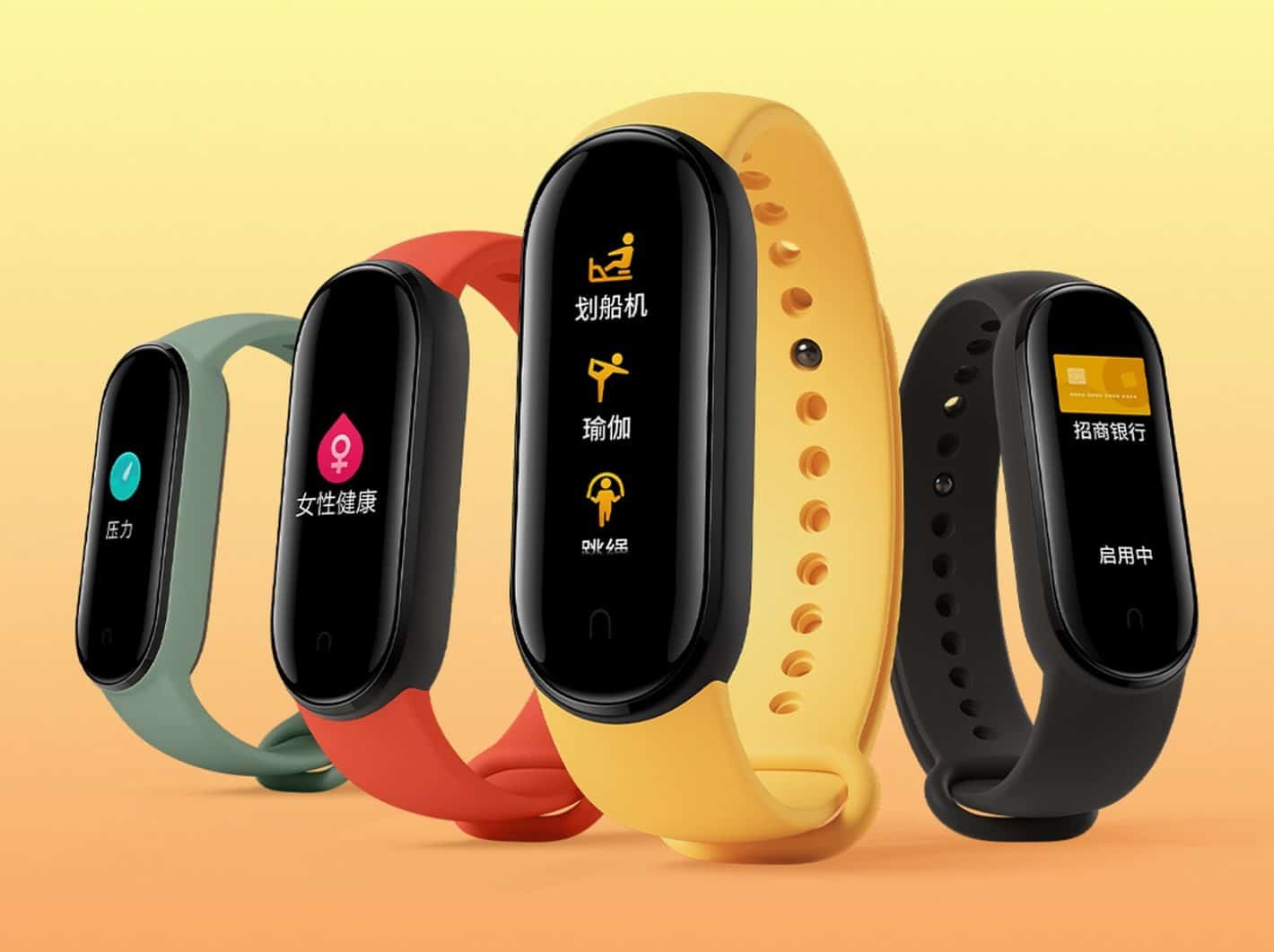 The Xiaomi Mi Band 5 design and color options surfaced in a new poster. If you take a look at the image above, you’ll see the image in question. As you can see, there are four different variants of the company’s fitness tracker here.

All of them include a black-colored tracker, with a silicone band in a different color. You can see dark green, red, yellow, and black variants here.

Every single option, except the dark green one, is combined with a black color. The dark green band is covered in that color completely, it seems.

You can also see that the display is powered on here. This image proves that the Mi Band 5 will have a color display, just like its predecessor. It also seems to be an OLED panel, as expected.

This poster also shows off some of the functionality that the Mi Band 5 will bring to the table. You can see the period tracking functionality, and also the ‘wallet’ functionality. 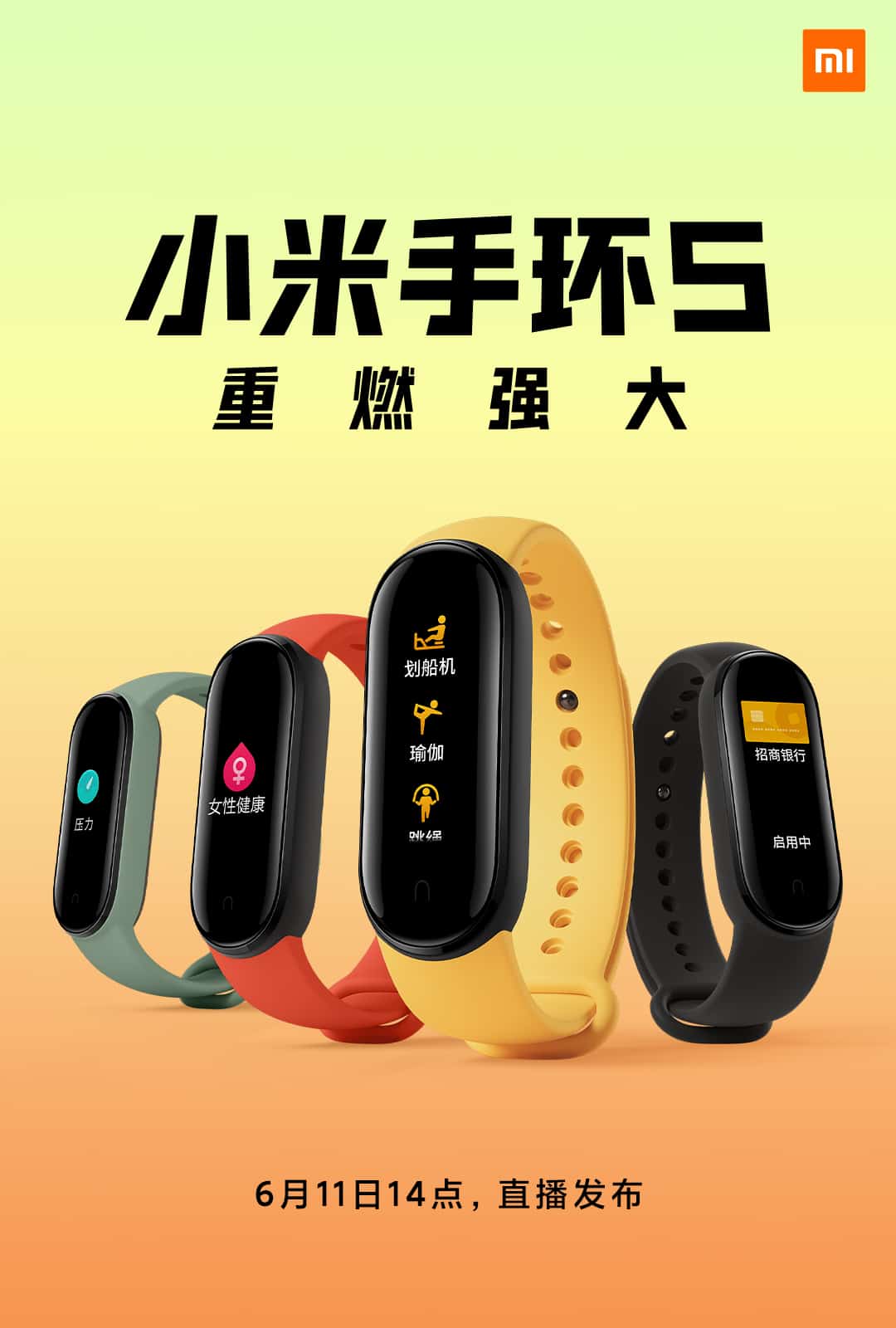 An NFC variant of this fitness tracker will arrive to China, though we’re hoping it will land in other markets as well. The Mi Band 4 with NFC support landed in Russia quite recently, it was not available outside of China from the get-go.

The Xiaomi Mi Band 5 will come with SpO2 tracking, PAI, and Alexa integration. All of those are completely new functions for the company’s fitness tracker, as the Mi Band 4 did not offer them.

The SpO2 tracking will surely come in handy for a number of people. PAI was included in some Amazfit products, and it’s finally making its way to the Mi Band series.

Many of you probably have an Alexa device laying around. Well, thanks to Alexa integration, you will finally be able to control such devices using the Mi Band 5.

The device will also ship with a magnetic charger

That’s not all, though. It seems like the Mi Band 5 will arrive with a completely new charger. A recent leak suggested that the charger will be similar to the one from the Mi Band 4, but it won’t.

If you take a look at the GIF provided below, you’ll see a new magnetic charger that will come with the Mi Band 5. This is a much better choice than the previous one, which required you to take out the Mi Band capsule from the band, and then slide it into the charger.

The Xiaomi Mi Band 5 will probably be just as affordable as its predecessors. The device will launch on June 11 in China, while the global launch will follow soon after.