Xiaomi has been granted a new design patent (picked up by Letsgodigital and TechiesBlog) for a foldable smartphone, and this device is similar to the Huawei Mate X and Xs. Those two phones look almost identical, by the way.

This smartphone folds outwards, so, when folded, its display covers most of the front and back sides of the device. That brings up various questions about durability, and scratching up the display, but there you go.

This display does not exactly fold right down the middle, though. Almost, but not quite. When folded, the smaller part of it sits right next to the phone’s rear-facing cameras. So, those cameras serve as both front and rear-facing ones.

That is a similar approach to what Huawei had with the Mate X and Xs. Its cameras are also placed next to the part of the display that gets folded, and they’re also vertically-aligned.

When unfolded, this phone gives you a really good place to grip it, below its cameras. That protrusion seems to be made for gripping the phone properly.

The power / lock and volume up / down buttons are included on the right side. The speaker grille sits on the bottom of the device, though one may be located at the top as well, we can’t really see considering the angles of these sketches.

The phone’s bezels are almost non-existent, and these sketches do give us a good look at the phone’s hinge as well. Do note that a button needs to be pressed in order to fold this phone.

That button seems to be placed below the phone’s cameras and all additional sensors located on that part of the device.

This patent, for those of you who are wondering, surfaced over at CNIPA (China National Intellectual Property Administration), and it’s brand new.

Xiaomi still hasn’t announced a foldable smartphone, but that may happen in the near future

Huawei had introduced two foldable smartphones thus far, the Mate X and Mate Xs. Xiaomi, on the other hand, did not introduce a single one just yet. It did demo its foldable phone last year, though.

That was just a concept, pretty much, as it did not even have cameras built into it. Xiaomi was expected to announce its foldable device this year, but considering the global health crisis, it remains to be seen if that will happen.

We do know that the company has been working on a foldable phone for a long time now. Will a foldable smartphone from Xiaomi resemble the Huawei Mate X / Xs? Well, it’s possible, if Xiaomi ends up utilizing this patent. 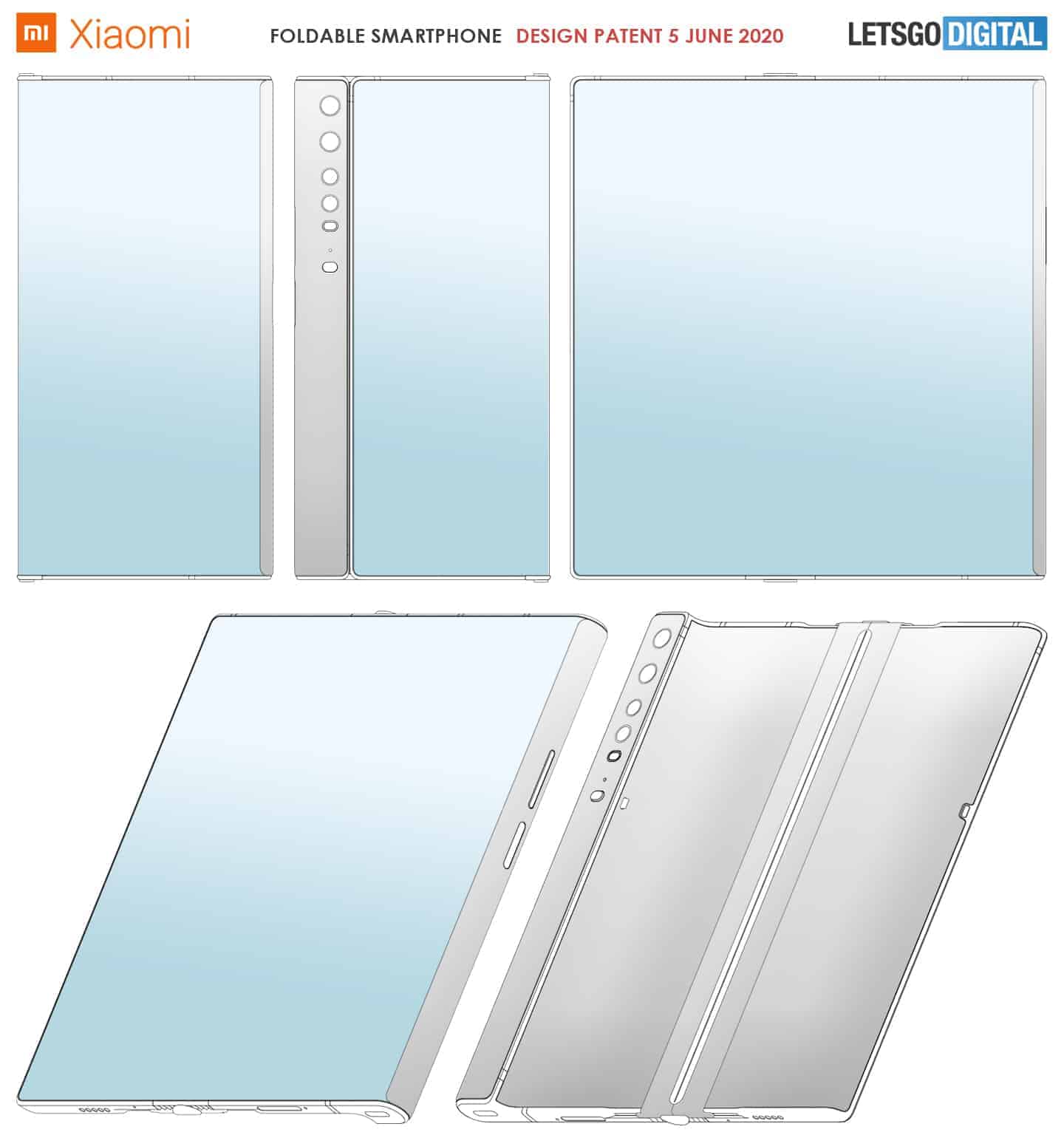