Vivo has just announced three new smartphones, as part of its X50 series. All of those smartphones are camera-oriented, by the way. In addition to those, the company also announced new TWS earbuds which have been rumored lately.

The devices Vivo announced today are the Vivo X50, X50 Pro, and X50 Pro+. The company claims that these devices will “revolutionize the mobile photography experience”.

The main camera of the X50 Pro is equipped with an industry-leading Gimbal Camera System, claims Vivo. That system has been modeled after a full-size professional gimbal.

Its built-in gimbal module moves in the opposite direction of shaking motions, and that provides increased stability for the main camera. The system also widens the rotation angle and anti-shake area compared to other stabilization methods, says Vivo.

The ‘Gimbal Radar’, which is an on-screen animated ball that reflects the gimbal movement, will allow you to know when the frame is stable. Vivo also included its own motion-deblur algorithm here, and the same goes for customized sensors, and continuous focus tracking to enhance the image and video clarity.

A periscope lens is included on every device in the series

The Vivo X50 Pro and X50 Pro+ include a periscope lens that supports 60x Hyper Zoom. The main camera on the Vivo X50 Pro+ features a 1/1.3-inch ISOCELL GN1 sensor, by the way.

The Vivo X50 smartphones also feature Super Night Mode, and Astro Mode. Vivo claims this will enable you to take stunning pictures of both city and country scenes at night. 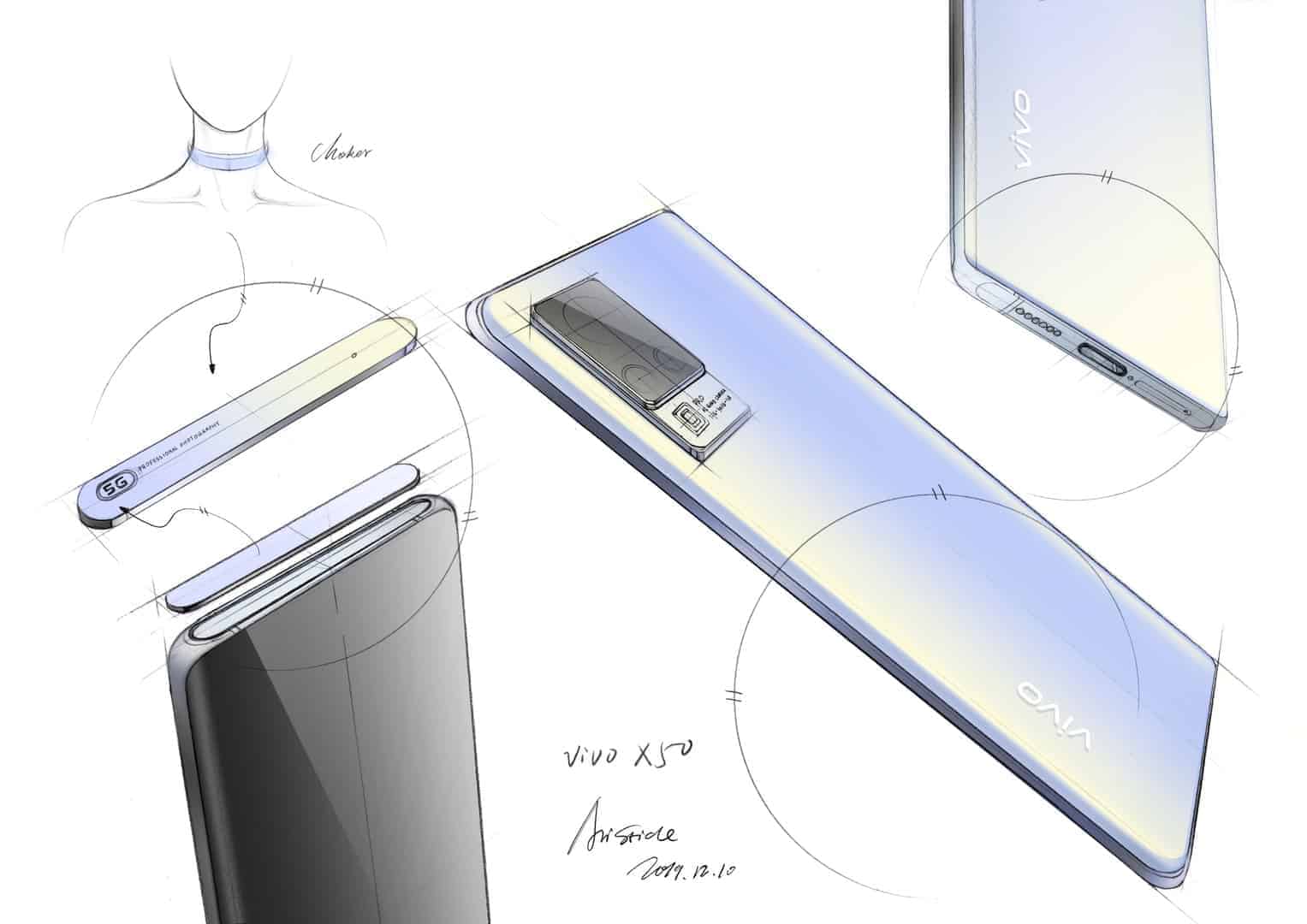 The Super Wide-Angle and Super Macro functions are also included in the devices. Vivo’s Portrait Mode is also a part of the package. It is powered by a 4-layer masking algorithm, that allows you to separate the subject from the background.

All three X50 smartphones support 5G connectivity. Vivo confirmed that the X50+ is fueled by the Snapdragon 865, and comes with the Snapdragon X55 modem. We’re not sure about the other two phones.

These phones include 90Hz / 120Hz displays

The company claims that the X50 is the slimmest 5G smartphone, as it measures only 7.49mm. HDR10+ is enabled on the X50 series, by the way. That is all the information that Vivo shared about these phones, up until this point. We don’t have detailed spec sheets at this point. The Vivo TWS Earphone Neo earbuds have also been announced

Vivo has also announced the TWS Earphone Neo earphones. These are the company’s rumored earphones that the OnePlus Buds will be modeled after. They may look exactly like these earphones, in fact. 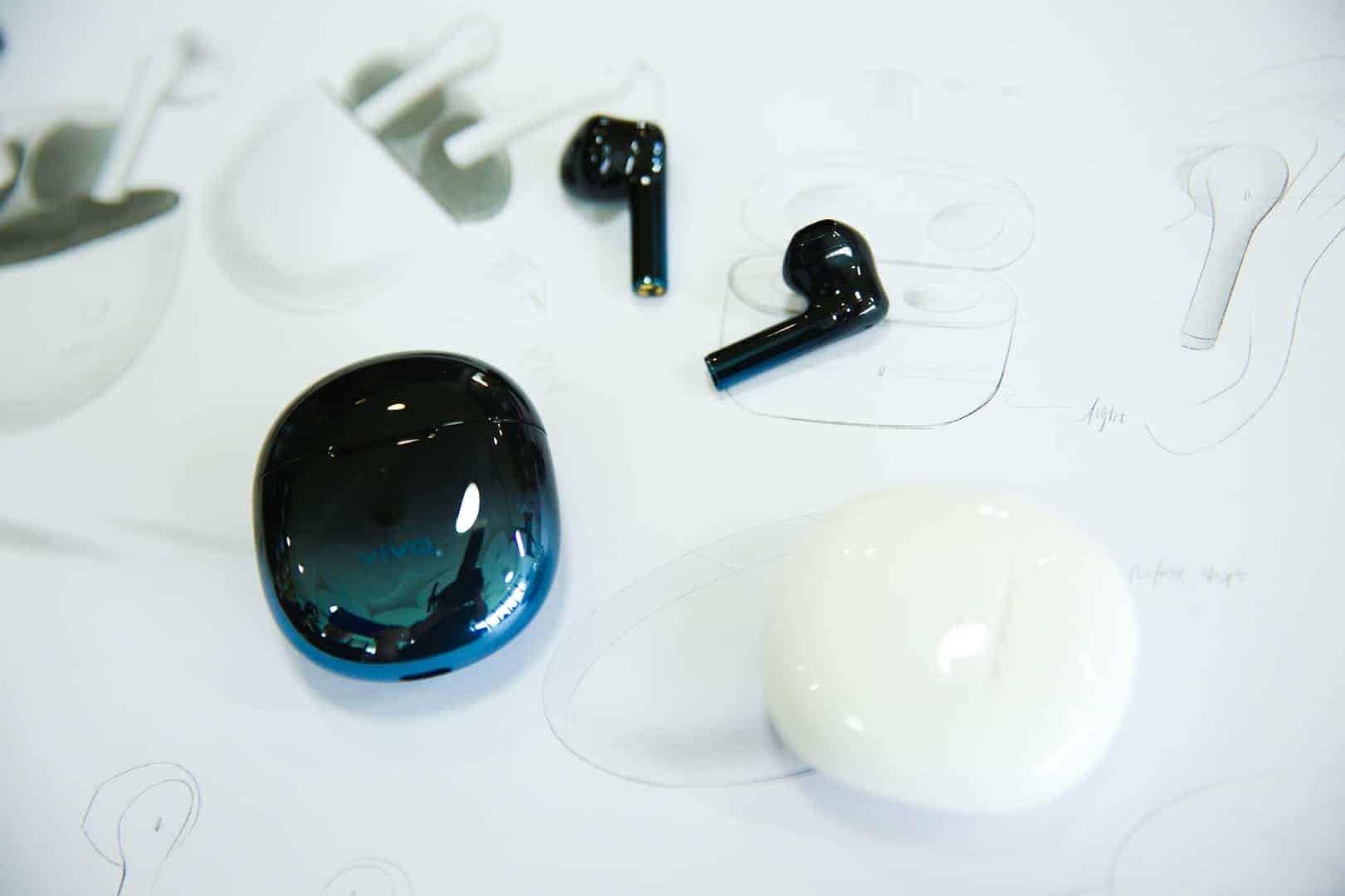 They offer low latency, high precision, and a stable listening experience, says Vivo. Bluetooth 5.2 tech is also included, and they offer a maximum range of 10m.

We still do not have any information on the pricing of the Vivo X50 series, nor Vivo’s new TWS earphones. The company will hopefully release more information soon.