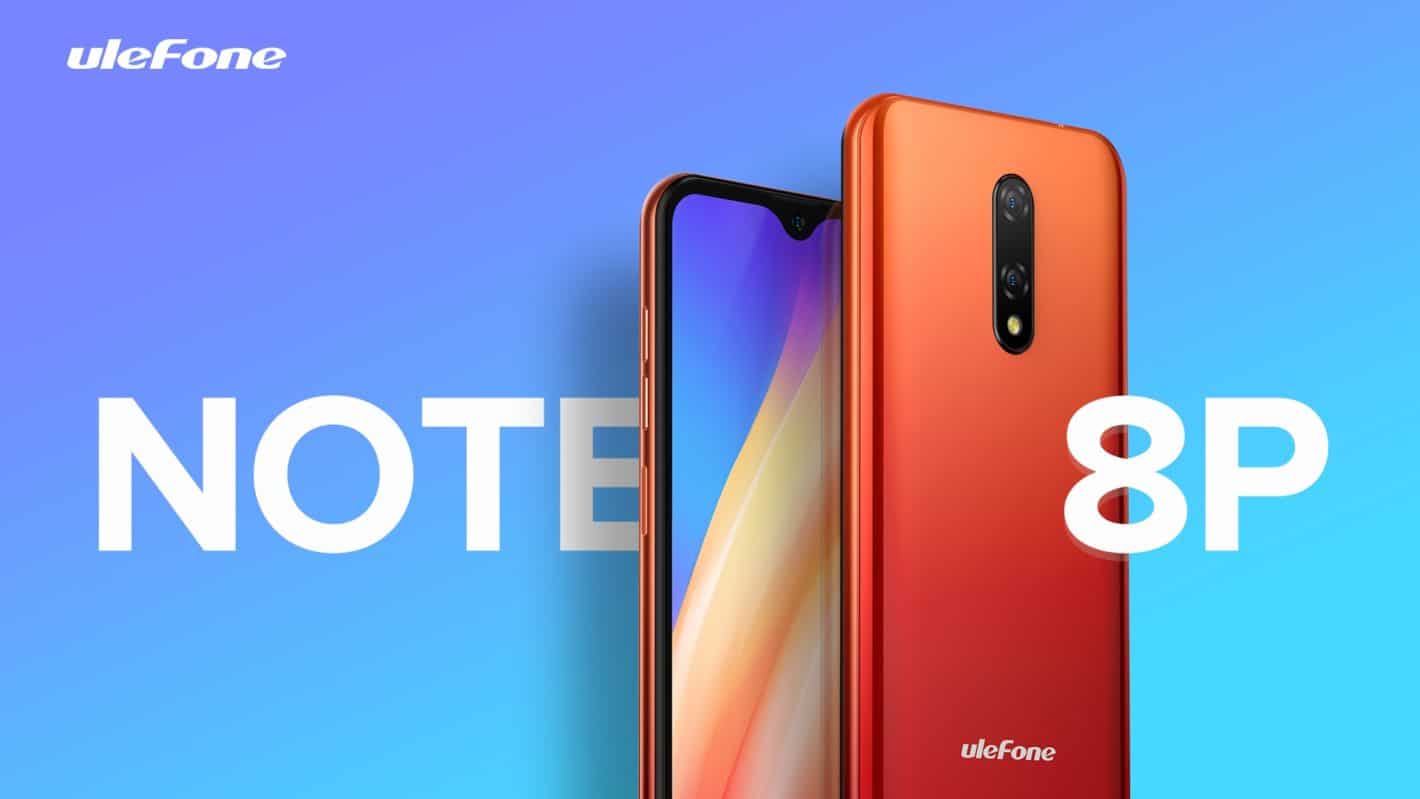 Ulefone has just announced a new budget smartphone, the Note 8P. This budget handset supports 4G connectivity, and it's extremely affordable, it costs well under $100. More on that later.

The Ulefone Note 8P is made out of polycarbonate. The device sports two vertically-aligned cameras on the back, and they're centered. An LED light sits right below those cameras, as part of the same camera module.

The power / lock, volume up, and volume down buttons are on the same side. Interestingly enough, they are on the left side of the device. Ulefone's logo sits on the back of this phone, and the phone's back is curved towards the sides.

The Ulefone Note 8P does include an audio jack, and a waterdrop display notch

A 3.5mm headphone jack is placed at the top of this phone. A waterdrop display notch is also included, and the phone's display is flat.

The device is also equipped with 16GB of internal storage, which you can expand up to 128GB via a microSD card. A 2,700mAh battery is also included in this package, and it supports 5W charging.

The device does come with two SIM card slots, and you can use them both at the same time for 4G connectivity. The phone supports LTE-FDD: B1/3/7/8/20 4G bands.

Android 10 comes pre-installed on the device, but the Go Edition of Google's OS. This software is made for budget smartphones, and it should work well on the device.

It is also worth noting that the device includes a rear-facing speaker. A microUSB port is placed at the bottom of the device, not a Type-C USB port.

Inside the retail box, you will get both a screen protector, and a case for the phone. On top of that, a SIM adapter is included, along with a charging brick and a USB cable. This smartphone is now priced at only $79.99, and if you're interested, click the link down below. Ulefone also notes that the company is preparing a huge sales starting on June 15, and that the Note 8P will be included.