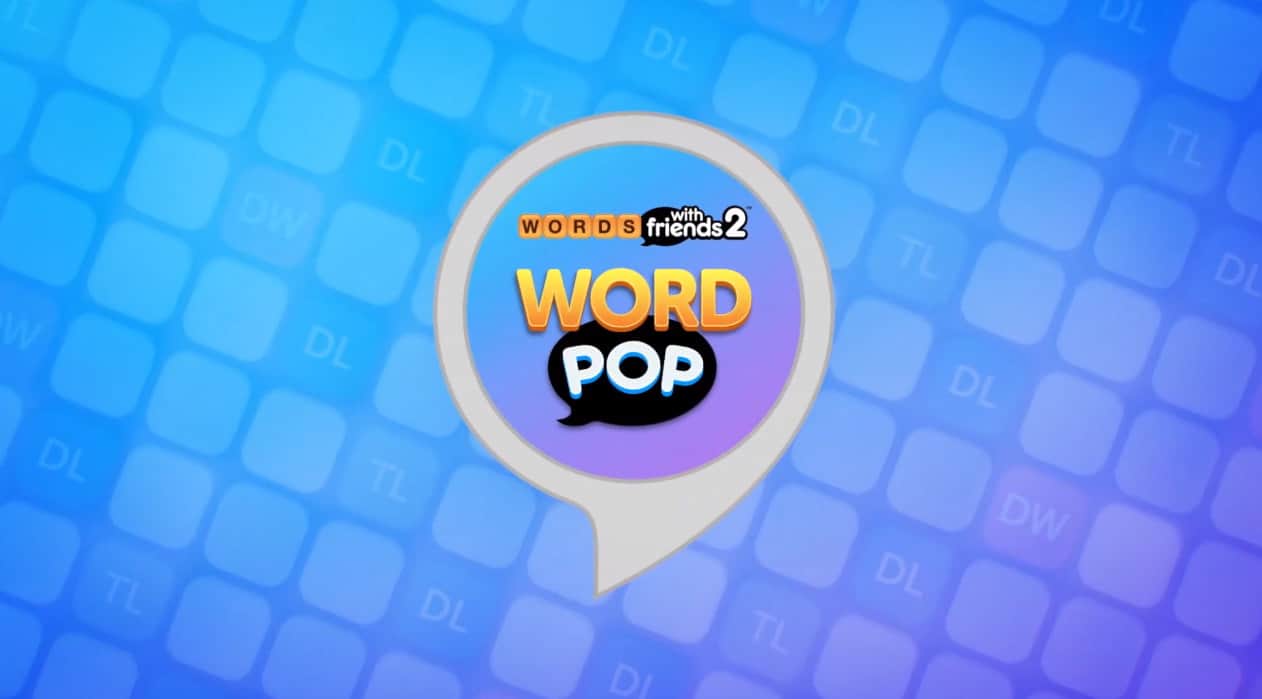 Zynga has gone and partnered up with Amazon to create an Alexa-exclusive Words With Friends game.

Everything is voice activated to give the whole nature of the game a fresh and unique feel. The game is called Word Pop, and it's available starting today as long as you have an Alexa device to use it on.

Words With Friends for the Alexa age

Word Pop may not have a touch interface but it does have a visual interface. If you play it on the Echo Show that is. Which is one of the devices that's compatible.

If you don't have an Echo Show, you can still play Word Pop on devices like the Echo or Echo Dot. And probably any other Alexa-enabled speaker. You might not be able to see your letters or the game board interface, but not to worry. Alexa will read out your letters to you.

You then pick out the letters you want to spell out a word and Alexa will tally up your points each turn.

Spell out as many words as you can

In Word Pop you will essentially play against the clock. You will have a series of one-minute sessions where you will need to spell out as many words as you can in each session.

You will have a six letter block to work with, so you may end up having to get a little crafty if you want to raise your score.

Score is based on two things – The length of the word chosen and the number of words in that particular session. So just because you may not have gotten as many words in one session as another, you could technically still score a lot of points if your words are longer.

Word Pop is of course free if you already have an Alexa device. Keep in mind though that this is a single player experience by the looks of it. It's not going to be like playing Words With Friends 2 on your smartphone or tablet, which is more akin to scrabble.

You will have no bonuses or boosts to apply like in that game either. It is however a little easier to play as the only thing you need to think about is words. Not whether you're placing down that boost at the best possible time or not.

If you're eager to give this a try, start by saying "Alexa, play Word Pop" and the game will begin.