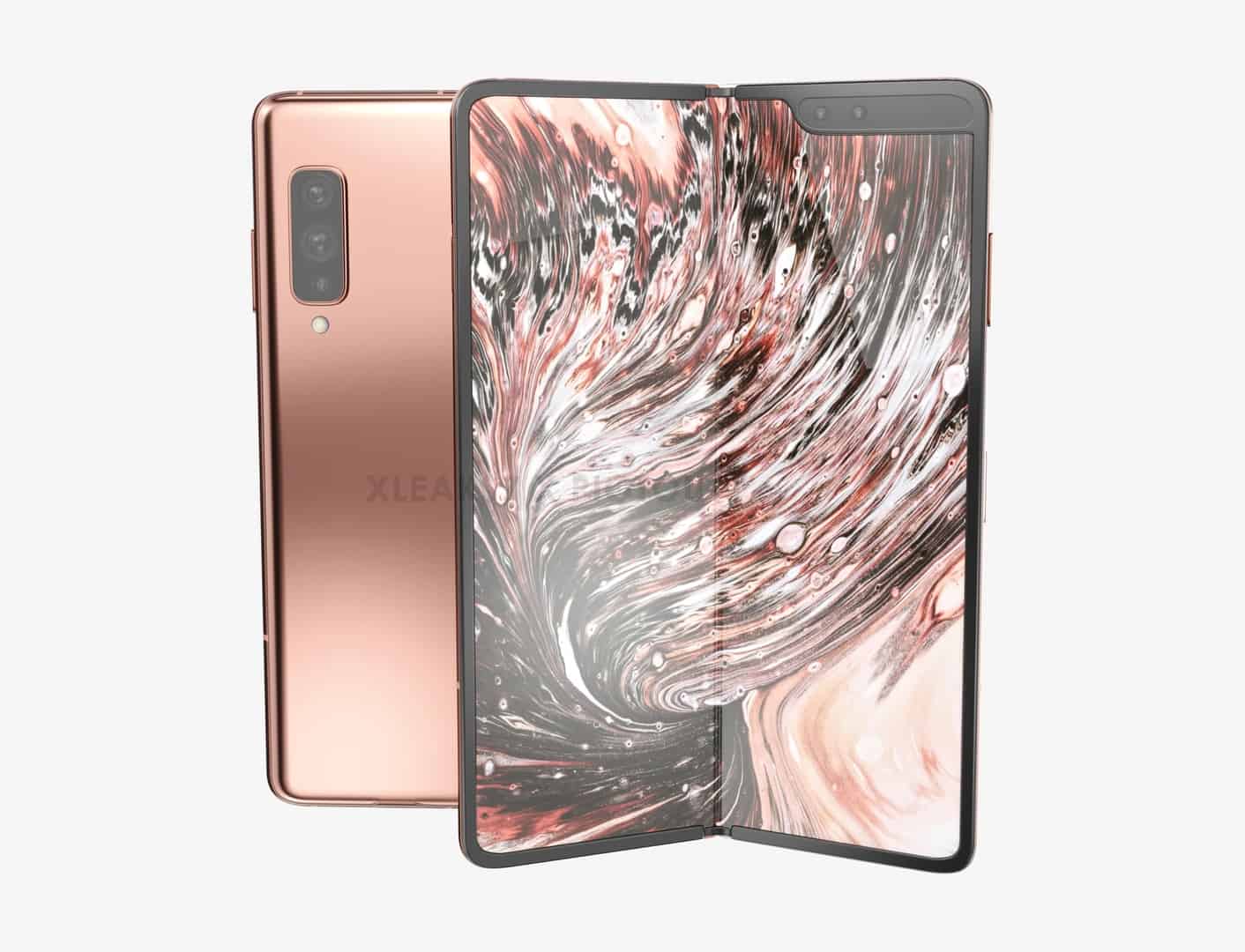 This is probably not the upcoming Galaxy Fold 2

Whatever the case may be, we cannot believe this is the Galaxy Fold 2. If it had a proper display on the outside, then it would be more plausible. This phone has a really narrow, vertical display on the front.

Samsung is rumored, from reputable sources, to use a large display on the front of the device. That display will be larger than the one on the original Galaxy Fold, so… this is almost certainly not it.

This phone is made out of metal and glass, and it has three camera sensors on the back. One of them is a periscope camera, even. The general build is similar to that of the Galaxy Fold, even the hinge seems to be similar.

There is a slight chance this is the budget foldable smartphone that has been rumored. Aside from the Galaxy Fold 2, Samsung is also rumored to release a 'Lite' foldable handset at some point.

Including such a small display on the front would certainly allow Samsung to cut some corners. On the flip side, that periscope camera on the back probably won't make it to the 'Lite' version, so… that doesn't make much sense either.

The inner display comes with a large notch

This phone's inner display is quite similar to the one on the original Galaxy Fold. Instead of a display camera hole, which is rumored for the Galaxy Fold 2, this one has a large notch.

That notch is placed in the same place as on the Galaxy Fold, in the top-right corner. There seem to be two cameras included inside that notch, for selfies.

The bezels on that inner display are quite thin, that' hard to deny. The phone opens like a book, the same as the original Galaxy Fold. It is also worth noting that the phone seems to have a side-facing fingerprint scanner

This device's rear camera module does protrude a bit, while an LED flash sits right below it. The back side of this phone is curved towards the edges.