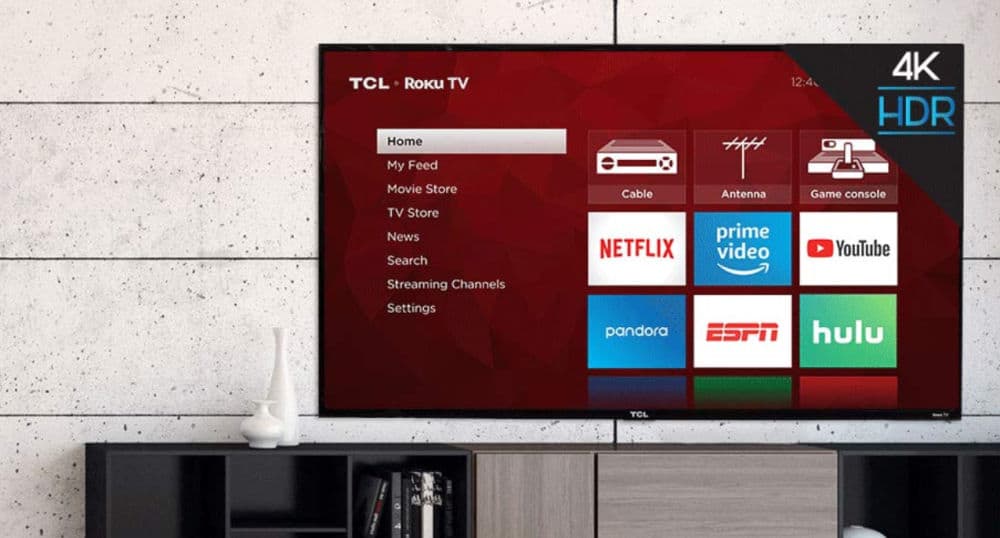 TCL has made some really great Roku TVs in the past, and even though this is not their highest end model, it's still a really sweet option for those looking for a big TV, at a low price.

This TV is a 4K HDR TV, but it does not support Dolby Vision. At this price, that is not a surprise, given that Dolby Vision is mostly on the more expensive 4K TVs. And for most people, that probably isn't a dealbreaker. It does support HLG and HDR10 for HDR specs. Which is also nice to see.

TCL has included three HDMI ports on the back of this TV, so you can plug in whatever peripherals you want. Whether that's a PlayStation 4 (or soon, PlayStation 5), or even an Android TV. Though you probably don't need an Android TV.

That's because this TV has Roku built-in, which is actually better. So Roku is better in a few ways. It's better optimized for lower-end hardware – Android TV pretty much sucks on anything that's not a SHIELD TV. But it also has more apps available. This includes Netflix, Hulu, Amazon Prime Video, YouTube, Google Play Movies & TV, and much more. HBO MAX is not yet available (though we expect that to change soon), but you can Cast it to the TV.

Speaking of Cast, yes Google Cast is available on Roku. Which is really nice. In addition, there is also Google Assistant and Amazon Alexa available too.

You can pick up this 50-inch TCL 5 Series 4K Roku TV from Amazon today for just $269 by clicking here.