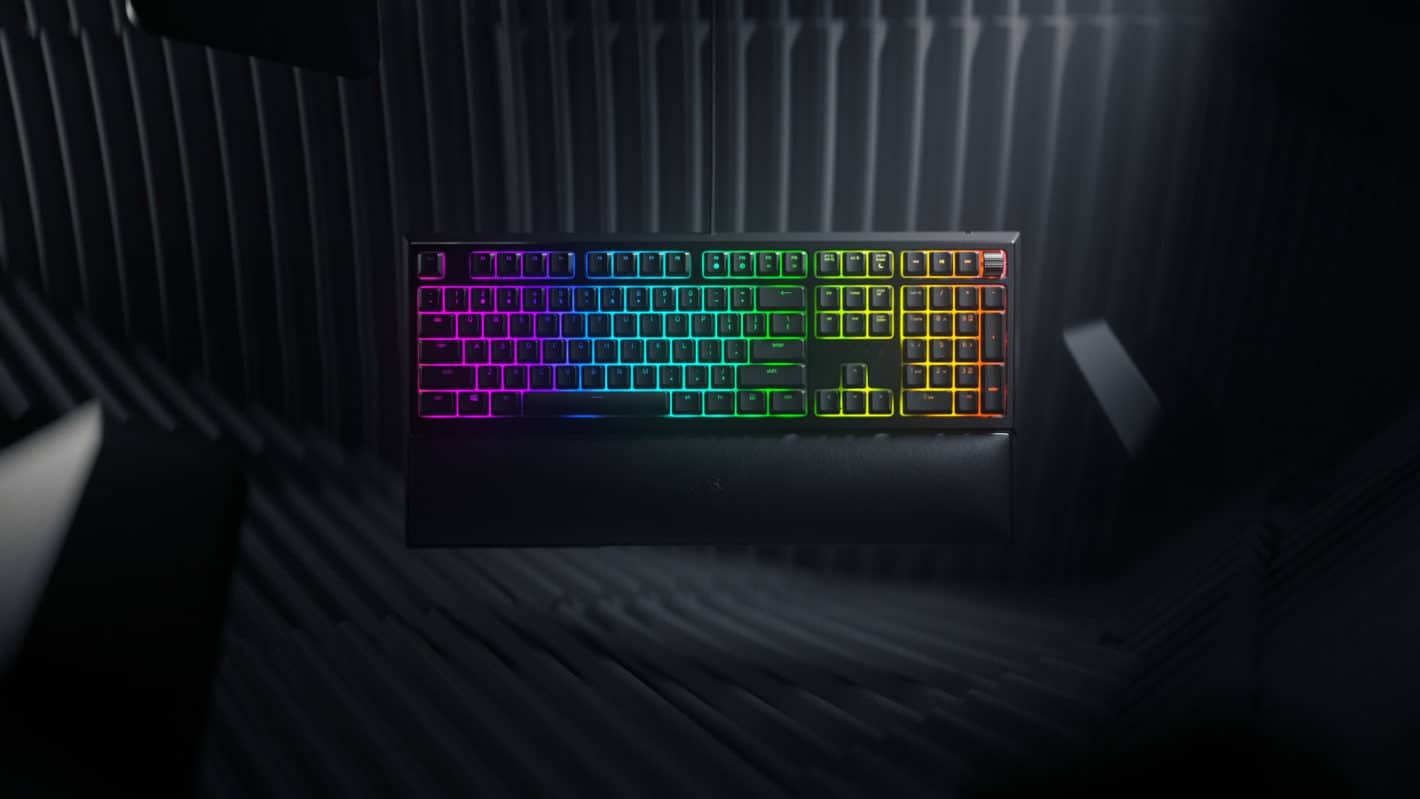 The keyboard is available for $99 and is being sold through Best Buy and Razer's own website. Eventually you may find it on Amazon and other online retailers, as well as in physical stores. For now though it seems limited to these two places.

Compared to the previous version, the Razer Ornata V2 is pretty similar but definitely introduces some nifty improvements. Ones that gamers will likely appreciate as long as they like music and are often playing media.

There's no mistaking that the hybrid mecha-membrane switches are a spearhead of Razer's new keyboard when it comes to features.

But they were also available on the original Ornata. What's new though is the onboard media controls. Making it easier to adjust the volume in your games, or even your music.

These media keys are also sitting right next to the new multi-functional digital wheel. While you can use this to turn the volume up or down, it'll also work for adjusting the brightness of the RGB and other stuff.

You will of course have to configure this through the Synapse 3 software. As the multi-functional uses aren't built directly into the keyboard without Razer's peripheral software.

The other media keys allow you to pause, play, and skip tracks when listening or watching media.

Aside from the hybrid switches making a return and the new media keys, the leatherette wrist rest is coming back for a second round.

If you play games for longer periods of time or you even work from home, your wrists will probably thank you for this feature later. Not only does it give your wrists something other than a hard desk edge to sit on, it elevates them so your typing is more ergonomic.

Which in the end is going to make typing and using the keyboard for longer periods of time a whole lot more comfortable. It's also magnetic and detachable so you don't always have to use it.

Other great features include the cable routing on the underside so you can keep your setup as clean as possible. Naturally it also comes with Razer's incredibly versatile Chroma lighting. The keyboard is already available for purchase and depending on where you buy it you may get it relatively quickly.