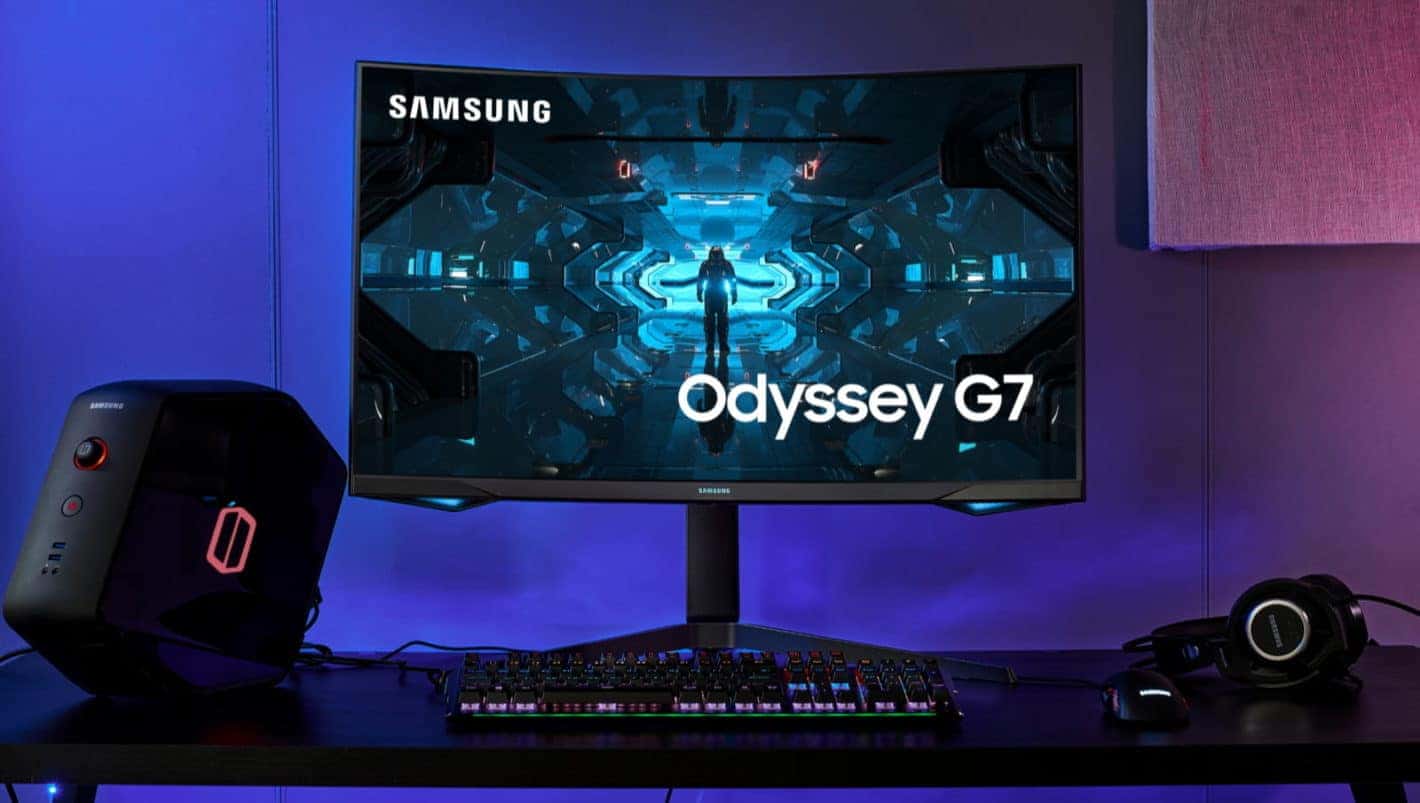 Earlier this year Samsung announced its Odyssey gaming monitor lineup, and the first of that is now launching globally today.

The Samsung Odyssey G7 gaming monitor is the world's first gaming monitor to come with a 1000R curvature according to Samsung. And it comes in both 27-inch and 32-inch sizes. There's also the 49-inch Odyssey G9, though that doesn't seem to have a release window just yet.

Aside from having a very sleek and stylish design, the Odyssey line of monitors boasts a long list of desirable features for gamers. Not the least of which is the 240Hz refresh rate for lightning fast frame rates. Frames win games as they say, and the G7 is equipped to deliver on that front.

You can buy the Samsung Odyssey G7 gaming monitor this month

Samsung doesn't seem to have listed prices yet for the Odyssey lineup. However, you will be able to buy the monitors this month. The G7 models at least.

Samsung has confirmed that the G7 will be available globally for purchase in June. And it's now June 1, so all that's left to do is wait. No doubt both the new Odyssey G7 monitors will be pricey. Samsung is of course known for the high cost of its most premium products.

And the Odyssey monitors definitely fall into its premium category. For all that these monitors offer too, a high price tag was probably never a surprise for most consumers. Especially when you compare the prices of other top-end Samsung display products.

Having a monitor with a 240Hz refresh rate is probably a dream come true for many gamers. Provided they have enough power in their PC to support this fast of a frame rate.

These monitors don't just come with fast refresh rates though. They also have wicked fast response times of 1ms. Meaning you can make all the snappy movements you want and the screen will easily recognize all or most of them.

The G7 monitors aren't 4K UHD. But they are Wide Quad-HD with a resolution of 2,560 x 1,440. And that no doubt helps with the refresh rate and response time. More to the point it won't require as much power from your PC hardware to reach those higher levels of frame rate and response.

Which ultimately makes these more viable for a larger set of PC gamers. The Samsung Odyssey G7 only comes in matte black, is compatible with NVIDIA G-Sync, and has a big, bright LED ring on the back that can sit in a static color or change colors based on the preferences of the gamer.