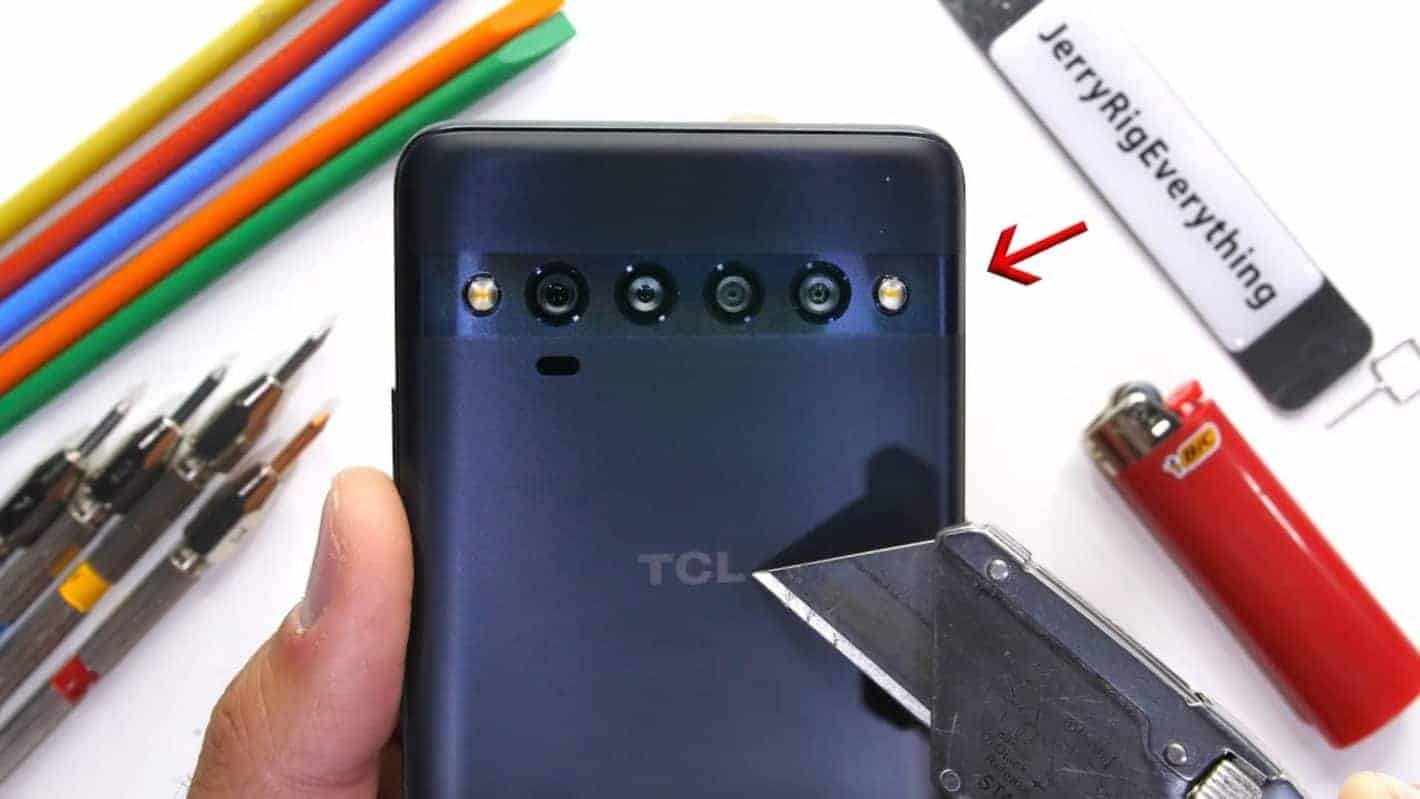 JerryRigEverything's Zack Nelson has now put the TCL 10 Pro through its paces to see how durable it really is. And, as it turns out, it doesn't cost an arm and a leg to buy a durable smartphone. TCL's first entry into the smartphone market under its own branding — costing just under $450 — passed the test with flying colors.

Mr. Nelson starts his test by first scratching the display, which he describes as feeling "different" from other devices. The glass scratches at a level 6 on the Mohs scale and deeper grooves, unsurprisingly appear at level 7. That's typical but the YouTuber points out that the glass feels 'harder' here than on other smartphones.

That same glass covers the front-facing camera, housed in a tear-drop notch. And the in-display optical fingerprint scanner appears to work properly still. Even when scratched with deeper grooves.

The edges on the TCL 10 Pro, are scratchable with a razor. But that's down to them being made of a material that's ultimately a bit more durable in other ways. Namely, metal. The power and programmable buttons as well as the volume rockers are made out of metal. The sole exception is the top-mounted IR blaster.

There are two areas where this smartphone doesn't seem to fare so well. Despite being durable to survive being scratched and bent, it isn't IP-rated. That means it doesn't, at least officially, have any water or dust protection to speak of. While that doesn't mean it won't survive light splashing or being dropped in the dirt, how well it will survive is another question. TCL simply isn't making any claims on that front.

And the screen, as shown in this durability test, doesn't withstand high-heat well either. It isn't common for users to hold up a lighter to the display of their smartphone. But that does replicate what could happen — but not necessarily would — if, for example, the phone is repeatedly left in the sun in a hot car, under the windshield.

Now, a lighter, such as that used in the test, can reach well above the temperatures experienced in a hot car. But prolonged damage from that isn't out of the question. Under the lighter test, the screen lasted around 30 seconds before the pixels turned white and weren't recoverable. That's not too surprising since this is an AMOLED panel and that's been typical of those screens in these tests. But at least a segment of the pixels does turn blue instead.

It's not immediately clear why that's the case. But it could have something to do with the under-display SDR-to-HDR technology and other similar features found in the TCL 10 Pro.

But what about bending the TCL 10 Pro?

Hardened glass also coats the back of this smartphone, with the camera tucked underneath rather than in a hump. That glass is frosted with the exception of the area directly over those sensors. So there's a bit more grip to be found.

Despite that extra grip, the test showed that this phone only slightly flexes in a bend test. There's no noise associated with that, which indicates that it doesn't put the hardware under too much strain either. The two raised LED flash at the back, meanwhile, will add further protection to the cameras when it's placed down screen-side up.

Overall, it appears as though the TCL 10 Pro is just about as durable as top flagships, aside from the lack of water-resistance.