This tool notifies the driver of an approaching speed camera so that they can avoid getting caught for overspeeding. Not only this saves drivers from unnecessary fines, but it also adds to their safety. Keeping vehicles under the speed limit greatly reduces road accidents.

The Mobile Speed Cam “contributes to the reduction of accidents in danger and high-risk zones by encouraging drivers to moderate their speed,” the company said in a press release.

This premium service costs €14.99 per year. It is available as an add-on in Sygic GPS Navigation for iOS and Android smartphones.

Sygic uses a global database for speed camera locations “to deliver outstanding quality and accuracy in reported speed limit enforcement”. The database combines information from user communities as well as from news feeds and field surveys.

Founded in 2004, Sygic is a leading global GPS navigation vendor. It offers maps for more than 200 countries in the world and operates in more than 30 languages. The company says more than 200 million drivers use its services worldwide.

Studies have found that the number of road accidents, injuries, and deaths drop significantly in areas with speed limit enforcement. The number of crashes comes down by up to 49 percent while fatalities drop by as much as 58 percent.

Sygic believes having a mobile accessory constantly notifying drivers of speed limits can make this system even more efficient. Rather than looking out of their window for speed limit signs, drivers can be more focused on the road itself.

“We believe that speed cam reporting can be done better than by continuously distracting drivers while they should be completely focused on the road in front of them,” said Lukas Dermek, Head of Product at Sygic.

“That’s why the new add-on for Sygic GPS Navigation relies not only on user input but also several others, including third parties, government research, news feeds, and field surveys.”

Be mindful that the use of speed camera apps is prohibited in some countries, like Germany. So before you use Sygic GPS Navigation’s new Mobile Speed ​​Cam feature, make sure it’s lawfully permitted in your travel destination. 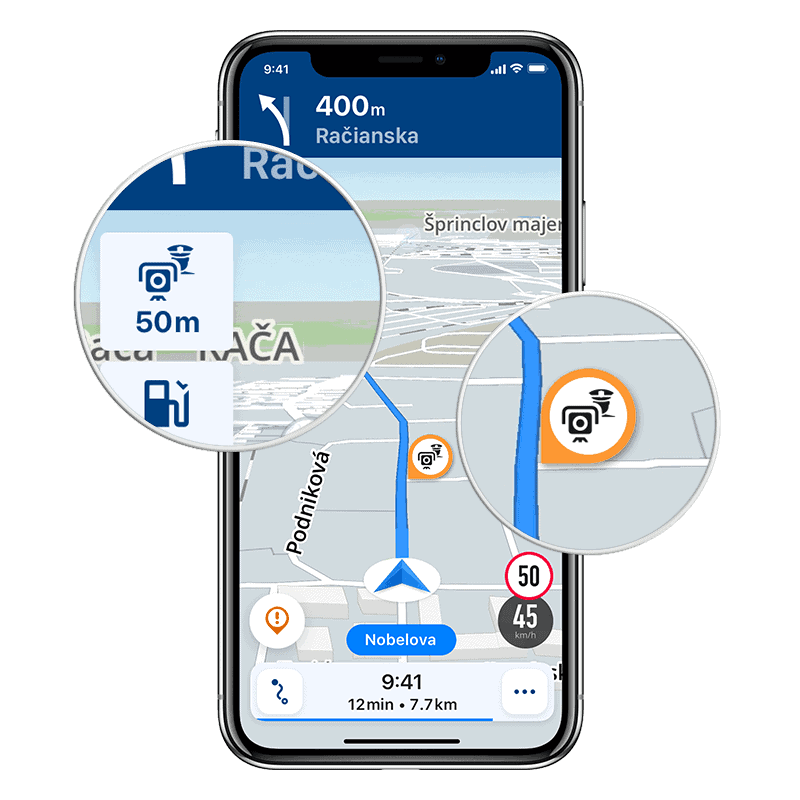