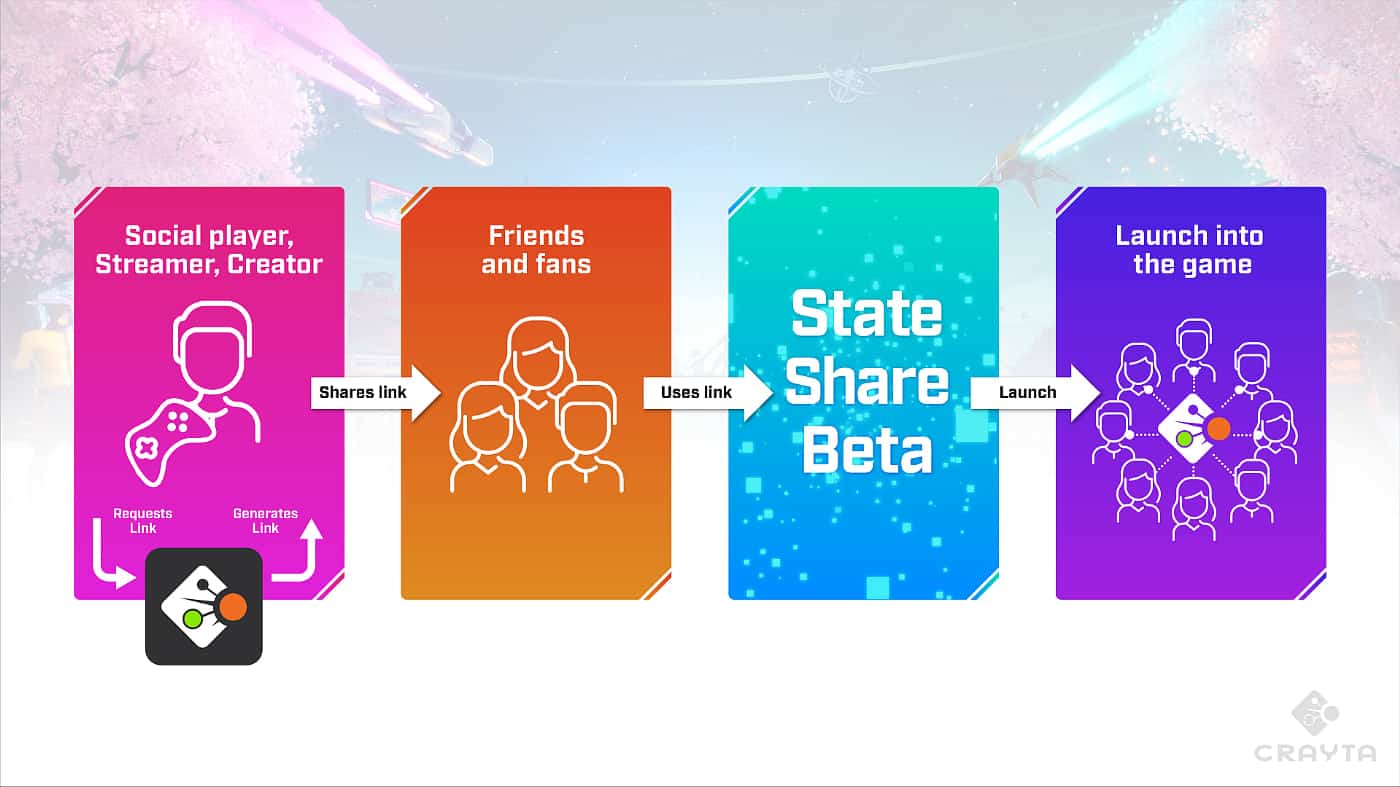 The Stadia State Share feature is finally coming to the platform. It'll be launching at some point this Summer along with the release of Crayta, an upcoming new game.

The State Share feature will be in beta at first, so although Stadia users will be able to use it, it won't be fully launched like the Stream Connect feature you can use in games like Ghost Recon Breakpoint.

It's also only going to be usable with Crayta when it releases in this state.

This is not new information but just in case you forgot, the benefits of Stare Share are that it allows the ability to share game access through links.

That's the basics of it at least. In more detail, with it you can create a link for a game you're currently playing. In this case it will be Crayta and Crayta only for now. That link saves the state of your game. If friends, family, followers or anyone else clicks that link, then they'll hop into the game exactly where you saved it through State Share.

It's a pretty neat feature that allows users to easily join in-progress game sessions. Let's say you have a friend that wants to play with you. If you're already in-game, simply request and create a link, share it with them, then they can hop in rather easily.

It's not too much different from the way Google has allowed launching Stadia games through links. The main difference here is that State Share lets people join your current session. Whereas Google's links to launch games do not. They simply launch the game from wherever the person who clicked the link left off.

State Share is one of a few missing features

With State Share finally making a debut soon, there's not too many features left that Google promised for the platform when it announced everything back in 2019.

Other features like Crowd Choice, are also still missing, as is the ability to live stream your Stadia gameplay. Crowd Choice is geared towards content creators, and basically lets viewers join in the fun by making decisions for the streamer.

Both it and the live stream feature will have a synergistic nature and work well together. So far this year it seems like most of Google's focus has been on adding more games to the library. Something which is definitely needed.

As the year goes on, Google is continuing to ramp up efforts to make Stadia a more robust gaming platform.