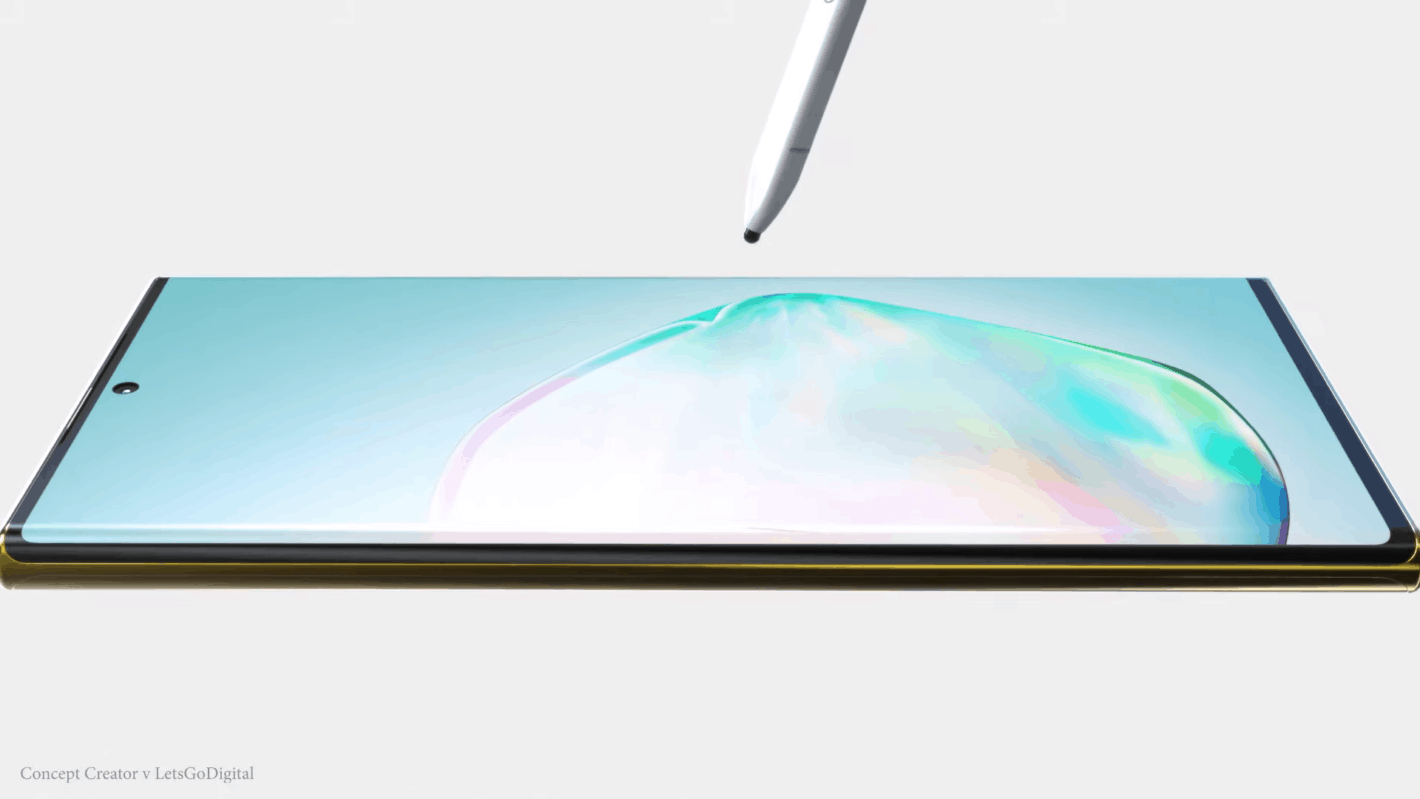 This video has a duration of about two minutes, and it is embedded below the article. The designer notes that this is a concept, but that it is based on leaks that we've seen, and could resemble the real thing.

This phone is made out of metal and glass, and it features symmetrical design. Its sides are curved all the way, equally, on the front and back. Its top and bottom sides are completely flat, by the way.

A huge camera module is placed on the back, in the top-left corner. That module hosts a bunch of cameras, and it does protrude quite a bit. It's a beefy camera module, similar to the one on the Galaxy S20 Ultra.

Samsung's logo is placed on the back as well, while the S Pen sits at the bottom. The display is curved, while the bezels are extremely thin. The side ones are basically non-existent, while the top and bottom ones are really thin.

A display camera hole is also a part of the package, and it is centered. This is a similar approach to the one Samsung took with the Galaxy S20 series.

The designer also notes that this imaginary phone has a QHD+ 120Hz display, and it shows several different colors of the device. Blue, Copper, Gold, and Black variants are shown here.

That is at least the rumored date for the launch, but it hasn't been confirmed by the company just yet. These are not the only devices that will launch during that event, though.

Samsung is also planning to announce the Galaxy Fold 2, and the Galaxy Z Flip 5G during the same event. So, the company will essentially release 5 flagship-grade phones at the same time.

The Galaxy Tab S7 and S7+ are expected to come sooner, in July, along with the Galaxy Watch 3. All of those devices have been leaking like crazy over the last couple of weeks.

It seems like July and August will be quite interesting for Samsung and its fans. The company is getting ready to release quite a few new products.