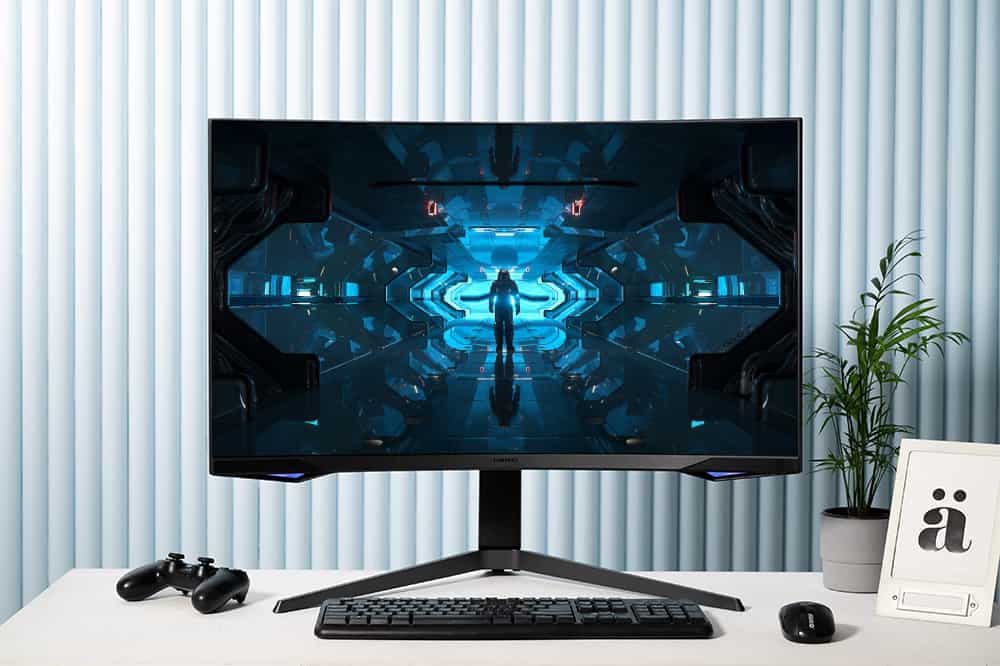 Samsung has been very clear from the start that its new Odyssey monitors, like the Odyssey G7 range, were designed specifically for gaming.

This doesn't mean you can't use a Samsung Odyssey G7 for things other than gaming. But as a monitor designed with gaming in mind, they're sure to enhance the experience on many different levels. Today Samsung has laid out some of those benefits so gamers will know what to expect should they decide to buy one.

Samsung's list is not exceedingly long, but it's also not exhaustive. It's merely a drop in the bucket focusing on what Samsung feels are the key points that makes this such a good piece of hardware for this form of entertainment.

If you've ever played games for longer than a few hours at a time, you may know something of visual fatigue. And the strain you can get from sitting in front of and staring at a monitor for so long.

While Samsung doesn't claim to completely get rid of this, it does state that the Odyssey G7 should help reduce it quite a bit.

Specifically, it's able to offer consistent brightness to you the entire time it's being used. Samsung also notes that color coordination and contrast range are consistent throughout the time of use as well. And that all three of these elements stem from the center of each edge of the display. Meaning equal dispersion from all points.

"No more lag" and a consistent field of view

Any gamer who plays enough online games knows a thing or two about lag. And how bad it can make the experience if it pops up at the worst possible times.

The G7 range was designed to help reduce lag. Samsung says "no more lag" but what's more likely the case is that players will experience a whole heck of a lot less than with some other monitors. This is all thanks to the 1ms response time that the G7 offers.

Samsung says this allows for mouse commands to be visualized on the monitor instantaneously. It also doesn't hurt that you can probably see everything all the time no matter where you're looking on the monitor.

Because the G7 range comes with a 1000R curvature. Which is world's first for a monitor, players always have a consistent field of view. Helping to make things more immersive.

Samsung officially launched the G7 range of monitors on June 1, but it has not yet confirmed what the cost of the monitors are, nor when you can actually purchase them. The G7 comes in two different sizes – the 27-inch, and the 32-inch.