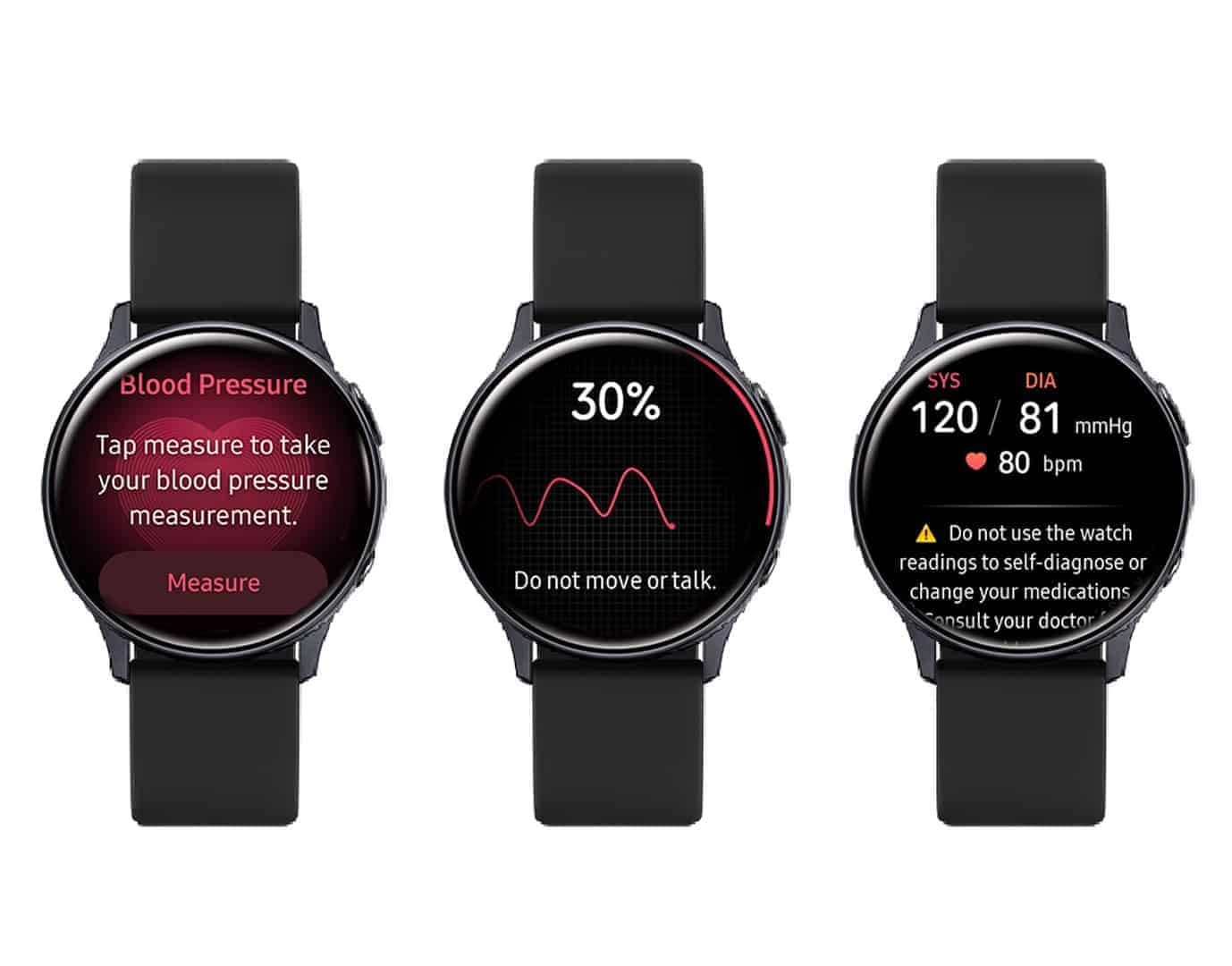 Galaxy Watch Active 2 users in South Korea can now download the app. This allows them to track their blood pressure from anywhere at any time.

Many other health indicators can also be tracked on the app. Samsung is even promising that Electrocardiogram (ECG) tracking will be functional before the end of the year.

The app received clearance from South Korea's Ministry of Food and Drug Safety (MFDS) allowing them to roll it out. Users will have to have the app downloaded both the Active 2 and a Galaxy smartphone in order to get the app the be fully functional.

To track your blood pressure on the app users will need to first calibrate with a traditional cuff. Having done this they can press "Measure" whenever they want. This will give an accurate reading through the Galaxy Watch Active2 wrist sensors.

The app then analyzes the comparison between the calibration and blood pressure change. Users can then sync this reading with Samsung Health Monitor app on their Galaxy phone.

This can then be tracked over days and weeks and even shared with your doctor if you think there is a problem.

Track health indicators at any time

Electrocardiogram (ECG) tracking will also be functional on the app later in the year. These ground-breaking new features for a health app will better help users track their condition regularly. This is just two of the health indicators users can track on the app.

In addition to this, those with the app can monitor a range of other health indicators. These include exercise, sleep, stress as well as others.

This is a significant step forward in the health and wellness space from Samsung. It has been a busy couple of weeks for the company which has seen information about the battery capacity of the Galaxy Fold come out.

In addition, as has some of the specifications for the Galaxy Watch 3. With all this going on hopefully the useful features of this health app will not slip past people.