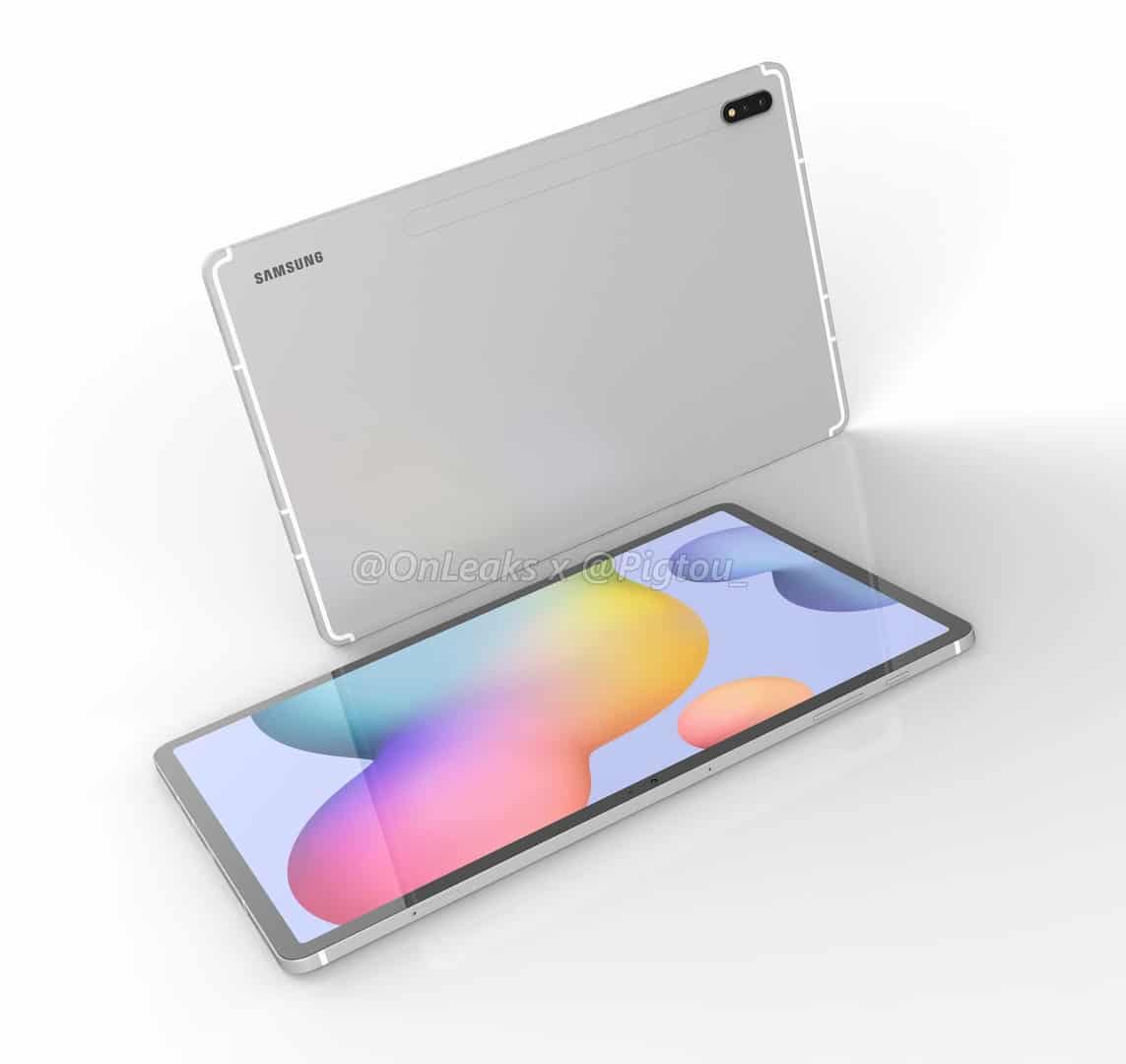 The Samsung Galaxy Tab S7+ design has just surfaced in CAD-based renders (both images and video). These renders have been shared by Pigtou and OnLeaks, in collaboration.

These renders are probably quite accurate, and they reveal the design of Samsung’s upcoming flagship tablet. As you can see, the device will have quite thin bezels.

Tables should always have bezels for grip purposes, though that doesn’t mean they have to be thick. That’s something that Samsung is trying to express with this design. The device will not include display holes, or a notch, by the way.

The company seems to have placed two cameras on the back of this device. Those two cameras are vertically aligned, with an LED flash placed below them. The whole camera module protrudes on the back.

We’re not sure what material is Samsung using here, but it’s either metal or glass. It sure looks like metal in the renders that are provided here, though.

Overall, the design of the Galaxy Tab S7+ resembles the design of Apple’s last-gen iPad. It has those flat sides and everything. You will also notice pogo pins on the left, for docking purposes.

The Galaxy Tab S7+ will feature a 12.4-inch display. That is quite a large display, for a tablet, and only slightly smaller than the one Apple’s 12.9-inch iPad is offering.

We’re sure that Samsung will utilize an OLED display here, by the way, and the resolution is still unknown. If we had to guess, though, we’d say this will be a QHD+ 120Hz panel.

To round up the package, Samsung will also throw in an S Pen stylus into the mix. That stylus will ship alongside the Samsung Galaxy Tab S7+.

Some may assume these two devices will arrive in August, along with the Galaxy Note 20 series. That almost certainly will not happen, though. Samsung will launch five flagship-grade devices during that launch event, so including these two tablets would be hectic.

The Galaxy Tab S7 and S7+ will almost certainly launch next month. We still don’t know when exactly will that happen, but July seems to be the month it will happen.