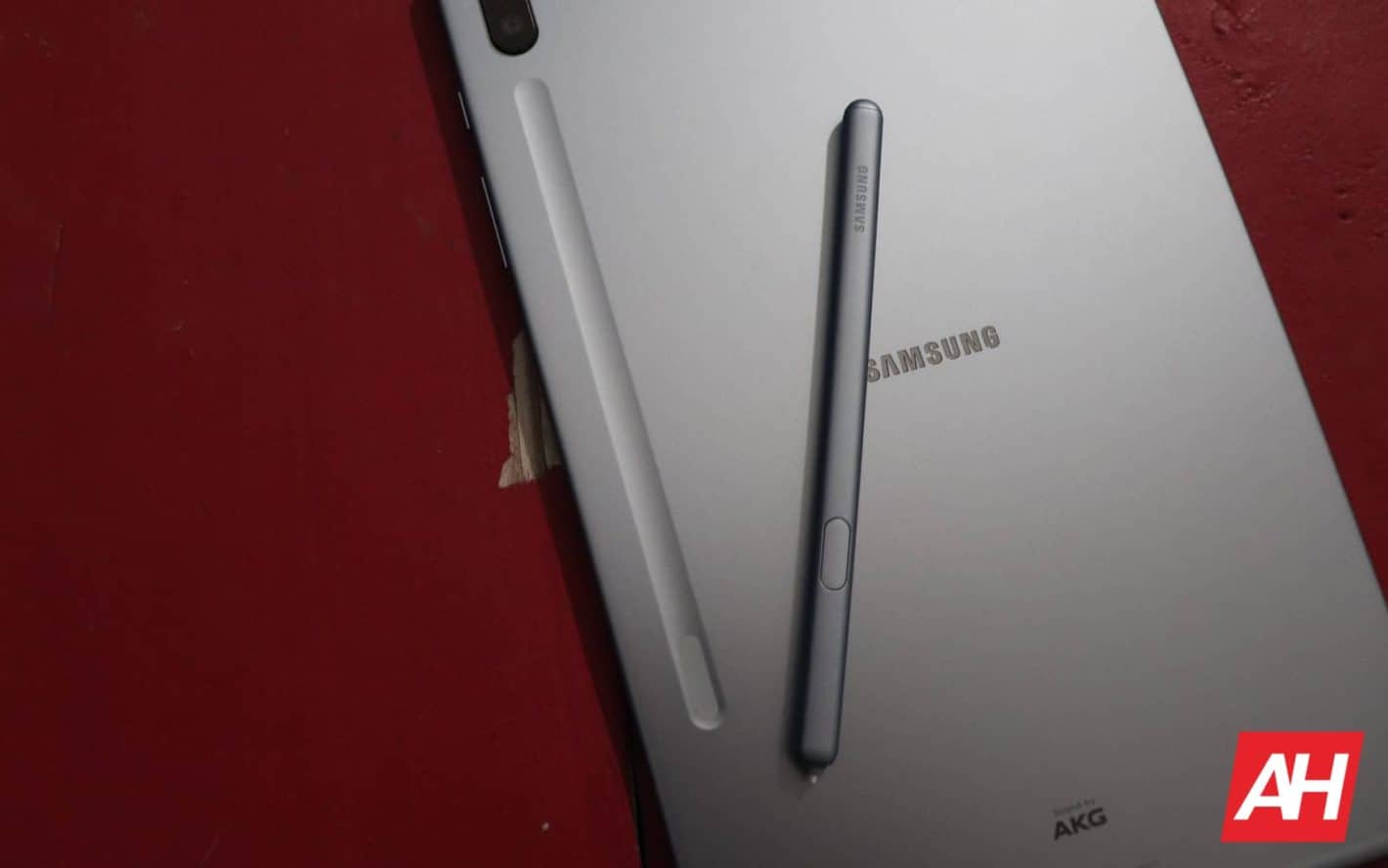 This article will be regularly updated with new information on the Samsung Galaxy Tab S7 and Galaxy Tab S7 Plus (this is a preview article) — encompassing official teasers, credible leaks, rumors, and any insider claims — as it becomes available in the run-up to the release of the upcoming premium Android tablet. The last update was made on June 3.

Samsung is primed to release its next tablet offering as the Galaxy Tab S7. The direct successor to the Samsung Galaxy Tab S6 series, the flagship device is rumored to arrive alongside the Galaxy Note series this year. As with that older tablet, it could arrive either with a without a major press event.

It could also be dubbed the Galaxy Tab S20 instead. That would be in keeping in line with the changed branding for Samsung’s flagship smartphones. Whatever the case, the rumor mill has started turning, pointing to top-level specs and a renewed focus on productivity. That should equate to a better experience at a slightly higher cost. Here we’re taking a look at the three expected devices, in the form of a preview.

Top-level specs and a design to match

Now, leaks regarding the Samsung Galaxy Tab S7 design have been sparse. But it isn’t unreasonable to look to its past devices here. The Samsung Galaxy Tab S6 measured in at 244.5 x 159.5mm and came in at just 5.7 mm thin. It was centered around a completely metal build, bringing the weight to just shy of a pound. Extrusions such as buttons and the camera were kept to a minimum, in keeping with the overall design of the Galaxy Tab S6.

By all accounts, users should probably expect the same from the Samsung Galaxy Tab S7. Samsung may opt to reduce bezels and thickness further. But it will most likely, in general, follow a similarly minimal design.

Setting aside the overall design, Samsung has been rumored to release the standard Galaxy Tab S7 in an 11-inch form-factor this time around too. That’s up a half-inch from the previous generation of devices. Some speculation has been suggested that the company could bring over its 120Hz display technology as well. That would follow past trends with Samsung delivering specs from its latest flagship smartphone in its top tablets.

Along those same lines, the device is expected to support 4G LTE and both 2.4GHz and 5GHz Wi-Fi 6 bands. The Bluetooth version supplementing that has not been reported as of this writing. The company will most likely launch the gadget with both Wi-Fi-only and LTE versions.

Qualcomm’s top-of-the-line Snapdragon 865 CPU is expected in the build, following the Galaxy S20 specs. No indication of RAM or storage has been found yet. But the Samsung Galaxy Tab S6 shipped with 128 GB of storage and up to 256GB. RAM fell in at either 6GB or 8GB. So the specs here should be the same or better.

The battery size supporting that hardware has not been leaked. But this device should ship with at least 25W fast charging support.

Android 10-based One UI 2.1. That’s the latest released version of the OS and recently shipped out to the Samsung Galaxy Tab S6. It delivers a plethora of new features on that device which should make their way over to any new tablets Samsung might release. For instance, it replaces Bixby Home with Samsung Daily, and it adds multilingual translation, text undo/redo, and search features on Samsung Keyboard.

Samsung Daily replaces Bixby Home on Android 10. Samsung has also added a multilingual translation feature, a text undo/redo feature, and an ability to search for music in Spotify on Samsung Keyboard. Music Share and Quick share were added as well. The former of those is comparable to Apple AirDrop, allowing the sharing of photos, videos, music, and other file types to other Samsung Galaxy devices with a tap. The latter allows shared Bluetooth connections for media devices.

Of course, that’s atop several other enhancements to dark mode, icons, animations, and more UI tweaks.

Samsung could also opt to utilize One UI 2.5, which is in the works. But it remains to be seen if that UI will be ready quickly enough or if Samsung might choose to send that to its smartphones first. It also isn’t clear whether there’d be any tablet-specific enhancements with version 2.5.

Samsung Galaxy Tab S7 Plus would contend with size and 5G

Reportedly, the device would likely bring a bit more to the table. Not only is there a chance that Samsung would launch the tablet with a slightly higher set of specs in terms of RAM and storage. The company will also reportedly launch the device with a 5G variant.

That would take the price up a bit but would also vastly improve productivity since users could get a much faster connection on the go. There’s been no indication which carriers might be chosen for that. But every indication is that at least Europe and possibly the US would see sales of the tablet.

Each of the above-mentioned variants will almost certainly hold to other recent trends for the Galaxy Tab S-series of devices. To begin with, each will undoubtedly ship with a distinctive S Pen stylus. Samsung typically iterates with features for that stylus on its flagship phones but hasn’t done so for its tablets. Instead, it’s mostly been the design of the pen that has changed.

That may or may not stay the same for the Samsung Galaxy Tab S7 and its various configurations. Rumors and leaks surrounding the pen are limited to the fact that the Galaxy Tab S7 series will come with one. It also remains unclear whether that will attach to the device magnetically or be housed internally. The former seems more likely since that’s been the trend with Samsung’s most recent top tablets.

Similarly, there hasn’t been much reported about the keyboard here. The Samsung Galaxy Tab S6 and Tab S6 Lite each came with a magnetic, pogo-pin keyboard. But the smaller screen size meant that the keyboard was relatively cramped, even if it did enable a laptop-like DeX experience.

Both the smaller Samsung Galaxy Tab S7 and Tab S7 Plus should benefit on that front since a larger screen size leaves more space for the keyboard to be spread out. The Galaxy Tab S7 Plus, at 12.4-inches, approaches laptop size, so DeX on that tablet should provide a near-laptop-like experience.

Rumors surrounding the suspected launch date for the Samsung Galaxy Tab S7 and Tab S7 Plus point to August. That’s following in line with previous launches in the device family. But that’s also backed up by recent certifications.

One certification, in particular for model number SM-T976B, points to the Samsung Galaxy Tab S7 Plus being readied for launch. The device was spotted passing through certification for the Wi-Fi alliance. Such certification, as with those from the FCC, Bluetooth, and TENNA filings, are typically only granted after finalization in the lead-up to launch.

Alongside certification, rumors also suggested that Samsung may rename its Tab S series as the Samsung Galaxy Tab S20 and Tab S20+ instead. That naming convention hasn’t been confirmed in the documentation. But it would follow in line with the latest flagship smartphones from the company.

Pricing is a mystery, for now

Another facet of the upcoming Galaxy Tab S7 series from Samsung that not yet leaked is its price. But there has been some speculation based on the previous pricing of the Galaxy Tab S6. Samsung is predicted to raise the price of the Tab S7 series but to keep it below the price of its chief competition, the iPad Pro, to start. That would place it, speculatively, between $650 and $799, likely ranging closer to $650 for a base model.