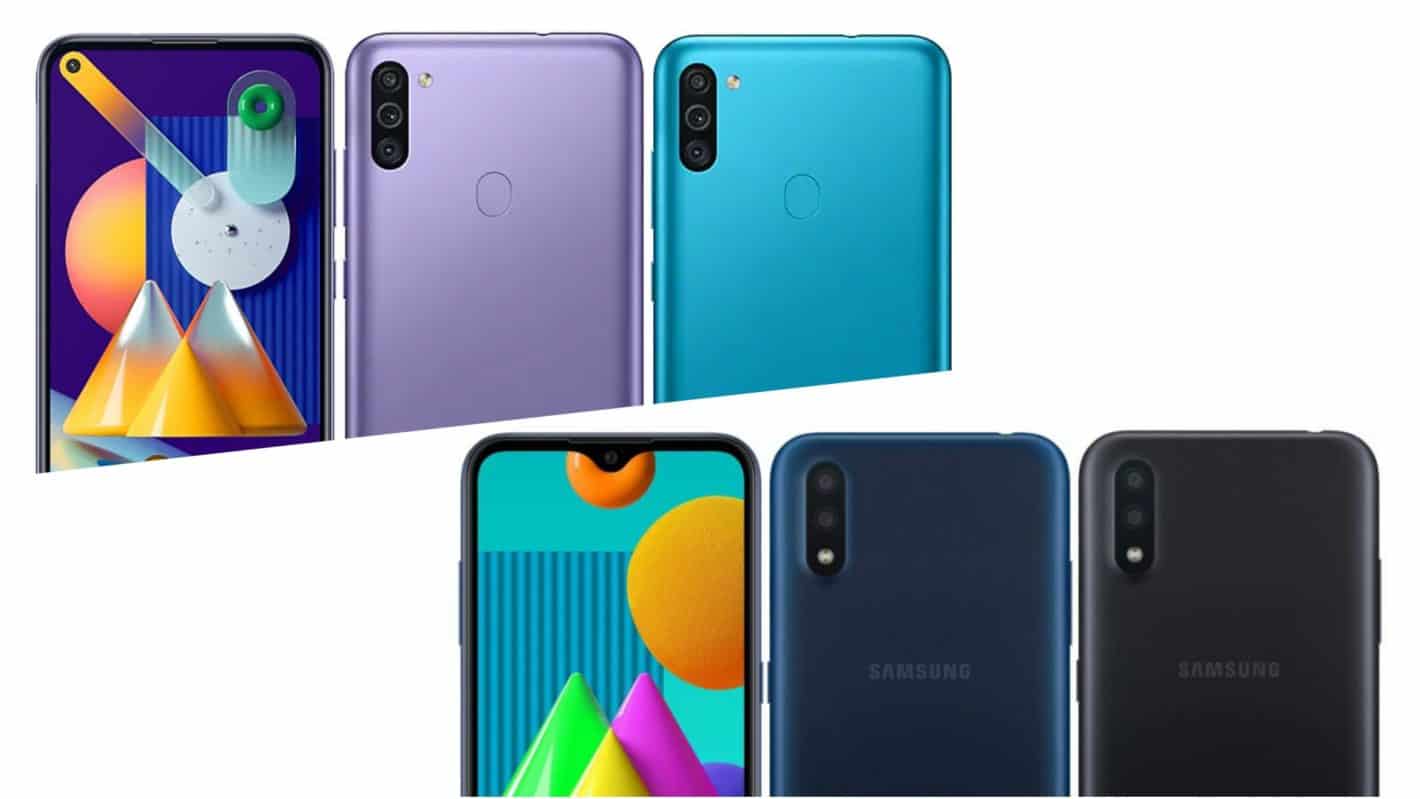 Samsung has just announced two new phones with big battery packs, the Galaxy M11 and M01. Both of these phones have been announced in India, and we're not sure if they'll make it to other markets.

Both devices include 5,000mAh battery packs, and both are quite affordable. That makes sense, as these are budget phones, which is clearly noticeable when you take a look at their spec sheets.

Both devices are made out of polycarbonate (plastic). The Galaxy M11 sports a display camera hole in the top-left corner, while its bottom bezel is a bit thicker than the rest. It includes a rear-facing fingerprint scanner, and three cameras back there.

The Galaxy M01 sports a waterdrop display notch, and its 'chin' is considerably thicker than the rest of its bezels. This phone comes with two cameras on the back, and they are vertically-aligned, like on the Galaxy M11.

Now, in terms of specs, let's start with the Galaxy M11. The device features a 6.4-inch HD+ LCD Infinity-O display. The phone is fueled by the Snapdragon 450 64-bit octa-core processor. 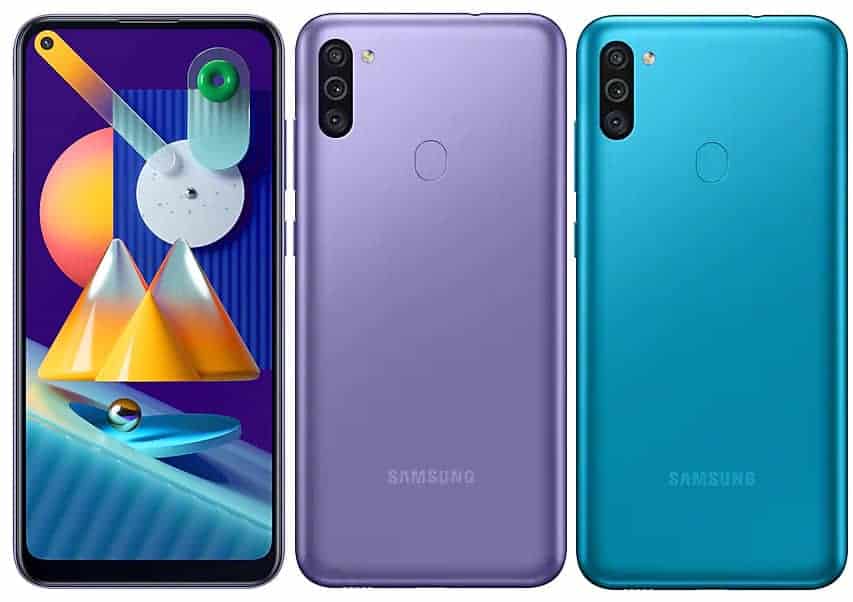 The Samsung Galaxy M11 sports 3GB / 4GB of RAM, along with 32GB / 64GB of storage. Storage is expandable on the device, by the way. Android 10 comes pre-installed on the phone, along with OneUI 2.0 skin.

The Galaxy M11 packs in a 5,000mAh battery, and it supports 15W wired charging. The phone comes in Black, Metallic Blue and Violet colors. Its pricing starts at Rs. 10,999 in India.

The Galaxy M01 includes a smaller display, and a waterdrop notch

The Galaxy M01, on the other hand, sports a 5.7-inch HD+ LCD Infinity-V display. The phone is fueled by the Snapdragon 439 64-bit octa-core processor. The phone includes 3GB of RAM and 32GB of expandable storage. 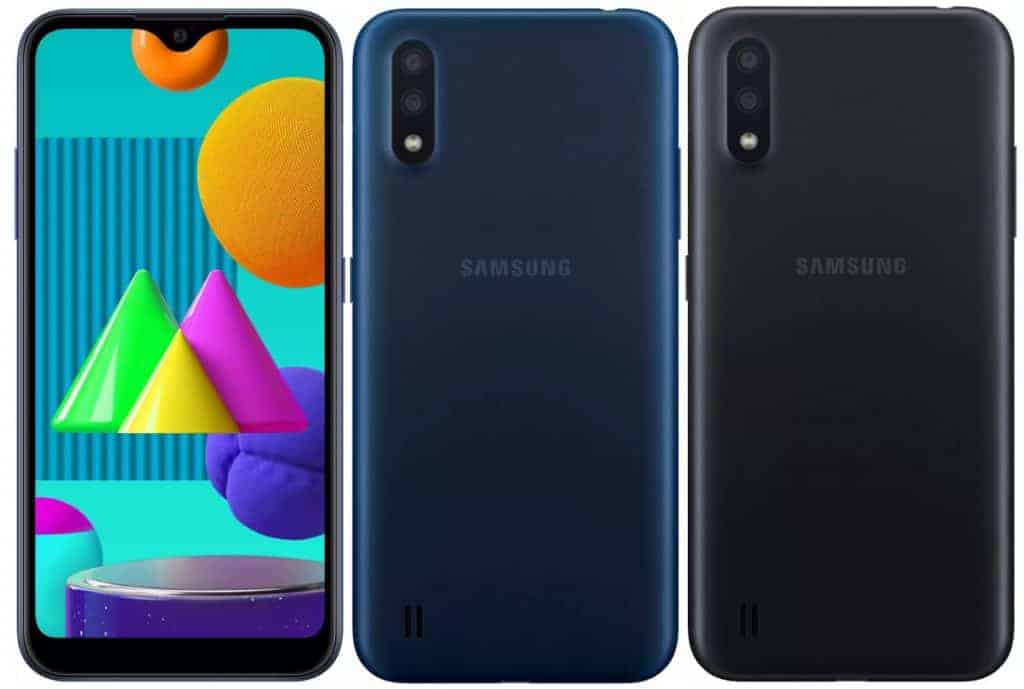 Android 10 is pre-installed here, along with OneUI 2.0. This phone comes with the same dual SIM setup as its sibling. The device does not have a fingerprint scanner, but it does support Face Unlock.