A mysterious Samsung smartphone with model number SM-A013F had hit the benchmarking platform Geekbench a couple of weeks ago. The benchmark revealed a mere 1GB of RAM and a MediaTek MT6739 quad-core chipset, suggesting it to be a budget phone. Now, a couple more official listings have revealed some additional pieces of information about this upcoming Samsung smartphone. Firstly, this budget Samsung phone will be called the Galaxy A01 Core, and it's likely to offer a removable battery.

The handset recently picked up the necessary certification from the Bluetooth SIG, confirming its market name. The listing also reveals that the smartphone will come with dual-SIM support and will feature Bluetooth v5.0. 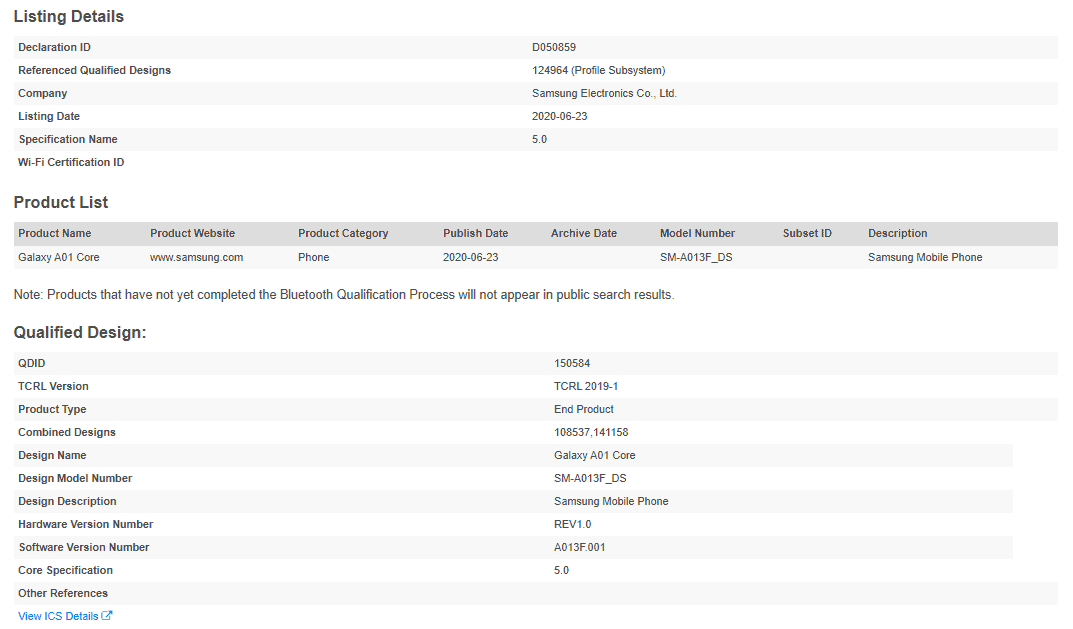 A separate listing on the Google Play Console further reveals that the Samsung Galaxy A01 Core will feature an HD display with a resolution of 720 x 1480 pixels and a screen density of 320 DPI. It also confirms the presence of 1GB RAM and the MediaTek MT6739 chipset.

This SoC features four Cortex-A53 CPU cores clocked at up to 1.5GHz. The processor gets support from the PowerVR GE8100 GPU by Imagination Technologies, operating at a frequency of up to 570Hz.

The Samsung Galaxy A01 Core will reportedly come with 16/32GB of storage in black, blue, and red colors. It will run Android 10 out of the box, most likely the Go Edition.

The Google Play Console listing also contains an image of the device. If that's indeed the Samsung Galaxy A01 Core, then we're looking at a device with a notch-less display, big top and bottom bezels, and a single front-facing camera, obviously.

The handset has its power and volume-control buttons on the right side.

The Samsung Galaxy A01 Core may pack a removable battery

Samsung first launched a Core-branded Galaxy smartphone back in August 2018, the Galaxy J2 Core. The company followed it with the Galaxy J4 Core in November 2018 and the Galaxy A2 Core in April 2019. Samsung also launched a 2020 version of the J2 Core with more storage in April this year.

Apart from all running the Go Edition of Android OS, three of the four Core-branded Galaxy smartphones share one more characteristic. The Galaxy J2 Core, A2 Core, and J2 Core (2020) all pack user-removable batteries.

The upcoming Galaxy A01 Core is likely to follow the same path as well. A 3,000 mAh removable battery for the device (SM-A013F) was recently spotted with part number EB-BA013ABY.

With the Galaxy A01 Core starting to appear online more often, it's official introduction shouldn't be too far off now. Expect Samsung to launch it in some markets in the coming weeks, most likely across Europe and Asia. 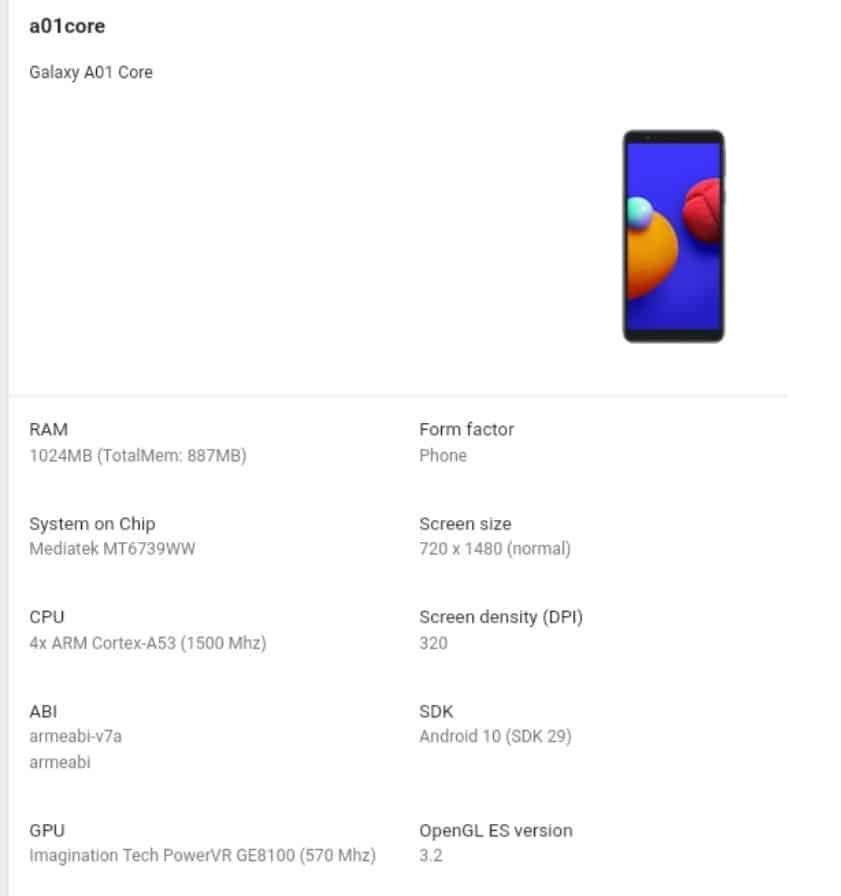