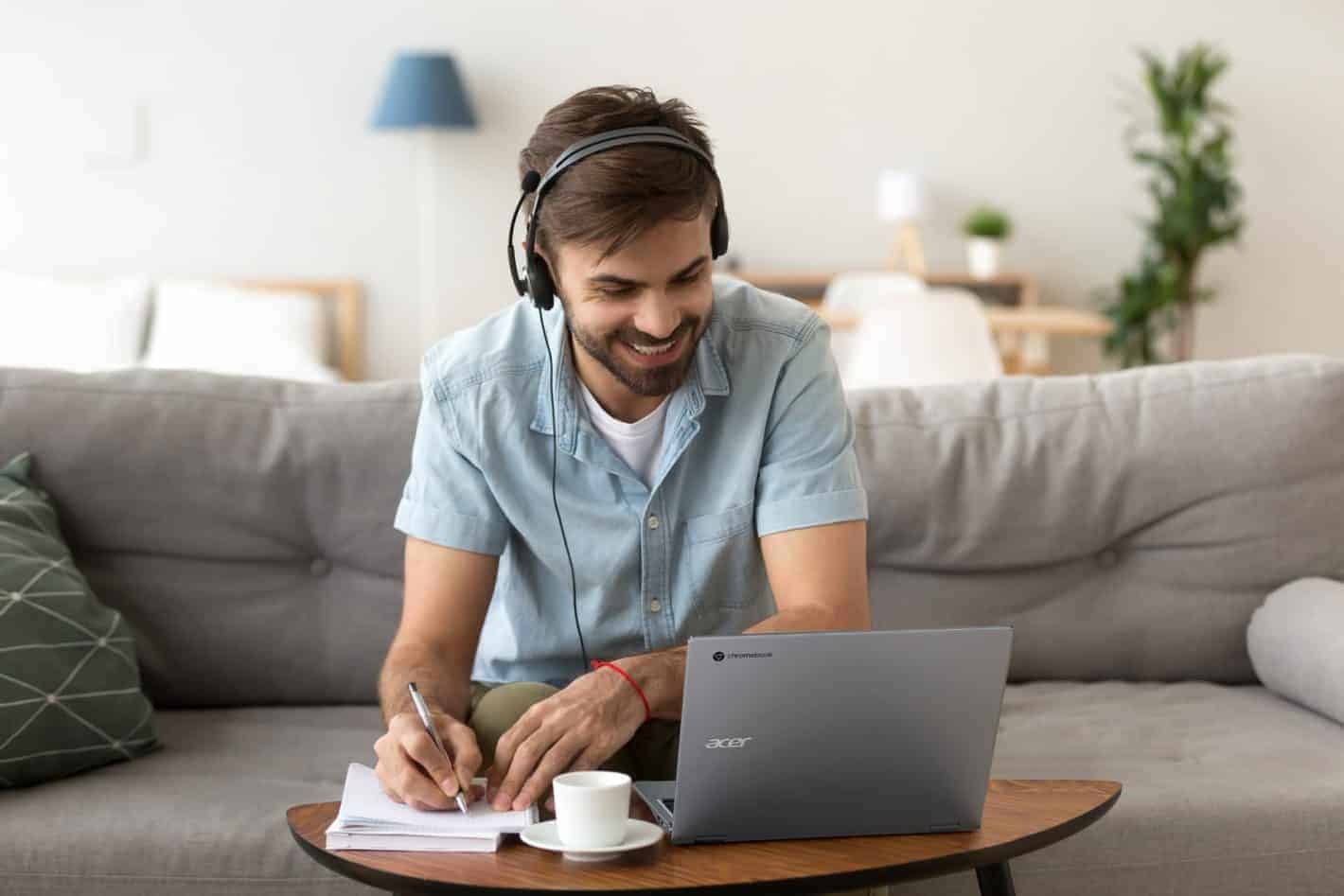 Acer has now launched a new set of Chromebook Spin 713 series laptops designed to bring a variety of options to both general consumers and the enterprise space. Designated by the CP713-2w model number, the new Chromebook Spin 713 and Enterprise Spin 713 pack some of the most powerful hardware around. Alongside comparably empowering secondary components, That's packed into a newly-designed aluminum chassis. And that, in itself is built to US MIL-STD 810G standards. So it's resistant to dents, corrosion, and other similar damage.

What sets the Acer Chromebook Spin 713 apart for consumers?

As hinted above, what sets the Acer Chromebook Spin 713 apart is a 'whole package' examination of the device. Built on a 2-in-1 folding platform, Acer packed its Chromebook Spin 713 and Enterprise variant with 10th-Gen Intel processors. But it didn't just choose the most powerful of those. This Chromebook is meant to cater to just about anybody. So the available processors stretch from the Intel Pentium Gold 6405U to the Intel Core i7-10610U.

That breadth of chipsets is backed by Intel's UHD graphics chips and further upheld by 4GB of single-channel DDR4 SDRAM at the budget end. At the top tier level, that's bumped to up to 16GB and up to 256 GB of NVMe storage at 8 Gb/s across up to 4 lanes.

The goal here, of course, is to deliver the performance users need and not more or less than that wherever possible.

Tucked in behind those components and powering its scroll-reducing 3:2 ratio, 2K Acer CineCrystal display, is a three-cell battery. That can, according to Acer last for up to 10-hours on a single charge. The battery has been tested using the Intel Project Athena program. For clarity, Project Athena is a means to test the battery life of a gadget based on real-world usage. It's intended to be far more accurate. So the figures here should be fairly accurate, bearing in mind that hasn't always been the case with Project Athena hardware.

That's a "fast-chargeable" battery too. Although Acer hasn't specified what the charge up time on this gadget is.

All of that combines into a potentially powerful device that can do just about anything end-users require, especially in the Enterprise segment. And that's all backed up by the power of Chrome OS itself. That means it's not just energy-efficient but that it's also efficient in terms of resource management. And users gain access to Linux software, Android apps, and of course Chrome Web Apps as well as Google's suite of office solutions.

Security is also enhanced by the use of Chrome OS.

Building out on that further, Acer's design here is top-notch. Not only is this a 2-in-1 convertible stand, tent, or tablet laptop. It's packed with dual-integrated stereo speakers and two microphones for better audio both in and out. That's despite being built within the confines of thinner bezels for a smaller frame, measuring just over half-an-inch thin and right around 3lbs.

The company also opted to incorporate a backlit keyboard standard.

For connectivity, the Acer Chromebook Spin utilizes a dual-band Wi-Fi 6 AX201 (802.11ax) solution — with 2×2 MU-MIMO technology. That's in addition to local connections provided by Bluetooth 5.0 and a slew of ports for connecting everything else. Acer packed the keyboard frame of this gadget with no fewer than two USB 3.1 Type-C ports. And both of those are capable of supporting USB 3.2 Gen 1 connections. That enables up to 5Gbps. This Chromebook supports DisplayPort over USB-C as well.

A MicroSD card reader, HDMI port, USB 3.0 standard, and a 3.5mm audio jack round things out.

What's different about the Enterprise edition?

On the Enterprise front, the Acer Chromebook Enterprise Spin 713 tops the package with the Chrome Enterprise Upgrade. That's a program that's meant to help IT departments better manage devices across large scale environments. But it's well suited to businesses of various sizes.

For instance, it can be used where employees are sharing devices or where each worker has their own devices. And that's going to make features like the above-mentioned antimicrobial screen and touchpad all the more important. But, as with most Chromebooks, Acer's goal here is to offer that in a portable frame that's well-suited for workers on the move. The company says that it's for that reason that the Chromebook Enterprise Spin 713 is well suited for everything from health care to retail.

Chrome Enterprise also creates a more secure and productive environment, particularly for workers who are operating in the cloud.
Again, that's stacking atop Chromebooks' already fast, secure operating system. For enterprises, the packaged features of Chrome OS and management tools of Chrome Enterprise Upgrade bring out-of-the-box simplification of everything from deployment to management and security coverage.

IT administrators will likely also appreciate Chrome Enterprise Upgrades easy-to-control update cycle, app management, extension and policy management taking place in a web-based environment. And all of those features should make it easier for IT departments to manage associated costs.

For those who want a deeper look at just what Acer's offering with the Chromebook Spin 713, here are some technical specs, as provided by the company. This is arguably going to be among the most versatile lineups in recent times to launch running Google's Chrome-based OS. Of course, that also includes those that have been launched with the Enterprise-specific upgrade.

Now, it goes without saying that the exact pricing, availability, and even specs are going to vary a bit based on region. That's looking past the fact that at least one of the newly-announced Enterprise-specific models, seems to have made an early appearance in some European countries. Acer has provided at least a couple of foundations for pricing to go on with the official launch, however.